Please ensure Javascript is enabled for purposes of website accessibility
Free Article Join Over 1 Million Premium Members And Get More In-Depth Stock Guidance and Research
By Daniel Jones - Mar 25, 2014 at 9:30AM

After news broke that Apple and Comcast are in talks about Apple TV receiving faster broadband speeds, investors reacted positively by pushing the tech giant's shares up. But is this really a game changer or will a deal between the two be meaningless? 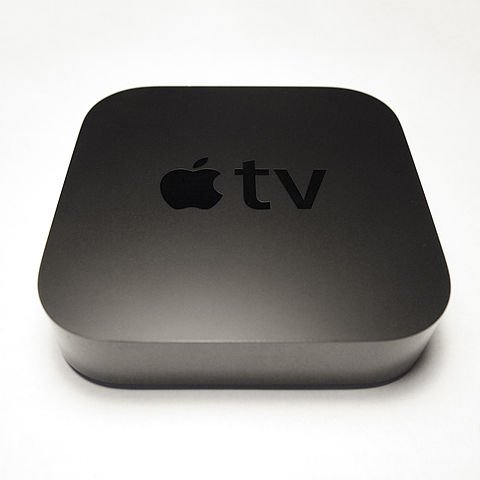 After news broke that Apple ( AAPL -1.17% ) and Comcast ( CMCSA 0.54% ) were in talks to allow Apple TV to receive faster broadband speeds for an unspecified fee, shares of the tech giant rose 1%. The deal would mark the first time Comcast has agreed to favor a broadband customer since its Feb. 23 announcement to provide Netflix ( NFLX -2.33% ) with faster speeds in exchange for compensation. At first glance, this deal may seem bullish for both companies, but the reality of the situation is that Comcast will likely be the only winner from the negotiations.

Apple TV is big business, but not for Apple!
Apple TV, which offers customers access to thousands of movies and television shows, as well as streaming capabilities from providers like Netflix, HBO, and Youtube, is a big business. In 2013, an estimated 10 million units were sold, twice as many as the 5 million analysts saw in 2012. At $99 apiece, the foray into television netted Apple an impressive $1 billion in revenue for the year.

Based on this data alone, the Foolish investor would probably conclude that any deal between Apple and Comcast should prove accretive to both entities. In the short run and long run, Comcast will benefit from higher revenue, while in the long run Apple should benefit from greater customer satisfaction and, in turn, higher sales. But, the extent of Apple's upside is likely less significant than investors think.

In 2013, Apple's consolidated revenue came out to $170.9 billion. This represents a 9% jump compared to the $156.5 billion the company saw a year earlier. According to the company's most recent annual report, the rise in sales was driven, for the most part, by a 16% increase in revenue from its iPhone product line, which sold an extra 25 million units compared to 2012.

With only $1 billion in sales, Apple TV accounted for 0.6% of Apple's revenue for the year, which is little more than a rounding error for the firm. Admittedly, most new products start off as a small portion of a company's revenue and grow over time. Probably the best example is the iPhone, which comprised less than 6% of Apple's revenue in the first full year after its release and has subsequently grown to 53% of sales as of 2013.

However, it's unlikely that Apple TV will achieve the same level of success that the iPhone has. Current estimates suggest that Apple already controls around 25% of the flat-panel TV industry in the U.S., which implies that even full market saturation probably won't have a giant impact on the company's top line.

But why is Apple making this deal with Comcast?
In an effort to grow its business and achieve a larger market share, Comcast announced on Feb. 13 that it would be acquiring rival Time Warner Cable (NYSE: TWC) in a deal valuing it at $45.2 billion. Assuming that the government does not block the merger, the transaction will increase Comcast's subscriber count from 19 million to 30 million and its revenue from $65 billion to $87 billion. After all is said and done, the combined company will hold around a 38% market share when measured in terms of subscribers, and will be the largest broadband provider in the U.S.

Taking advantage of the transaction and hoping to achieve the first-mover advantage and grab the best possible terms, Netflix closed a deal with Comcast in which it would pay the provider for favorable treatment. At first, Netflix announced that the transaction would be mutually beneficial, but later, CEO Reed Hastings blasted its partner for being a company that supports weak net neutrality. In his statement, he compared the fees companies will have to pay Internet service providers as being the equivalent of a tax.

Foolish takeaway
With its huge market presence, it appears that Comcast is the Internet service provider that businesses are turning to in trying to set up broadband agreements. By striking up deals with the most powerful in the industry, companies like Netflix and Apple are hoping that they can set a price ceiling that other providers like Verizon Communications and AT&T will be pressured to adhere to. This is made somewhat complicated by the fact that terms are not being disclosed, but this can work in the favor of broadband users at the negotiating table because it keeps other providers in the dark.

Unfortunately, Apple's margins will probably be negatively affected by the deal, but any downside will be minimal given Apple TV's small revenue base. In the long run, the deal will probably increase the product's revenue but investors shouldn't become terribly excited by the development because of Apple TV's limited capacity for revenue generation. In essence, these developments are unlikely to impact Apple in any meaningful way, but could create considerable upside for Comcast down the road.

Airbnb Stock Is a Bargain Using This Metric