After months of press releases and negotiations, Giant Interactive (NYSE:GA) finally looks ready to accept an offer from one of its board members to buy the company for $3 billion and take it private. The deal is expected to be completed later in the second half of this year. The payout per ADR was quoted at $11.75 at the time of the initial offer, and shares jumped over 10%, but the shares got another $0.20 jump to around $11.60 when recent acceptance of the buyout offer quoted a $12 per share payout. The question for Foolish investors is why is the company going private and what are the ramifications for the gaming industry in general?

Why Giant Interactive has been so attractive
With the highest profit margin in the industry at 53%, Giant Interactive (GA) has been an investor pleaser. A generous 5.60% dividend yield over the trailing 12 months hasn't hurt either.The company reported 2013 fourth quarter adjusted earnings of $0.29 per share, an increase of 23% year over year, beating estimates of $0.23 by 26%. Higher sales, and better revenue per player for online games led to a gross profit increase of 8.9% year over year.

Why the industry itself is so attractive as well
The size of the online gaming market as a whole in China is massive and growing. There were 68 million online gamers in China in 2009. In 2014 the number is on track to reach 141 million, according to the research group China Internet Watch.  During the year the market was worth a record $1.84 billion, up 246% in 2013 year over year according to government authorities at a local gaming summit.

Gamers in an Internet cafe in China. Photo: DigitalTrends.com

Most companies in this industry are in a great position for a growing Chinese market, especially as Chinese youth are increasingly arming themselves with smartphones and tablets, allowing for even more play on the go. The task for investors is to find which company is the best suited to gain most from this massive growth.

Picking which game to play in the Chinese online gaming industry

Playing for size: NetEase
With a market cap that is almost four times the size of Giant Interactive, NetEase (NASDAQ:NTES) is the biggest player in the market. Shares hit a high in January above $81, but since the stock has been beat down to its current near $65, which has also driven the P/E multiple to a more attractive 12. The sell-off seems to have come mostly for fear of overall economic growth slowing in China, coupled with this stock have been trading at historically high prices and a decreasing quarterly revenenue growth rate from 18% in the third quarter of 2013 over the same quarter last year, to 6.7% in the last quarter. Now that this company is relatively cheap again, it may be a great time to get back in the game.

With plenty of cash on hand and a wide employee base, NetEase looks poised to continue its dominance in a market that is evolving with new technology. NetEase has announced continuing development of a 3D fantasy gamed called Revelations, which is set to hit the Chinese market, and expand into Korea in the next year. The company is also making expanded moves into mobile gaming, and has even been reporting the possibility of a self-branded smart phone geared toward mobile gamers. 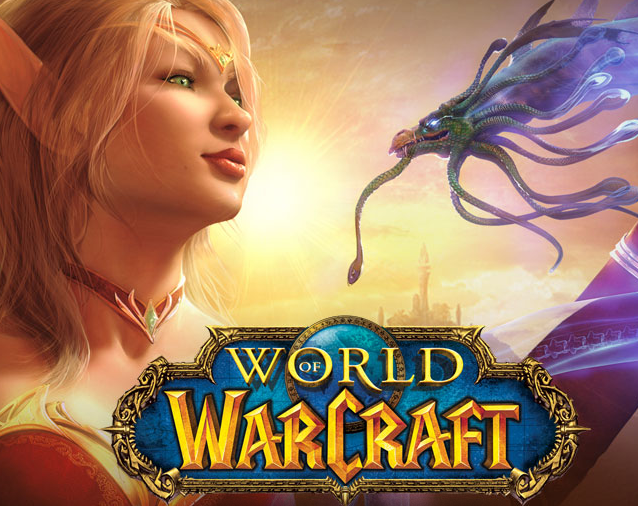 The World of Warcraft series have been hugely successful for these gaming companies, and they hope they will continue to be. Photo: WorldOfWarcraft.com

Another strong point for NetEase is their partnership with the U.S. gaming company Activision Blizzard (NASDAQ: ATVI). The partnership allows NetEase to distribute Activision's mega hits such as World of Warcraft in China.  In a press release earlier this year, Activision announced their excitement to continue working with NetEase as they licensed another game to the Chinese gaming company on a three year contract. Activistion is about to release another expansion pack for World of Warcraft, which may help to boost revenue for NetEase higher in the coming couple of quarters.

Playing for growth: Perfect World
By contrast, Perfect World (NASDAQ: PWRD) is the smallest player in the market. However, the company has seen high growth in the second half of 2013, as the company has been gaining revenue from a strategy of releasing expansion packs to their already well selling games. The company crushed estimates in the third quarter of 2013 and after the four quarter reported a quarterly earnings growth of 142% year over year.

This growth has good chance to continue in 2014 as the company pursues a new segment with games for consoles. Recently, the Chinese government lifted their long time ban on game consoles, allowing what should be a rush of game consoles into the country this year. Perfect World's new strategic target hopes to take advantage of this new opportunity to produce mass multi-player online role playing games, or MMORPGs, on consoles such as Microsoft's Xbox 1 and Sony's Playstation 4.

Playing for price: Changyou
Changyou.com seems to be little threat to the likes of Perfect World and NetEase. However, with better than expected 2013 Q4 results, this stock might be a great very valuable play with its very cheap P/E multiple of 5.3%. One note of caution is that earnings growth is still down year over year, meaning that the company is struggling to continue growing at the rate it has in the past.

This gaming company might look attractive to investors merely for its low P/E ratios, but be careful that the company is not going to get trampled by the fierce competition in this industry if its games are not swaying Chinese gamers. Fools will do well to heed Warren Buffett's advice that "It's far better to buy a wonderful company at a fair price than a fair company at a wonderful price."  But then again, Warren Buffet also advocated finding the "cigar butt" companies that might still be attractive for one last puff.

Another potential privatization: Shanda Games
With their most recent earnings release, Shanda games has noted that their revenue has been helped in a large part by their gains in mobile gaming. However, the company still missed expectations, and until new titles are released next year, the company seems to be on the decline for the coming few quarters.

However, the price of this company jumped last month when it also got an offer for a buyout, one that it is considering now. The offer valued the company at $1.9 billion, compared to that of Giant interactive at $3 billion. The negotiations are still in their beginning stages, so no price per ADR has been quoted.

Foolish move: keep playing
Though Giant Interactive may be leaving the market, there are attractive reasons to stay interested in each of the companies' four competitors. Whether for the price, the growth, or the interesting partnerships, investors should stay bullish on this space as the potential number of gamers in China explodes in 2014 and beyond. There are many options, and the key to winning in this market: keep playing.