Candy Crush Saga's creator fell 16% on its first day. Here's why investors should stay away in the future. 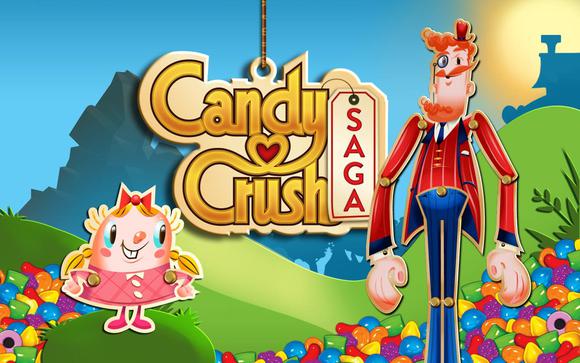 Candy Crush Saga creator King ( KING.DL ) tried to strike while the iron was hot, but instead delivered the worst IPO launch this year. King closed Wednesday down nearly 16% and drug social gaming competitor Zynga ( ZNGA 1.45% ) down over 4%. Zynga had its own rough opening day back in 2011, but had a much smaller fall. Why did the market crush King?

King has lit up the social gaming sphere in recent years with the meteoric rise of Candy Crush Saga. According to the preliminary IPO paperwork, Candy Crush Saga averaged 93 million daily active users in the fourth quarter. The company has existed since 2003 and has churned out hundreds of games, so the IPO timing was solely based on Candy Crush's popularity.

But, as the first day performance shows, investors have become wary of tech companies with poor monetization models. There's valid reasons to hold off on crowning this King.

Monetization concerns
King's double-digit fall on the first day was partly due to the high listing price of $22.50. When Zynga launched its IPO in 2011, shares were priced at $10 and still dropped 5% by closing. But the same monetization concerns threaten shares of both companies.

Zynga and King both offer "freemium" titles that are usually free to play, but offer purchasable in-game rewards or achievements. King stopped running ads in last year's second quarter, but advertisements still account for a small portion of Zynga's revenue.

On a pure game metric standpoint, King blows Zynga out of the water with Candy Crush's daily active user numbers. The percentage of King players who make in-game purchases as a percentage of monthly unique users is 4%, compared to Zynga's steady 2%.

But, King's overdependence on Candy Crush Saga will lead to trouble in the future.

Will Candy Crush pull a Draw Something?
King reported fourth-quarter gross bookings of $632 million, but more than three-quarters of those bookings came from Candy Crush Saga. Zynga stands in a better position with 60% of fourth-quarter online game revenue coming from three games: Farmville 2, Zynga Poker, and Farmville. If Candy Crush Saga suddenly plummets in popularity, King's business model will take a fatal blow.

Zynga can attest to the fickle nature of social gaming popularity. The company spent $180 million in 2012 to purchase OMGPOP solely for its Draw Something game. Daily active users for the Pictionary clone dropped from 15 million to 10 million in the first month after the acquisition. A sequel has since been released, but the Draw Something franchise hasn't been a top game in quite some time and Zynga shuttered OMGPOP in 2013.

The demise of Draw Something was an expensive ordeal for Zynga, between the acquisition costs and the following $95 million writedown. But, the title didn't sweep the legs out from under Zynga, as there were other titles still performing well. Candy Crush's popularity has a lot further to fall, and there's a lot more at stake.

Foolish final thoughts
King shares moved in the right direction on launch day. Investors have valid reasons for concern when it comes to any social gaming company and monetization. But, King's reliance on Candy Crush Saga makes its standing particularly weak.

2 Robinhood Stocks to Buy in October