Gamers and investors are pitting Titanfall against Infamous: Second Son. Are these two games really the first killer games of the eighth generation, or are they both over-hyped titles doomed to burn out?

Microsoft's (MSFT -2.36%) Xbox One and Sony's (SONY -0.71%) PS4 are only four months old, but that hasn't stopped gamers from closely following sales figures of both consoles on a weekly basis. According to the latest figures from Vgchartz, Sony is leading the eighth generation console race with 6.3 million PS4s sold, followed by Nintendo's (NTDOY -0.37%) 5.9 million Wii Us and Microsoft's 3.9 million Xbox Ones.

Sony climbed over the 6 million unit mark after the PS4's Japanese launch, but the Xbox One bounced back strongly after the launch of Electronic Arts' (EA -1.78%) Titanfall. Sony then struck back last week by launching Infamous: Second Son. Meanwhile, Nintendo's Wii U remains sidelined without any big exclusive titles on the horizon to match the recent releases.

Will these two games help Sony and Microsoft leave Nintendo in the dust, or are they overrated games being propped up by hype?

Microsoft and Nintendo start bundling titles and dropping prices
Before discussing the impact of Titanfall and Infamous: Second Son, we should take a look at some new bundling strategies and price declines among the three eighth generation consoles.

Microsoft, which is often criticized for pricing the Xbox One $100 higher than the PS4 at $499, initially bundled Titanfall with its console for $500, giving the $60 game away for free. Wal-Mart, Target, and Best Buy recently lowered the price on the console, bundled with Titanfall or Forza Motosport, to $449.99. Finally, customers reported that the Xbox One, without any bundled titles, could be temporarily bought for $399 -- the same price as a PS4 -- on Amazon (NASDAQ: AMZN) with a discount code. This means that Microsoft is now taking a big loss on every console sold, since a teardown by IHS estimates that the Xbox One costs $471 to manufacture. 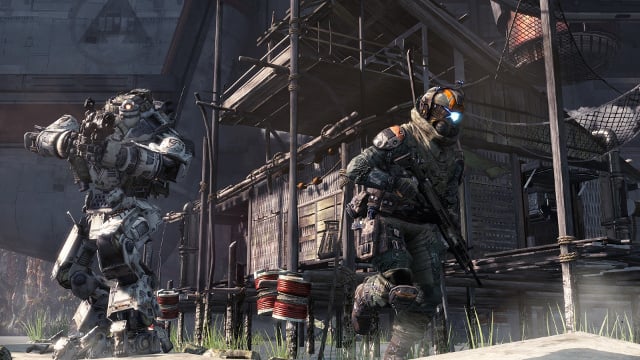 Earlier this year, Nintendo's Wii U two-game bundle, which includes Super Mario Bros. U and Super Luigi U, was sold on eBay for $259 -- a $40 discount from its original price. Meanwhile, Nintendo piled on various bundles for the Wii U and 3DS in a clear bid to gain market share at the expense of margins. This is probably at least part of the reason Nintendo now expects an operating loss of 25 billion yen ($240 million) for the fiscal year.

Sony, on the other hand, didn't offer any discounts in its Infamous: Second Son bundle. The bundle, which costs $570, includes a copy of the game, an extra controller, and a one-year membership for PS Plus -- which also cost $570 if purchased separately.

These strategies indicate two things -- that Sony is comfortably pulling ahead of Microsoft and Nintendo, and that Microsoft is bundling Titanfall with the console in a desperate bid to boost sales figures. For example, the top two selling games of all time -- Wii Sports (81.9 million units) and Super Mario Bros. (40.2 million units) were originally bundled with the Wii and NES, making it difficult to tell how many titles were sold on a stand-alone basis.

Titanfall dominates the charts, but Infamous: Second Son is gaining ground
Titanfall's sales might have been helped by Microsoft's aggressive bundling strategy, but its popularity is undeniable.

The multiplayer shooter currently sits at the top of the weekly charts in the U.S. and Europe, with the Xbox One version of the game selling 902,010 copies for the week ending on March 15. Titanfall sales notably doubled week-over-week and temporarily claimed the number one spot on U.K. game charts. 70% of Titanfall sales in the U.K. came from sales of Microsoft's Titanfall bundle. The game has been well received by critics, scoring an 86% rating on review aggregator site Metacritic.

Although head-to-head global sales comparisons of the two games aren't available yet, Infamous: Second Son could be bad news for Microsoft and EA if sales trends in the U.K. turn out to be a microcosm of sales in Western markets.

Was Microsoft's sacrifice worth the additional sales?
Microsoft's willingness to cut $60 to $100 off the Xbox One's price a mere four months into its life cycle is troubling. The company clearly thinks that Titanfall, which is also available for Windows and the Xbox 360, is its best chance to catch up to the PS4.

Sony, on the other hand, didn't make any sacrifices and is still reaping the rewards of soaring Infamous: Second Son sales. Therefore, Microsoft investors should wait and see if Titanfall can maintain its momentum to see if its margin-sacrificing bundling strategy was worth it.

Leo Sun has no position in any stocks mentioned. The Motley Fool recommends Amazon.com. The Motley Fool owns shares of Amazon.com and Microsoft. We Fools may not all hold the same opinions, but we all believe that considering a diverse range of insights makes us better investors. The Motley Fool has a disclosure policy.