They want to convert the factory where Rose Will Monroe and other workers built B-24 bombers into a museum dedicated to aviation and the countless other Rosies who toiled at similar U.S. plants to aid the war effort.

DETROIT (AP) -- A group trying to save the Detroit-area factory where Rosie the Riveter became an icon of American female empowerment during World War II said Friday that it must raise $1.5 million in the next few weeks to save the site from being demolished. 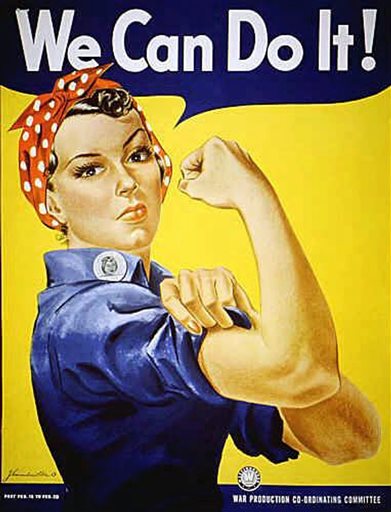 Rosie the Riveter in an undated file image. (AP Photo/file)

Those behind the Save the Bomber Plant campaign said they have raised $6.5 million of the $8 million they need by May 1 to buy the Willow Run Bomber Plant west of Detroit. They want to convert the factory where Rose Will Monroe and other workers built B-24 bombers into a museum dedicated to aviation and the countless other Rosies who toiled at similar U.S. plants to aid the war effort.

The group has received several extensions by which to acquire a portion of the old plant, but the time has come to either raise the necessary money or see it relegated to the history books, said Dennis Norton, the president of the Michigan Aerospace Foundation and one of the leaders of the effort to save the plant.

"They need an answer from us," Norton said, referring to the trust set up to oversee properties owned by a pre-bankruptcy General Motors. "Demolition is under way, and they can't stop demolishing the plant, then come back later."

Norton and his team want to separate and preserve 175,000 square feet of the Ypsilanti Township, Mich., site and convert it into a new, expanded home for the Yankee Air Museum, which would move from its current location less than 2 miles away. Included would be the iconic 150-footwide doors through which thousands of bombers left the plant to play their role in winning the war.

Although women performed what had been male-dominated roles in plants all over the country during the war, it was Monroe, who was one of an untold number of women in the Willow Run plant's 40,000-person workforce, who caught the eye of Hollywood producers casting a "riveter" for a government film about the war effort at home.

Monroe, a Kentucky native who moved to Michigan during the war, starred as herself in the film and became one of the best-known figures of that era. She represented the thousands of Rosies who took factory jobs making munitions, weaponry and other things while the nation's men were off fighting in Europe and the Pacific.

Although many Rosies were let go once the war was over and the soldiers returned home, they had shown that women were capable of doing jobs that had traditionally been done by only men. An illustrated poster of a determined-looking Rosie the Riveter rolling up her sleeve with the slogan, "We can do it!," became an iconic symbol of female empowerment for American women.

The Willow Run factory went back to making automobiles after the war ended, and it did so for more than a half-century under the General Motors name before closing for good in 2010.

Michael Montgomery, a consultant on the fundraising effort, said it's important to save the plant where Monroe and her fellow workers labored because it is "one of the birthplaces of modern America." In addition to churning out a bomber every hour, he said, workers of different races and sexes worked side-by-side for equal pay -- an achievement that would be acknowledged at a reconstituted Yankee Air Museum.

Montgomery says he is "guardedly optimistic," that the group can raise the rest of the money over the next few weeks, and Norton gave the group "a 75 percent chance of pulling it off."

Meetings with some "major donor prospects" have been scheduled, Montgomery said, and the campaign is hosting two public events over the next eight days designed to generate some cash as well as awareness.

An attempt will be made Saturday at the airport to set a new Guinness World Record for "The Most Rosie the Riveters in One Place," and the public is invited on April 5 to buff and polish some historic bombers in preparation for the upcoming flying and air show season.