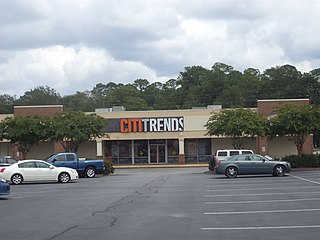 Retail is a tough business, given the sheer number of competitors mostly selling the same undifferentiated products. Citi Trends (NASDAQ:CTRN), a value-priced retailer of urban fashion apparel and accessories, is one of the few to have survived and even thrived. It holds a proud record of having increased its revenues in every year from fiscal 2004 to 2013. Although Citi Trends suffered losses in fiscal 2012 and 2013, it managed to turn around its operations and register a profit in fiscal 2014.

While the return of previous CEO Ed Anderson and the recruitment of the former General Merchandise Manager from The TJX Companies (NYSE:TJX) Jason Mazzola as Chief Merchandising Officer in 2012 were credited for Citi Trends' return to profitability, it was the back-to-basics approach that worked. Firstly, Citi Trends did less upfront direct purchases (from manufacturers) and chose to focus more on its more traditional and prudent off-price and closeout buying strategy. Secondly, it tried to sell more non-branded ladies fashion and accessories appealing to its core customer demographic.

Clear customer value proposition
Citi Trends has a more precise definition of its customer demographic than its off-price competitors. Ross Stores (NASDAQ:ROST) places its customers in two different groups at the extreme ends of the income spectrum: those who "want a bargain" and those who "need a bargain." TJX goes one step better than Ross Stores, defining its core customers more specifically as consumers with annual incomes ranging from $50,000 to $1 million, aged 25-54.

In contrast, Citi Trends' core customer demographic is more focused and also narrower, suggesting that Citi Trends has a better ability to adapt its offerings to suit customers' needs. Most of its customer sport median household incomes lie in the $20,000-$40,000 range. As opposed to the average U.S. consumer, Citi Trends' core customers tend to prefer a mix of the affordability offered by off-price apparel and the "fashionability" of urban apparel. Citi Trends offers the best of both worlds as a value-priced retailer of urban fashion apparel.

Varied sourcing approaches
Citi Trends also adopts a sourcing model differentiated from its off-price peers. TJX has a strong emphasis on pre-season purchases. While this brings TJX substantial purchase discounts, it also means that TJX has to bear the risk that the pre-season purchases are unpopular with consumers in the upcoming season. On the other hand, Ross Stores concentrates its buying with in-season and end-of-season packaway merchandise. The issue here is that if fashion trends change dramatically, Ross Stores' packaway merchandise will be perceived as out-of-fashion items and sales will suffer.

In contrast to TJX and Ross Stores, Citi Trends is far more opportunistic. It is varied in terms of its sourcing approaches, covering the entire gamut from in-season close-out purchases, next season buys, and upfront purchases where manufacturers will tailor products specifically to Citi Trends' needs. Although Citi Trends' 2012 losses were partially attributed to an over-emphasis on upfront purchases, it subsequently shifted its focus back to a larger proportion of off-price purchases. Notwithstanding the risk associated with its varied sourcing model, Citi Trends' opportunistic style makes it more likely that it will benefit from market trends and meet its customers' needs.

Foolish final thoughts
For the full year 2013, both TJX and Ross Stores delivered good results, growing their EPS by 15% and 13% respectively. On the other hand, Citi Trends registered a positive profit of just $1.5 million in FY 2013, after losses in FY 2011 and FY 2012. While Citi Trends' 2013 profit is small relative to earnings in the $20 million range that it once achieved, it should be noted that Citi Trends was still in the process of turnaround during FY 2013, having closed nine stores and relocated six others in the year.

Success doesn't come by chance. Citi Trends' revenue stability and its ability to engineer a turnaround suggest that there's something that works with its business model. In my opinion, its clear customer value proposition, varied sourcing approaches and strong supplier relationships are the key building blocks of its successful turnaround.