Cloud computing is widely expected to revolutionize health care in the United States over the next decade. Better EHR (electronic health record) software, a relaxation of BYOD (bring your own device) restrictions, and government subsidies from the HITECH (Health Information Technology for Economic and Clinical Health) Act could significantly improve the quality of care in hospitals.

According to a recent report from Markets and Markets, the North American health care cloud computing market could grow from $1.75 billion to $6.5 billion by 2018. To cash in on that robust growth, investors should check out some smaller names in this young industry, such as Veeva (NYSE:VEEV), Athenahealth (NASDAQ:ATHN), and Covisint (NASDAQ: COVS).

It's a lucrative business model that has gained a lot of support -- at the end of 2013, 33 of the 50 largest pharmaceutical and biotech companies, including Pfizer (NYSE: PFE) and Amgen (NASDAQ: AMGN), had signed on with Veeva. 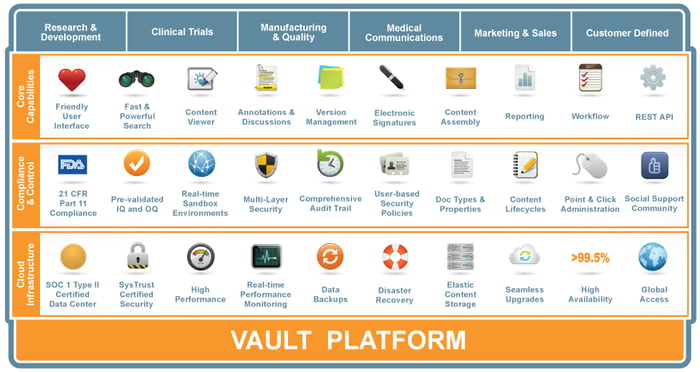 Veeva also reported impressive global expansion, with one customer deploying over 7,000 CRM users across 30 countries and another deploying 6,000 across China. It also sold more products to existing customers, as evidenced by its subscription revenues retention rate of 166%.

However, Veeva faces major hurdles ahead. Veeva trades at a whopping 167 times trailing earnings and around 80 times forward earnings. Layoffs across the pharmaceutical industry, which regularly occur because of patent cliffs, could serious dent its CRM market.

Many investors clearly believe those weaknesses outweigh its strengths -- although Veeva is still up over 30% from its IPO price of $20, the stock has fallen from its first-day closing price of $37.

Like Veeva, Athenahealth relies heavily on selling additional cloud-based services to existing customers and locking them into its ecosystem. Meanwhile, Athenahealth's wide range of mobile apps, which include athenaClinicals mobile, Mobile Patient Portal, PracticeVitals, CodeView, and Epocrates keep physicians and patients connected to its services from their own devices. 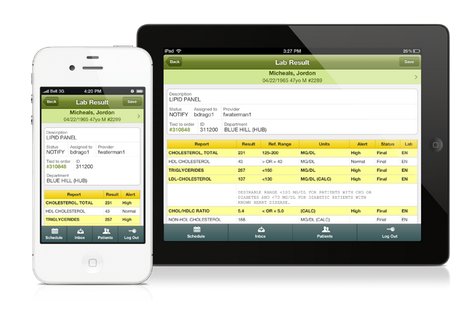 Athenahealth has an even loftier valuation than Veeva, with a trailing P/E of around 2,300 and a forward P/E of 122. However, investors seem to be more optimistic about Athenahealth's growth potential than Veeva's, and the stock has rallied more than 70% over the past 12 months.

Covisint: Improving HIEs with business-to-business foundations
Last but not least, we should discuss Covisint, a business-to-business (B2B) exchange and web portal originally backed by the auto industry. In 2004, Covisint was sold to Compuware (NYSE:CPWR.DL) and went public last September with an IPO price of $10 per share. Compuware still owns the majority of Covisint's shares.

In addition to its B2B services for various industries, Covisint has a growing footprint in health care with a Healthcare Information Exchange (HIE), payment management system, and workflow management system -- all of which are built on the framework of its B2B technologies.

In the third quarter of 2013, Covisint's subscription revenue rose 21% year over year to $17.6 million, but its services revenue plunged 30% to $6.5 million -- a major concern that caused the stock to plunge in January.

Covisint's preliminary fourth-quarter earnings release suggests that subscription revenue will remain roughly the same sequentially, between $17 million and $18 million, and services revenue will slightly improve to a range between $7 million and $7.5 million. The company also appointed Sam Inman, who has a strong background in wireless technologies, as interim CEO after longtime CEO David McGuffie resigned.

Covisint recently expanded its cloud-based health care platform overseas to help build secure HIEs in overseas markets. The company signed a deal in February to help Aptus Pacific Indonesia improve the cloud-based framework for hospitals across the nation, which is may become the world's seventh largest economy by 2030.

The Foolish takeaway
These three cloud-based health care companies all have clearly defined strengths and weaknesses.

Veeva offers a next-generation platform which could streamline the drug development process, but its stock is weighed down by valuation concerns. Athenahealth has posted solid growth in the past, but its steep valuation has also raised eyebrows. Meanwhile, Covisint still has a lot to prove before it can be considered an industry peer to Athenahealth, but it could turn out to be a hidden gem once it streamlines its business strategies.