A recent study by McKinsey and Co. suggests that businesses should consider several key consumer behaviors in the digital world. Driven by advances in devices, communications, entertainment, social networking, and retail, these trends will likely continue.

Will investors in companies such as Apple (NASDAQ:AAPL), Netflix (NASDAQ:NFLX), and Facebook (NASDAQ:FB), which have taken advantage of past trends, continue to prosper in the future?

Computing disruption
Apple has long dominated in one area of behavior. The ongoing shakeup in the computing world has resulted in a shift from PCs to mobile devices. Apple has shipped millions of iPhones and iPads, which together provide most of the current revenue and profit for the company.

Apple disrupted the PC industry when it released the iPad in 2010, and a prediction states that tablet shipments will soon surpass those of desktops and laptops. With only a 30% penetration rate here in the U.S. for tablets, the market could have room for growth if Apple can keep users interested in the device via regular updates.

The domestic smartphone market has 60% penetration, so Apple needs to be somewhat careful not to rely on the iPhone as much for its future success, as the market may become saturated. Success in China and emerging markets, as well as a high retention rate, may also help overcome a growth slowdown, but the company will probably need a new or vastly improved product. Rumors abound that a smart watch, some sort of TV-related offering, and an iPhone with a larger screen will appear. If one or more of these rumors pans out, investors should receive rewards.

Retail disruption
Apple could also be ready to disrupt another industry. The iPhone or "iWatch" could easily be adapted and used to make credit or debit payments at retail stores. Apple has already filed several patents in this area. The company could license its iBeacon technology, allowing retailers to improve store layouts and offerings. Any sort of change here should help Apple. 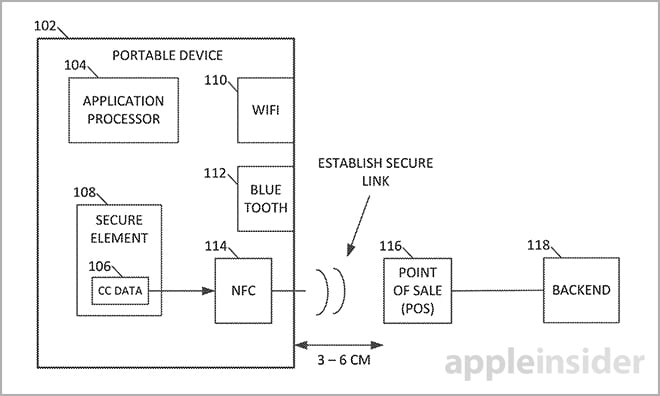 TV disruption
User access patterns for content have also shifted; instead of watching TV shows or movies at a preset time in your living room, the current trend involves both time-shifting and place-shifting.

Netflix, one of the the best-performing large stocks over the last few years, has taken advantage of this phenomenon. The company has reported a run-up in revenue growth, which has averaged over 27% annually for the past five years. Short-term EPS growth has been great with a one-year increase of more than six-fold.

In spite of recent success, a few concerns remain. One is valuation. Currently, Netflix has a P/E of 226 and a P/B of 18. Can the lofty stock price be justified? Another concern is competition. The primary threats to Netflix come from cable companies, which generally have been performing well lately. The cash-flush industry has increased spending on infrastructure, technology, and mergers. Time and place shifting also benefit the cable companies (and Apple), as consumers can access many traditional entertainment offerings via smartphone and tablet apps.

Netflix investors may not see huge gains in the future if the competition catches up.

The social network
The general trend in social media has been slowing growth in developed economies. Both the number of users and the level of engagement have declined recently.

Facebook has experienced huge success since it went public. Revenue, EPS, and the share price have rocketed up. 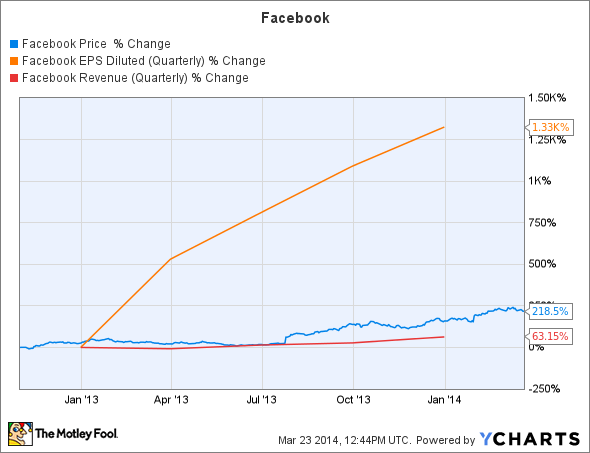 Can the performance continue? The company probably needs to pay attention to the trend and look to emerging markets for future growth. If current success translates into new opportunities, the social network giant can probably continue to reward shareholders.

Foolish conclusion
A recent industry analysis indicates that a few consumer behaviors will be important for tech companies going forward. Apple, Netflix, and Facebook have all benefited from past trends, and each of these companies could prosper in the future, too.

An iPhone with a larger screen would go a long way toward continued success for Apple. A smart watch, improved TV product, or success in China could also help.

Netflix needs to watch out for the cable companies to continue its growth spurt. Facebook, if it successfully expands abroad, could continue to reward investors.