Companion shows have recently become the norm on TV, but the success of the trend can be credited to AMC (NASDAQ:AMCX). The network's well received The Walking Dead live after-show Talking Dead regularly impresses and in the process also tops a number of better-known rivals.

Talking Dead premiered following the start of the second season of The Walking Dead. Hosted by Chris Hardwick, the program discussed all aspects of the AMC fan favorite. It was a fun concept and it had the benefit of being fully supported by both the network and the series.

Initially the numbers weren't anything special as it aired for a half hour at midnight, following an encore of the night's episode. Eventually the buzz grew, as did the talent appearing alongside Hardwick, and AMC decided to test it immediately following a new episode. The numbers spiked. The first season finale jumped from around 1 million viewers (with 500,000 to 600,000 in the coveted 18-49 demo) to 4.3 million viewers (and 2.3 million in the demo).

Yet the 10 p.m. move didn't become permanent until midway through the show's second season, where it also expanded to an hour. The result was instantly noticeable -- Talking jumped from around 2 million viewers back up to 4 million and with the finale it jumped up to 5 million, then a series high. The demos also climbed, attracting the all-important younger viewers that still elude its rivals.

The show has now taken on a life of its own and this week's episode posted a new series high of 7.3 million viewers. To put that into perspective, that number tops mainstream broadcast series such as ABC's Once Upon a Time (6.84 million) and Revenge (5.24), NBC's Believe (4.81), and Fox's Cosmos (3.89) among others. Yes, an hour-long, panel after-show with very little structure on a cable network outperformed a slew of broadcast rivals.

Industry analysts were not big on after-shows until Talking Dead. Many were unwilling to see this was not only part of the future of TV, but it was truly connecting with viewers. And it wasn't just talk; it supplied new information. For a show like Walking Dead, audiences need time to decompress and figure out what they just watched. Talking Dead does that and often times gives viewers additional insights into why certain storylines played out the way they did. It's a form a therapy.

The series also works because of Hardwick. He's a genuine fan of the show and his excitement is contagious. He's just as excited to talk with his guests as the guests are to be on set. The audience can sense that. Hardwick watches each episode ahead of time so he can be prepared to talk about it live, but you get the sense he'd rather watch alongside his in-studio audience. And viewers don't have to fear spoilers -- Hardwick's as in the dark about next week as we are. 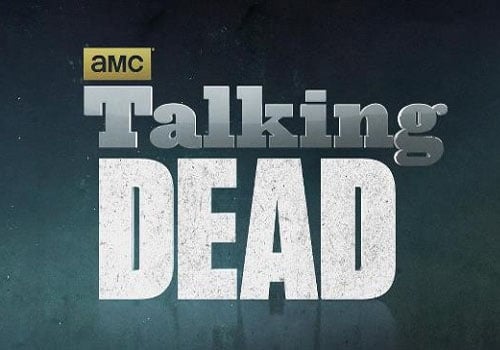 Ironically the companion show has already spawned its own spinoff -- AMC last summer debuted Talking Bad, which aired immediately following the final episodes of Breaking Bad. While those numbers hovered around 1 million viewers, it also spiked during its finale to around 4 million viewers. Granted Walking Dead and Breaking Bad are two entirely different shows, but again fans wanted that therapy session after some particularly heavy episodes. It was a way to provide added closure for audiences.

Rival networks have gotten on board with USA (Psych), A&E (Bates Motel). and FX (Sons of Anarchy) all trying variations of the same strategy to different degrees of success. The public wants to know more and these shows help do that. There's a reason we visit TVLine.com, EW.com, and TVGuide.com the day after the show -- we want to know what happened behind the scenes that led to the events we just watched.

Take The Good Wife, for example -- within minutes of its big twist the other week, Deadline.com had the full backstory up as part of an pre-arranged agreement with Wife's network, CBS. While nobody wants to see their favorite character exit, it's a small comfort to know the details behind it, especially if the actor made the choice to leave the show. It won't bring them back, but it's more fulfilling to get the inside story, and Talking Dead helped start that.

Audiences are now more connected than ever when watching TV, especially with second-screen technology gaining popularity. The after-show is an extension of that and when done right, it may even be better. This is a new trend and one that could be showing up more and more. It's cost-effective, popular, and adds value ... a TV trifecta.