Mojang AB, the maker of Minecraft, is one of the fastest-growing companies in gaming. The Swedish company recently reported that its revenue climbed 38% year-over-year to 2.07 billion kronor ($330 million) in fiscal 2013. Its profit soared 151% to 816 million kronor ($129 million).

Despite that robust growth, Mojang recently told The Wall Street Journal that it has no plans to go public like Candy Crush Saga maker King Digital Entertainment (NYSE:KING.DL).

However, Mojang's business model -- which has been built on the success of a single game over the past five years -- can teach investors valuable lessons about other gaming companies like King, Zynga (NASDAQ:ZNGA), Activision Blizzard (NASDAQ:ATVI), and Electronic Arts (NASDAQ:EA). 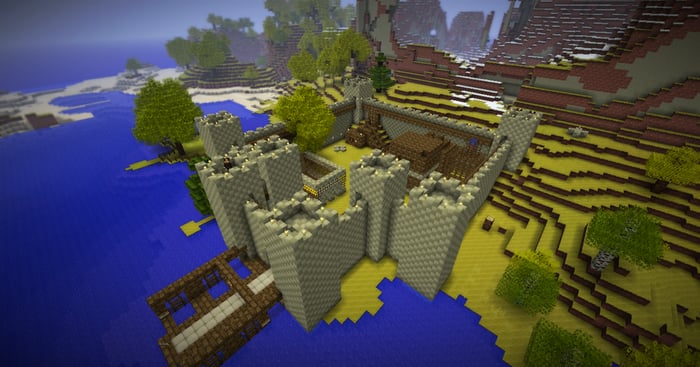 Why Minecraft was such a hit
Minecraft was created by former King developer and Mojang co-founder Markus Persson in 2009. Minecraft is Mojang's only full game -- its only other marketed products are four mini-games that were bundled with other games from Humble Bundle.

Minecraft was a surprise hit, since it was a simple game with dated graphics that looked completely out of place in a market dominated by triple A titles and flashy mobile games. But what made Minecraft a hit was pure gameplay and creativity -- the essence of video games frequently buried under a dogpile of graphical beasts.

The concept of Minecraft is simple. A player wanders around a sandbox environment and gathers building materials -- such as wood, rocks, clay, and metal -- to build tools and a home. The magic of Minecraft comes from two factors -- players don't initially know how to create different items, and the design of homes and environments are only limited by a player's imagination.

A multiplayer mode allows players to team up on some massive projects, including a life-size U.S.S Enterprise, an entire recreation of Hyrule from Nintendo's (NASDAQOTH: NTDOY) The Legend of Zelda: The Ocarina of Time, and even a virtual version of Disney World.

While most video games fence gamers into the worlds envisioned by their developers, Minecraft allows the gamer to explore the world and change it to his or her liking. By doing so, Minecraft becomes a self-sustaining and evolving game that is kept alive by its gamers, unlike many higher-budget titles that are abandoned after a few weeks or months.

The business of Minecraft
Mojang, which employs fewer than 40 employees, is a much smaller company than its rivals. King employs 665 people and Supercell, the creator of Clash of Clans and Hay Day, employs 140 people.

Mojang currently has two new titles in development -- the side-scrolling action title Cobalt and Scrolls, a tactical RPG. The gameplay in Cobalt and Scrolls will likely remind older gamers of Solar Jetman and Final Fantasy Tactics -- once again tapping into the gameplay mechanics of a bygone era. Whether or not Cobalt and Scrolls will be as big a hit as Minecraft is uncertain, and highlights the key hurdle for smaller studios like Mojang -- the fear of becoming a one-hit wonder like King Digital Entertainment.

As I mentioned in a previous article, 75% of King's active users are Candy Crush Saga players, while only 25% play its other four games. King's revenue soared 760% year-over-year in 2013 as it posted healthy user growth, but there was a huge problem -- its quarterly revenue and profit both apparently peaked in the third quarter of 2013, indicating that more users were playing but fewer were paying. Shrewd investors noticed that and avoided the stock, which has slumped 17% since its market debut on March 27.

Why Mojang is superior to its industry peers
The key difference between Mojang and companies like King, however, is how it actually makes money. Rather than adopt the "freemium" revenue model used by King and Zynga -- in which gamers start the game for free, but are encouraged to buy energy and power ups with in-game transactions -- Mojang uses an old school "pay once and play forever" business model.

The PC version of Minecraft costs $27, the console one costs $20, and the mobile version costs $7. The console ports were produced by 4J Studios, which has since released free and paid DLCs (downloadable content) for the game, mainly in the form of texture packs. PC gamers, on the other hand, can download free textures online to modify the game.

Minecraft has sold more than 35 million copies across all of its platforms, making it the third best-selling game of all time after Nintendo's Wii Sports and the original Super Mario Bros. Since the PC version of Minecraft can only be purchased from Mojang's website, the company doesn't need to split its sales with retailers like Gamestop or Valve's Steam Store.

Mojang's business model is simple, but it is very effective, as seen in this top and bottom line growth comparison to Zynga and Activision:

Why gamers should hope that Mojang never goes public
In conclusion, it's great news for gamers that Mojang isn't interested in going public. If Mojang went public, investors would start pressuring the company to find new ways to monetize Minecraft and push it to release new games.

Minecraft gamers could be slapped with monthly online subscriptions, "energy" levels that need to be recharged with microtransactions, and special tools and materials that can only be bought from an in-game store. In short, it would turn a sandbox of creativity into a pit of nickel-and-diming despair.

Therefore, let's hope that Mojang stays its simple, noble course and continues reminding us why we loved its games in the first place.