Relatively small consumer-goods company Church & Dwight (NYSE:CHD) is in a great position currently. The company's strong brands like Arm & Hammer, OxiClean, and Trojan have become household names over the years and their popularity is only increasing.

However, as successful as Church & Dwight management has been at building brand strength and awareness, the company is still primarily focused on domestic markets. In recent years, though, the company has been expanding its global footprint, and this is projected to continue going forward. 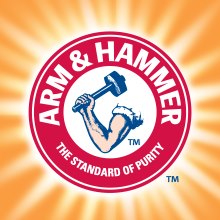 Growing global footprint
At the company's investor conference in February, management gave 10 reasons why Church & Dwight will continue to lead peers in total shareholder returns going forward. One of the reasons was the company's commitment to increase its global exposure.

The company is already well on its way to doing this. In 2013, approximately 17% of Church & Dwight's total geographic mix was international. While not hugely significant, it is impressive considering that in 2001 only 2% of the company's mix was international. The Unites States has gone from being 98% of Church & Dwight's total business in 2001 to 83% in 2013.

The best part is that much of this progress has been accomplished under the leadership of Church & Dwight's Executive Chairman and CEO James Craigie, who started as chief executive in 2004.

Craigie remains enthusiastic about the company's international potential and stressed the methodical approach to growth. In the most recent earnings call, he emphasized the company's strategy of isolating its six most lucrative overseas opportunities as well as the strong track record of success the company has had in the past in the areas. He stated, "We've had great results across those franchises with mid- to high-single-digit growth in most of them. Great track record".

Management's approach to focus primarily on six major countries outside of the United States, including Canada, the UK, France, Australia, Mexico, and Brazil in descending order by market size, means the company can concentrate resources on its most lucrative global markets going forward. The way management plans to do this is by building both international and corporate power brands abroad, leveraging what it calls "one company" strengths and making strategic acquisitions like that of Batiste shampoo in the UK. 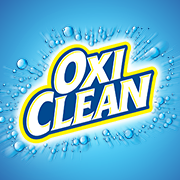 When compared to industry juggernaut Procter & Gamble, which has a presence in more than 18 countries around the world, Church & Dwight's global presence is still relatively small.

"At $33 billion in sales, believe it or not, we now have the largest household and personal-care business in developing markets. And we have the leading household and personal-care business in Asia, in Central and Eastern Europe, [the] Middle East and Africa, and in Latin-America; the strong foundation on which to grow in the years and decades ahead".

While Procter & Gamble's global positioning is impressive, it also means there is far less growth potential in international markets going forward. Not surprisingly, Church & Dwight is expected to grow at faster rates than its larger competitor in 2014 and 2015. The following is a breakdown of both companies' projected growth for the next two years:

Bottom line
Church & Dwight is in an enviable position right now. The company has built incredible brand strength and remains committed not only to defending market share but also increasing it. With a large portion of the world still untapped, Church & Dwight's global growth potential is unmatched in the industry. Accordingly, the company remains one of the most interesting growth stories in the consumer- goods space.