Procter & Gamble (NYSE:PG), the company behind 25 billion-dollar brands including Tide, Bounty, Gain, Pampers, Charmin, and Crest, has just released its third-quarter report for fiscal 2014. The results have sent shares lower and left investors wondering where it will go from here. Let's take a thorough look at the results and the company's outlook for the fourth quarter to determine if we should be buying in right now, or if we should avoid it and go with a competitor like Kimberly Clark (NYSE:KMB) instead.

The results are in
The third-quarter report was released on April 23 and the results were mixed compared to expectations. Here's a breakdown:

Earnings per share increased 5.1% and revenue decreased 0.2% year-over-year, as organic sales rose 3%. Global volume increased 3%, led by 6% growth in the fabric and home care segment and 2% growth in both the grooming and health care segments.

With the slight decline in revenue and higher expenses during the quarter, gross profit fell 2.9% to $9.96 billion and the gross margin took a significant hit, declining 140 basis points to 48.4%. However, operating cash flow was a bright spot and totaled an impressive $4.1 billion for the quarter. This allowed P&G to repurchase approximately $1.5 billion of its common stock and pay $1.7 billion in dividends to shareholders.

Overall, it was a good quarter for P&G, regardless of the slight revenue miss. The company's stock reacted to the miss by falling over 1.5% at the open of trading, however, and ended the day down about 0.3%. This appears to be a buying opportunity, but before we draw a final conclusion, let's see what the company expects going forward...

What will the fourth quarter hold?
In the report, P&G did not give specific guidance for the fourth quarter. It did lower its full-year outlook for fiscal 2014, however. Here's what the company now expects to see, versus its previous expectations:

A reduction in outlook is never what investors want to see, and this was likely the cause of the company's stock moving lower. Hopefully, P&G will get its act together and get on a path of higher growth in fiscal 2015, but until that time, the stock will likely trade sideways or simply track the performance of the overall market. For these reasons, I would avoid an investment in P&G today. I would keep a close eye on it and consider buying if it continues to move lower, however, as the company's yield will only grow and the upside potential would become greater.

Continued success for a competitor
Kimberly Clark, the global powerhouse behind brands such as Kleenex, Huggies, Cottonelle, Pull-Ups, and Kotex, is one of P&G's largest competitors and released quarterly results earlier in the week. Its stock has moved lower as well, so let's take a look and see what has held it back and whether or not it represents an investment opportunity:

Kimberly Clark's earnings per share were flat and revenue declined 0.8% year-over-year as organic sales and global volume increased 4% and 3%, respectively.

Even though Kimberly Clark's revenue took a slight dip during the quarter, operating profit increased 0.4% to $853 million. This was a direct result of $70 million in costs savings from the company's FORCE (Focused On Reducing Costs Everywhere) program and $10 million in cost savings from pulp and tissue restructuring. These savings also helped gross profit increase 0.2% to $1.83 billion and helped the gross margin expand 30 basis points to 34.6%.

All of these great results allowed Kimberly Clark to repurchase approximately 4.3 million shares of its common stock for $464 million and pay dividends of over $300 million during the quarter. It also led the company to reaffirm its full-year guidance, which calls for earnings per share in the range of $6.00-$6.20, representing growth of 4%-7.5% from fiscal 2013.

In summary, it was an admirable quarter for Kimberly Clark, but the company's stock has reacted by moving over 3% lower in the days since. I believe that this represents a great buying opportunity for long-term investors seeking consistent growth and a 3%+ dividend. 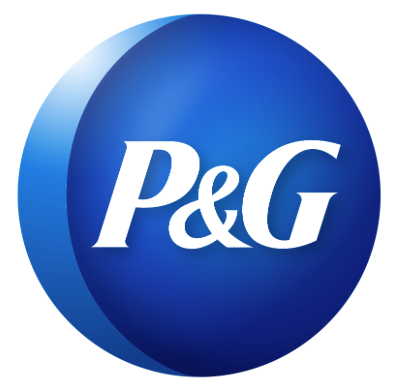 Procter & Gamble's mixed quarter was not all that bad, but the company also reduced its outlook for the full year; this has fueled a decline in its stock price. I believe that Foolish investors should avoid an investment for the time being and simply monitor the company going forward. With this being said, one of P&G's largest competitors, Kimberly Clark, does represent a great opportunity right now. Take a deeper look and see if it could fulfill your portfolio's needs.