Berkshire Hathaway (NYSE:BRK.A)(NYSE:BRK.B) isn't just any old company -- it's a holding company stuffed with some of the best businesses in the world. Truly, you could do much worse than owning the five worst businesses in Berkshire's portfolio, if that says something about its quality.

But what really makes Berkshire standout are its darlings -- five businesses that have changed the way Buffett thinks and invests, while making Berkshire shareholders wealthier with each passing day.

With no further ado, here are Buffett's five best businesses:

1. See's Candies
See's is a mile marker in the Berkshire portfolio. It stands as a turning point in Buffett's way of thinking. See's was a fantastic business. But it wasn't just a cheap "cigar butt" that Buffett would later flip at a profit.

Buffett had changed. This was one of the first times Buffett would buy a business not based on its current net worth, but based on its long-term profitability and opportunity.

In every year since 1972, See's Candies has increased its prices on the day following Christmas. Profits rose precipitously.

See's Candies is now a small part of a modern Berkshire Hathaway, but its performance cannot be overlooked. From 1972 to 2007, it produced $1.35 billion in pre-tax profits -- 54 times the initial purchase price.

As See's bottom line grew, its balance sheet hardly budged. In the 25 years from 1972 to 2007, Berkshire Hathaway invested only $32 million in additional capital to grow the business. In 2007, it would earn $82 million in pre-tax profits with only $40 million in capital.

If businesses are compounding machines, See's is a compounding legend. For each dollar invested in See's, Berkshire can take two dollars out. Every. Single. Year.

GEICO was revolutionary. Most insurance companies sold policies with the help of an agent. GEICO cut out the agents, and thereby the cost of the middle-man, allowing it to charge lower prices than the rest of the industry. This revolutionary business model would go unnoticed by much of the industry, however. In 1951, GEICO traded at just 8 times earnings, despite growing premiums written by 400% from 1945 to 1950. It was a growth stock at a value price, and Buffett owned a lot of it. In fact, Buffett later declared that by the end of 1951, 75% of his net worth was dedicated to GEICO.

Buffett's love with GEICO wouldn't end there. Much later, in 1995, Berkshire Hathaway would acquire the remaining portion of GEICO that it didn't already own.

What makes GEICO stand out is its operating performance. GEICO consistently posts and underwriting profit on insurance policies, spending less on claims and all other costs than it takes in in premiums. It also generates a float, which Buffett can invest as he sees fit.

Perhaps most importantly, GEICO continues to grow and enjoy even greater advantages of scale. In 1996, it was the seventh biggest auto insurance company. Now, however, it's No. 2, after passing Allstate.

"[He] probably made a lot more money for Berkshire than I have." Warren Buffett

Ajit joined Berkshire Hathaway in 1985. From there, he built up what would become an insurance company with float of more than $37 billion. 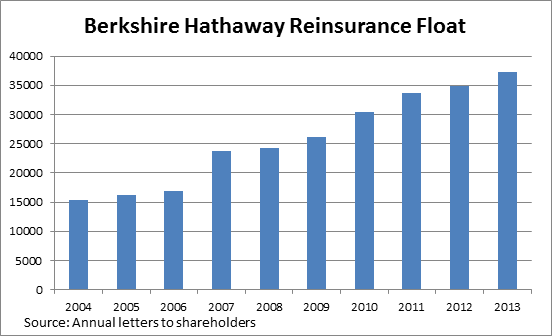 Insurance isn't all about float-gathering, however. Most insurance companies gather their float with low pricing, giving up underwriting profits in exchange for more "free" money.

Ajit, however, is more prudent. In the last 10 years, Berkshire Hathaway Reinsurance's float has grown, but it's grown profitably. Berkshire Hathaway recorded $5 billion in underwriting profits from Ajit's insurance lines from 2004-2013.

Frankly, I'm often torn as to which Berkshire succession investors should worry the most about. Warren Buffett is a legendary investor, but Ajit Jain is a legendary underwriter. Arguably, one couldn't exist without the other.

4. Clayton Homes
No, Clayton Homes doesn't appear because it is (just now) on the right side of a housing bubble. Certainly, Clayton Homes recent performance is much better than it was just 5 years ago.

The lasting quality of Clayton Homes is its operating model, which distinguishes it as one of the best companies in the industry. 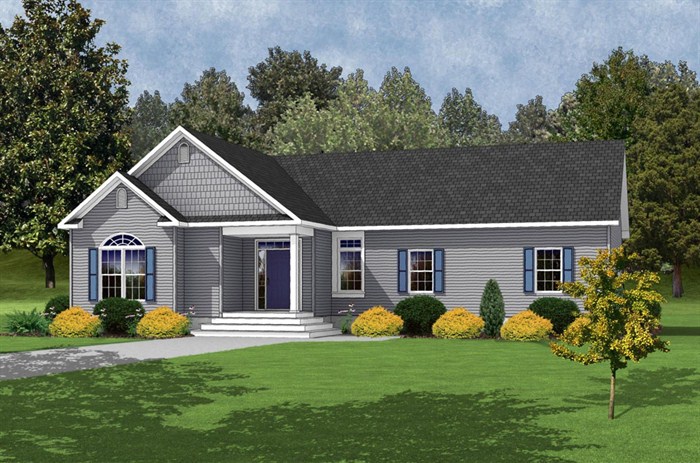 This requires a little backstory. Think back to 2004 and 2005. The housing market was on fire. Manufactured homes were selling quickly, mostly on the back of subprime mortgage lending. A manufactured home could be assembled, and then sold with help of seller financing. Many industry players got in the habit of selling too many homes to too many distressed borrowers.

Clayton Homes didn't. The reason boils down to culture. Clayton Homes aligns the interest of managers with its own. Profits are split 50-50. Buffett described it as a perfect system, whereby dealers who take inadequate down payments, or who encourage loose lending, have to take care of their own problems and deal with repossession. This, Buffett contends, is the key to quality underwriting.

Clayton Homes generates income from two sources: mortgages and profits from the sale of homes. It has been profitable in every year -- even in 2008 and 2009. It also offers a "lumpy" bonus in the form of outsized manufacturing profits during housing booms. In the last three years, Clayton Homes has generated more than $800 million in pre-tax profits, or roughly half the original purchase price of $1.7 billion from 2003.

Most importantly, these profits, and Clayton's growth, came over a period in which manufactured housing was in decline. 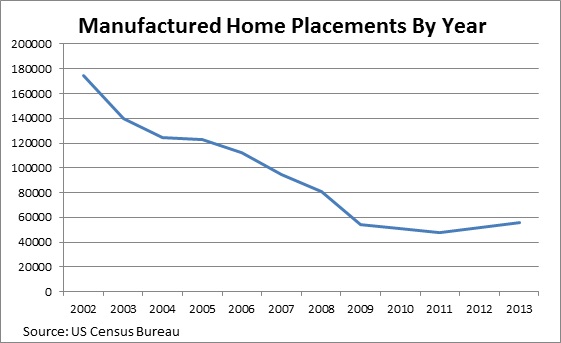 Clayton Homes is a gem, though it's only infrequently noticed in the best years for housing. Not only is it the biggest homebuilder in the country by number of homes built, it's also a financing machine, backed by the cheap funding of Berkshire Hathaway.

5. BNSF
Burlington Northern Santa Fe isn't cash cow like See's Candies. Certainly, the amount of capital to run a railroad is much, much higher than confectioner. For that reason, it'll never be a high-return business.

But I'm not particularly concerned about the low returns that typically follow a capital-intensive business. BNSF makes sense as a Berkshire holding, as it is a "sponge" for the float that Berkshire Hathaway generates from its insurance subsidiaries.

Berkshire Hathaway's insurance operations generate a tremendous amount of free float. BNSF is a great place to store that float, especially when returns on alternative insurance investments -- think high-rated bonds -- are low like they are today.

Perhaps most important, however, is that BNSF doesn't have to be a drain on Berkshire's financial resources. Buffett noted in his latest letter to shareholders that much of BNSF's capital-intensity can be financed with nonrecourse debt to Berkshire Hathaway. Said another way, BNSF is such a good credit that it can borrow funds it needs on its own terms. Berkshire Hathaway doesn't need to back it up.

BNSF will continue to be a billion-dollar, bottom line driver for Berkshire Hathaway for years to come. It seems highly unlikely, perhaps impossible, that it can be displaced with an alternative. After all, BNSF can ship a ton of freight 500 miles on a single gallon of diesel.

Electric cars are cool, but when you need to move a whole lot of stuff, the economics of railroads are unmatched. And although it's a capital-intensive, lower-return business, pairing it with stellar insurance companies makes for a perfect match. If anything, it gives investors some certainty of where capital will go when Buffett finally steps down.

10 Reasons Berkshire Hathaway Is the Best Stock You Can Buy