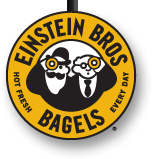 Bagel-shop kingpin Einstein Noah Restaurant Group (NASDAQ: BAGL) has been on a major store expansion drive, growing its store base by approximately 25% over the past four fiscal years.  The company plans to ratchet up that pace even further in 2014; it expects to increase its overall store count by an additional 10% in an effort to match the expansion plans of larger competitors, like Starbucks (NASDAQ:SBUX).

However, shareholders are still waiting for Einstein Noah's financial results to catch up to its pace of physical-store expansion; the company posted a marginal 3.7% gain in operating income in its most recent fiscal quarter.  With Einstein Noah unveiling a new lineup of breakfast sandwiches and beverages in early March, though, perhaps this is the quarter when the company breaks out.  So is it time for investors to bet on the story?

What's the value?
Einstein Noah is the king of the bagel-shop concept, operating roughly 850 stores across the country through its Einstein Brothers, Noah's New York, and Manhattan brands.  The company has built a solidly profitable operating model by diversifying beyond its trademark bagels; it currently offers an assortment of made-to-order sandwiches, soups, and salads.  Einstein Noah has also been angling for higher beverage sales, mostly through coffee, which currently only accounts for around 10% of its total sales.

In its latest fiscal year, Einstein Noah reported modest top-line growth of 5%, helped by menu price increases as well as a strong double-digit gain from its catering segment.  On the downside, though, the company's profitability slipped slightly compared to the prior year, due to lower per-store productivity and higher occupancy costs at its non-traditional locations.  The net result for Einstein Noah was lower operating cash flow, which negatively affected its ability to fund its ambitious growth plans.

Certainly, Einstein Noah's more aggressive push into the breakfast daypart with an enhanced roster of sandwiches and coffee beverages makes sense; it would likely improve its stores' sales productivity and potentially reverse last year's negative comparable-store sales performance, its first comp decline since fiscal 2009.  Unfortunately, the move also puts the company in the direct headlights of competitors that are also trying to bolster their breakfast sales, like Starbucks.

Everyone wants a piece of the breakfast pie
The king of the coffee shop niche has made no secret about its big intentions in the breakfast space, which are highlighted by its recent unveiling of new breakfast options that include Ham & Swiss and Vegetable & Fontiago sandwiches.  Indeed, the company undoubtedly designed its 2012 acquisition of bakery La Boulange to improve its offerings in the baked goods and prepared-foods areas.

In fiscal 2014, Starbucks has continued to post strong financial results, highlighted by a 10.4% top-line gain that was aided by strong comparable-store sales growth and a continued store expansion drive around the world.  More importantly, the company's profitability continued to improve; this has led to strong cash flow generation which has fueled its various product development initiatives, which will no doubt include further entries in the breakfast space.

Also looking for a share of the breakfast pie is Yum Brands' (NYSE:YUM) Taco Bell unit, which entered the space earlier this year with a sandwich lineup that included its Waffle Taco and Breakfast Burrito options.  The company is likely hoping that the strategic move will help return Taco Bell's sales growth to the plus column after a flat year-over-year performance in its latest fiscal year.  While it is unclear what kind of a player Taco Bell will be in the breakfast space, its size and scale of operations will undoubtedly make life more difficult for Einstein Noah.

The bottom line
Einstein Noah has big plans for 2014 that include a significant store expansion drive as well as a greater presence in the breakfast daypart. Whether or not those plans will result in higher sales remains to be seen, given the similar breakfast aspirations of larger competitors like Starbucks and Yum Brands' Taco Bell unit.  Given Einstein Noah's minimal profit growth in fiscal 2014 to-date, prudent investors should probably take a wait-and-see approach prior to plunging into this bagel king.