Please ensure Javascript is enabled for purposes of website accessibility
Log In Help Join The Motley Fool
Free Article Join Over 1 Million Premium Members And Get More In-Depth Stock Guidance and Research
By Sean Williams - Jun 8, 2014 at 11:32AM

A recent study from iSeeCars.com shows that consumers are getting the most miles out of this hybrid vehicle -- hint: it's NOT the Prius!

The Environmental Protection Agency has spoken and President Obama concurs: More fuel-efficient vehicles are on their way whether you want them or not.

Signed into law in 2012 under guidance from the EPA, the Obama administration finalized its standards requiring automakers to boost the average miles per gallon, or mpg, of their fleet from the previous prerequisite of 35.5 mpg in 2016 to 54.5 mpg by 2025. As noted by President Obama, "By the middle of the next decade our cars will get nearly 55 miles per gallon, almost double what they get today." In total, if automakers are able to achieve these high standards it'd produce savings of more than $8,000 over the lifetime of a vehicle by 2025. In plainer terms, this equates to about $1 per gallon in savings -- not a negligible amount for middle-class families.

Automakers are expected to pull out all the stops, so to speak, to achieve these lofty fuel-efficiency marks. We've already witnessed a surge in electric-vehicle production, as well as a reduction in the weights of vehicles, improvements in fuel consumption usage due to more efficient engines (Ford's (F -0.08%) EcoBoost engines, for example), air conditioning system improvements, and even engine modifications that allow vehicles to run on alternative fuels such as natural gas.

Understanding the value trade-off of hybrid vehicles
However, one gigantic source of mpg improvement that we're already seeing tangible evidence of today is the proliferation and acceptance of hybrid vehicles. Hybrids utilize an electric powertrain and combine it with a traditional internal combustion engine to create a vehicle with improved gas mileage that, depending on the model, may be able to run on battery power alone. Certain hybrids are also able to conserve gas consumption by turning off while the vehicle is idling, as well as by using the kinetic motion of the vehicle while under braking to generate battery power.

The big trade-off between internal combustion engine, or ICE, vehicles versus hybrids really comes down to how long you plan to own your vehicle. Because hybrids incorporate newer technologies and more complex powertrains and engine components, they tend to cost more than traditional ICE vehicles. However, hybrids also tend to get much better gas mileage than their ICE competitors, saving consumers money one fill-up at a time. This long-term value proposition, as well as the desire to do something good for the environment by purchasing a vehicle that emits fewer harmful compounds, is what has made hybrids something of a staple offering for a number of automakers.

One hybrid to rule them all
Simply put, you can't think about hybrid-electric vehicles without first thinking of Toyota's (TM -1.61%) Prius, the very first mass-produced hybrid car, introduced in 1997. Today's Prius family has pushed the mpg envelope much further than the first-generation models and now yields about 50 mpg, combined.

Not only is the technology behind the Prius improving, but consumers actually want to own the car as well (which is important to Toyota's financial success). In 2002 Toyota sold just a hair more than 20,000 Prius units. Last year, Toyota tallied more than 234,000 units sold, although this was down about 1% from the prior year as consumers are likely awaiting the debut of the fourth-generation Prius (the 2015 model). Including its year-to-date sales and tracking back to the beginning of 2005, more than 1.53 million units of the Prius have been sold in the United States. By the numbers it really would appear to be the one hybrid to the rule them all. In May, iSeeCars released a study examining some 20 million vehicles to determine which hybrids, if any, had crossed the 150,000 mile mark. The point of such a study is simple: Hybrids cost more up front due to their state-of-the-art technology, but the longer they're driven the more money they could eventually save the consumer. At some point the pendulum swings in favor of cost savings, and iSeeCars wanted to determine which hybrid vehicles were being driven the longest and returning the most cost savings to consumers. The result, needless to say, was a bit shocking.

Where is the Toyota Prius? How about fourth on iSeeCars list, with just 2.1% of vehicles having crossed the 150,000-mile mark. According to iSeeCars CEO and co-founder Phong Ly, this could have more to do with the Prius being purchased more as an environmental statement than as a practical family car. 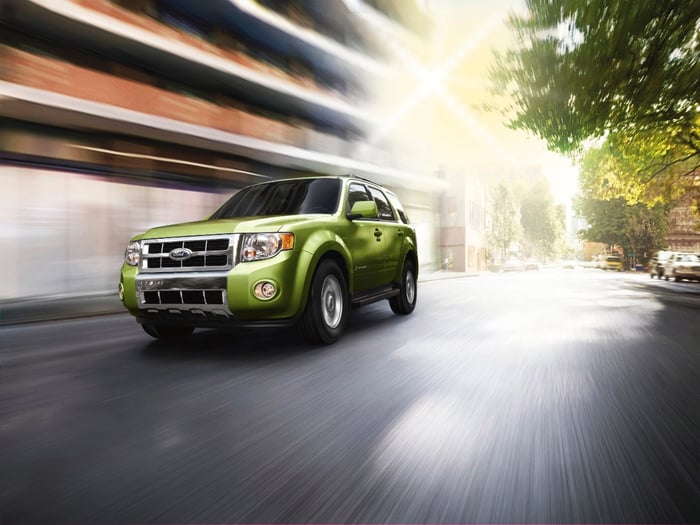 Ahead of the Prius, in a tie for second place, are the Ford Escape Hybrid and the Toyota Highlander Hybrid, both with 2.7% of their vehicles crossing the 150,000-mile threshold. On one hand, Toyota can revel in the fact that it produces two of the longest-lasting hybrids on the road. This data would demonstrate that Toyota hybrids are reliable vehicles which may help inspire confidence and loyalty in the brand. The same goes for the Ford Escape Hybrid, the only American-made car to make iSeeCars's list of the top seven hybrids.

Yet, even with strong Highlander Hybrid sales, Toyota also has to be a bit concerned that iSeeCars' data shows that SUVs are being driven for a longer period of time than its flagship Prius. This certainly could allude to the fact that SUVs are larger, family oriented vehicles which are more practical in terms of size than the Prius. In fact, Ly commented that SUVs "... are used much more heavily as family vehicles, carpooling, and going on road trips, versus the Prius." This could lead to cannibalization of Prius sales if the fourth-generation model fails to wow consumers, which would be a shame considering how much history has built up behind the Prius brand.

As Ly opined following the study, "Perhaps consumers who buy Honda Civic Hybrids tend to be more efficiency-minded and are looking to get the most miles out of their cars."

Of course, in terms of total sales the Toyota Prius has mopped the floor with the Honda Civic Hybrid, tallying more than 234,000 total units sold in 2013 compared to just 7,719 total Honda Civic Hybrids in 2013. Some factors that could play into this gigantic gap include the 17-year history backing the hybrid Prius, as well as its superior fuel economy, higher horsepower, and lower starting price point compared to the Civic Hybrid.

Yet, this study could present both an opportunity and a wake-up call for Honda and Toyota.

Honda can take this data and perhaps work toward improving consumer awareness surrounding alternative engine options for its Civic. With hybrid and natural gas options available for the Civic, Honda may be able to exploit the reliability inherent with its brand name to take market share away from its competitors. Studies such as iSeeCars only confirm that Honda consumers tend to buy their vehicles for the long term, a testament to their reliability.

For Toyota, it serves as a reminder to stay innovative. Innovation is what drives consumers to purchase a vehicle in the first place, and Prius' fourth-place finish could mean that the model isn't achieving all that it's capable of -- or that Toyota still is missing a crucial component of its target audience. Either way, it gives Toyota a wake-up call to continue improving its hybrid lineup.