The recent cloud pricing wars that saw cloud infrastructure leaders Amazon, Google (NASDAQ:GOOG), and Microsoft (NASDAQ:MSFT) effect huge price cuts for their cloud services have started claiming their first victims. Ubuntu One Cloud Service by Canonical was officially shut down on June 1, 2014, with all content scheduled to be deleted on July 31, 2014.

In a blog post to Ubuntu One users, the organization said that its role as an open platform was to promote third-party services. However, the increasing amounts of free storage provided by top competitors such as Google Drive, Box, and Dropbox made it unfeasible for the organization to continue competing effectively.

Ubuntu One users moving data to Google Drive
A closer look at the pricing structures of the lower price tiers for leading providers reveals that Google Drive is perhaps the biggest reason why Ubuntu One went belly up. The service is very competitively priced, and offers the best free service plan at 15GB/month. In an ironic twist of fate, it also appears as if Google Drive is also going to become the biggest beneficiary of the fallout. Apparently, Many Ubuntu One users are shifting their data to Google Drive using a robust native client for Linux from a company called Insync.

A blog on Linux's website advises Ubuntu One users to shift their data to other cloud services, with Google Drive being offered up as a top alternative.

It's difficult to come across figures for Ubuntu One revenue, or the size of its install base. A survey conducted two years ago on Ubuntu One users found that there was a great deal of overlap with other operating systems. 76% of Ubuntu users were also Windows users, while 51.3% also used Android. 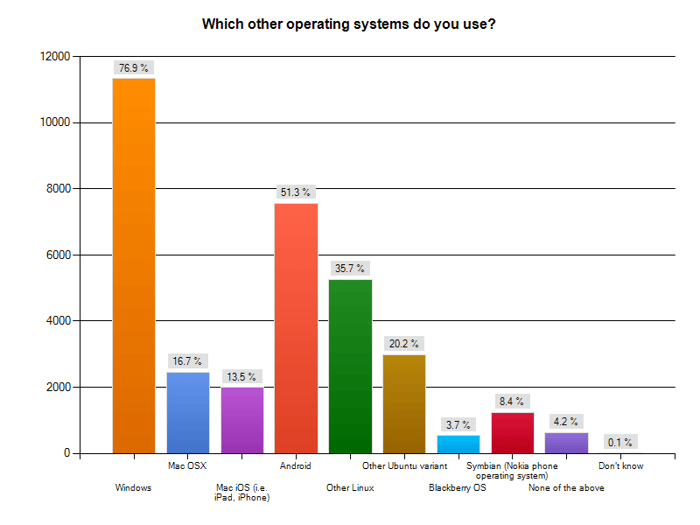 Microsoft reported in May of last year that it had 250 million SkyDrive users (now called OneDrive) while Google Drive has about 120 million users.

Microsoft's OneDrive is mainly used as a backup cloud for Windows devices, especially PCs, since Windows OS commands over 90% market share. Windows Phone market share is still quite small (around 3%.) Although Linux commands just 1.62% of desktop OS market, the fact that more than three-quarters of Ubuntu One users also use Windows means that Ubuntu One probably has a lot more users than what Linux OS market share would suggest.

Google's shortcomings
Google's cloud is ranked as the fifth-largest, with a 4.5% share of the cloud market (IaaS, PaaS, and hybrid clouds.) In comparison, second-placed Microsoft has an 8% slice of the market. Google's cloud grew 60% during the last quarter, compared to Microsoft's 154%.

Google's cloud service seems very user-friendly for smaller users. However, for it to really compete effectively, it also needs to focus more on enterprise customers. According to a recent Gartner report, Google is a strong cloud contender, but its cloud lacks a successful operational track record. Google's cloud also lacks several operational features that mainstream enterprises are likely to consider useful, chief among these being a hybrid strategy.

A Tech Pro Research survey conducted last year revealed that 35% of organizations prefer using hybrid clouds (a combination of private and public clouds), while only 18% placed all their data exclusively in the public cloud. 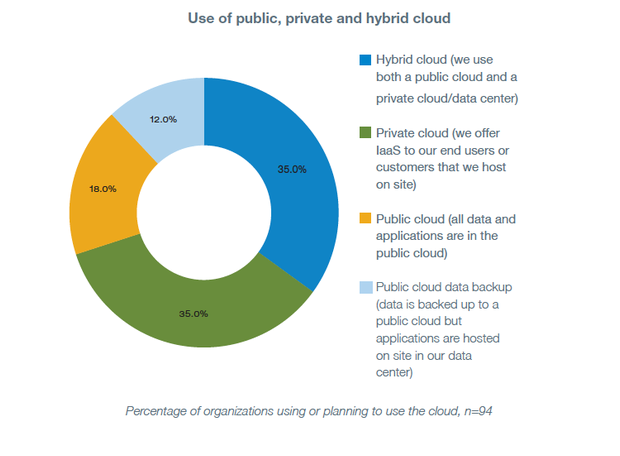 Microsoft's hybrid strategy could be one of the reasons why its cloud is growing so fast. Hybrid clouds are a combination of public and private clouds. Using this strategy, certain workloads that are not very security sensitive are moved to the public cloud, while more sensitive data remains in the private cloud.

Microsoft new cloud vision includes a willingness to maintain a vendor-agnostic position that allows other cloud vendors to connect to Azure. Its recent cloud deal with Salesforce is one instance of this happening, and may help to accelerate growth in its cloud even further.

Conclusion
Google Drive could see a huge influx of Ubuntu One users after the service finally draws the curtains at the end of July. This will no doubt mean more business for the cloud service. The user-friendly pricing of the service seems to be working in its favor, and might dramatically increase the number of small users in the near future.