RetailMeNot, the largest marketplace of digital coupons and discounts, is still in the early stages of growth and offers significant long-term potential for patient investors.

The Pencils IRA Project is dedicated to building a portfolio of promising businesses that can be followed and replicated by both young and new IRA investors. Each holding of the Pencils IRA Project must meet the five pillars of a "megagrower" business -- purpose-driven business, innovative products, visionary leadership, increasing cash-flow production, and strong company culture -- with significant potential to create stakeholder value and substantially beat the market over the long haul.

When it comes to shopping, people love discounts, and retailers love attracting new customers. RetailMeNot (SALE) helps both parties get what they want through its website and its mobile app, and it has already increased its sales 12-fold over the past four years. For the two reasons below, as well as the three reasons explored in my next article, I believe RetailMeNot's growth story is just getting started and offers an opportunity for patient investors to enjoy market-beating returns over time. 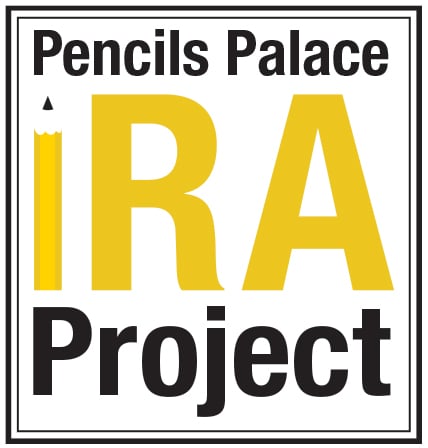 1. Purpose-driven business
RetailMeNot oversees a platform where customers looking for deals are matched with retailers offering discounts. RetailMeNot's network grew to more than 60,000 retailers and brands offering deals to customers in 2013. Consumers want deals, and retailers want to offer deals to attract consumers. RetailMeNot -- today the largest digital coupons marketplace in the U.S. and the U.K. -- operates a platform that serves as a win-win for consumers and retailers alike.

Founder and CEO Cotter Cunningham explains that the company's mission is "to be the number one place where consumers go to find the best offers, whether shopping online or at a store." Says Cunningham: "We continue to reinforce our leadership position by not only helping consumers find our best digital coupons, but also creating an efficient channel for leading retailers to engage with a large, enthusiastic audience."

Boiled down, RetailMeNot's purpose is to help consumers save money by matching them with retailers offering discounts and deals.

2. Innovative products and services
The beauty of RetailMeNot is the company's growing network of retailers and brands offering deals to consumers. "We have created a marketplace for retailers to drive sales by showcasing their offers to consumers," says Cunningham. According to Cunningham, each consumer saves $20 on average through RetailMeNot. In contrast to Groupon (GRPN -8.92%), which Cunningham describes as a platform where small businesses give big discounts sporadically, RetailMeNot helps big businesses -- including Southwest Airlines, Starbucks, and Macy's -- give small discounts every day. With more than 560 million visits to its website in 2013 (up from 350 million in 2011) and 16 million downloads of its mobile app, RetailMeNot is clicking in consumer engagement.

It is key for RetailMeNot to differentiate itself from Groupon, whose mobile app has been downloaded nearly 70 million times and helped the company increase sales 10% to $2.6 billion in 2013. Groupon has certainly commanded a market niche when it comes to matching customers with specific local deals, with sales growing at an average annual pace of roughly 17% since 2011. Groupon's business, however, suffers from poor customer reviews on SiteJabber (2/5 compared to 4/5 for RetailMeNot). Groupon offers extensive deals from small businesses on a few products over a short period of time, while RetailMeNot specializes in delivering a wide variety of ongoing discounts and deals from many popular retailers and brands.

The RetailMeNot portfolio also includes Voucher Codes, the largest digital coupons marketplace in the United Kingdom, in addition to several other URLs and businesses in countries such as Germany, The Netherlands, and France. All have the same basic function: helping to match consumers with the best deals from their favorite retailers and brands. Deals and discounts will appeal to consumers around the world, and RetailMeNot is tapping into this global market.

There is especially great potential for RetailMeNot in the mobile market. "Now that more than 50 percent of American adults are smartphone owners," says Michael McGuire, research vice president at Gartner, "marketers are compelled to develop mobile strategies that ensure their products and services can be found, and purchased, by consumers on the go." An April 2014 survey from Gartner found that companies allocate on average 28.5% of their total marketing budget to digital marketing, up 20% from 2012 levels. Digital marketing spend is expected to increase 10% in 2014.

Customers with RetailMeNot's mobile app are notified when they are in the proximity of retailers offering deals, in addition to having the opportunity to conveniently search for deals on the go. Revenue through mobile devices now represents 15% of RetailMeNot's overall sales, with mobile revenue increasing a staggering 127% year over year in the first quarter of 2014. Mobile app sessions skyrocketed to 125.3 million in the first quarter of 2014 from 20.2 million in the same period last year.

Foolish final thoughts
RetailMeNot stands to benefit as more retailers and brands engage in ever-increasing volumes of digital marketing. Winterberry Group, a marketing consulting firm, projects digital ad spending to top more than $50 billion in 2014. Think about it. Over the next five years, do you think more or less marketing money will go toward digital marketing?

I expect current trends to continue and anticipate growing digital marketing spending in the years ahead. If this is indeed the case, RetailMeNot presents a timely opportunity for patient investors to take advantage of a marketing industry evolving toward the digital market. For these reasons, as well as the three pillars explored in my next article, I am happy to add RetailMeNot to the Pencils IRA Project.

David Kretzmann owns shares of RetailMeNot. You can follow David on his Foolish discussion board, Pencils Palace, on CAPS, or on Twitter @David_Kretzmann. Learn more about David's Pencils IRA Project at Fool.com. The Motley Fool recommends RetailMeNot. Try any of our Foolish newsletter services free for 30 days. We Fools may not all hold the same opinions, but we all believe that considering a diverse range of insights makes us better investors. The Motley Fool has a disclosure policy.