Last November, I highlighted Olive Garden as Darden Restaurants' (NYSE:DRI) crown jewel. While Olive Garden remains Darden's largest brand and the biggest Italian restaurant chain in the U.S., it has been a drag on Darden's performance. While Darden executives have been working on turning around Olive Garden, they're still coming up short. Same-store sales in the most recent quarter declined 5.4% at Olive Garden.

However, things are looking better for Darden at its Longhorn Steakhouse brand. While Longhorn Steakhouse did face some headwinds in the most recent quarter due to the severe winter weather, it still managed to post a positive same-store sales gain of 0.3%. This was an even better performance than Darden's Specialty Restaurant Group, which posted a decline of 0.7%.

Now that Darden Restaurants is selling Red Lobster to Golden Gate Capital for $2.1 billion, is it time for Darden to turn its attention toward Longhorn Steakhouse? Longhorn Steakhouse has been ignored within the Darden portfolio and been overshadowed by the struggles at Olive Garden and Red Lobster. If Darden focuses more on Longhorn Steakhouse, what would this mean for Outback Steakhouse, owned by Bloomin' Brands (NASDAQ:BLMN), and Texas Roadhouse (NASDAQ:TXRH)?

Beefing up its business
Longhorn Steakhouse was purchased by Darden Restaurants in 2007. Each restaurant is decorated in a western motif and features fresh -- never frozen -- steaks, ribs, chicken, and seafood. Third-quarter sales rose slightly more than 9% to $363 million. Darden has about 464 Longhorn Steakhouse locations.

Longhorn Steakhouse is running a series of specials this summer hoping to boost sales. New limited time only menu items include a pineapple-topped Hawaiian ribeye, grilled lobster chops, and a tilapia and grilled shrimp combo. Side items added include grilled corn on the cob, fried green tomatoes, and a grilled watermelon wedge salad.

Longhorn Steakhouse also just introduced its first nationwide happy hour menu. The Prime Time menu was launched last month and features drink and snack specials every day from 4 p.m. to 7 p.m. There is a $3 menu with draft beer and appetizers such as house made kettle chips. The $4 menu offers house wine and Spicy Chicken Bites or Crispy Jalapeno Shooters. On the $5 menu, there are specialty cocktails and snacks such as Wild West Shrimp Tacos and a Shrimp & Avocado Stack.

Last month, Outback Steakhouse introduced its new Moonshine BBQ menu. This limited time menu will run at all 767 domestic Outback locations until July 8. The menu incorporates barbecue and un-aged whiskey in its items. There are also three Moonshine cocktails that are priced at $5.50 each. 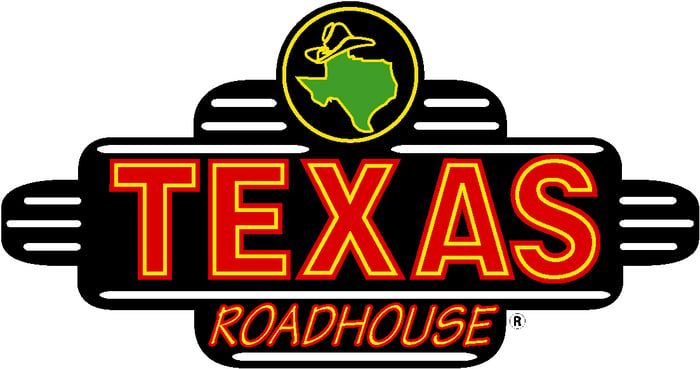 Texas Roadhouse is running a few specials but not as many as Longhorn Steakhouse or Outback. With the sales gains Texas Roadhouse is achieving, it doesn't have to be as promotional. To get customers to sign up for its VIP Email Club, Texas Roadhouse is offering diners a free appetizer upon sign-up. From June 4 to July 1, there's the Blue Ribbon Rib Fest. Guests who participate can enter to win a stainless steel gas grill or a ceramic smoker.

In looking at the table, you can see that Texas Roadhouse has the highest operating margin among the three. This is because Texas Roadhouse operates only one concept. Bloomin' Brands and Darden Restaurants have multiple concepts in their portfolios. For Darden Restaurants, its Longhorn Steakhouse is outperforming its other concepts. However, those weaker performers are contributing to Darden Restaurants having a lower operating margin.
Foolish final thoughts
Selling Red Lobster is certainly a step in the right direction for Darden Restaurants. Management should focus on which brands it feels it can grow and lose its slower-growing concepts. Longhorn Steakhouse has great growth potential as evidenced by Texas Roadhouse's performance. I think a greater focus on Longhorn Steakhouse by Darden's management would be great news for Darden Restaurants shareholders as it might be the company's true crown jewel.
This article represents the opinion of the writer, who may disagree with the “official” recommendation position of a Motley Fool premium advisory service. We’re motley! Questioning an investing thesis -- even one of our own -- helps us all think critically about investing and make decisions that help us become smarter, happier, and richer.