The gap between the S&P 500's (SNPINDEX:^GSPC) best and worst performing stocks in any given week is typically large, and the past five days haven't been an exception, as Family Dollar Stores (NYSE:FDO.DL) was up by 10% while Delta Air Lines (NYSE:DAL) was off by more than 7%.

Why Family Dollar Stores soared
In the case of Family Dollar, the market was responding to news that billionaire activist investor Carl Icahn has taken a 9% position in the discount retail chain.

As The Wall Street Journal wryly observed, "Carl Icahn has probably purchased only one thing at Family Dollar: its stock."

Perhaps more surprising than Icahn's interest in Family Dollar is that he's only one of many high-profile investors to recently stake claims in it. Together with hedge fund manager John Paulson and "takeover artist" Nelson Peltz, the three own almost a quarter of the company's outstanding shares. 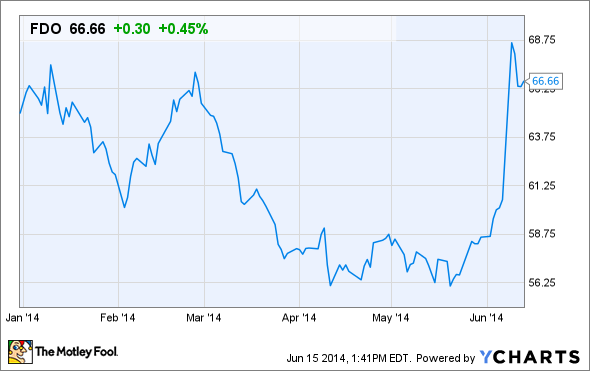 The rationale appears to be twofold. In the first case, it seems to reflect an unfortunate pessimism in the ongoing economic recovery -- and particularly among the patrons of deep-discount retailers.

In short, the slower the recovery, the better it is for companies like Family Dollar.

Additionally, as my colleague Dan Caplinger pointed out on Saturday, Icahn has his sights set on consolidation within the industry. "If successful," says Dan, "making Family Dollar a merger candidate could be the key to investors' long-term success."

After more than doubling over the past year, shares in the transportation giant took a sharp downward turn on Wednesday after fears that an escalating conflict in Iraq could cause oil prices to increase. 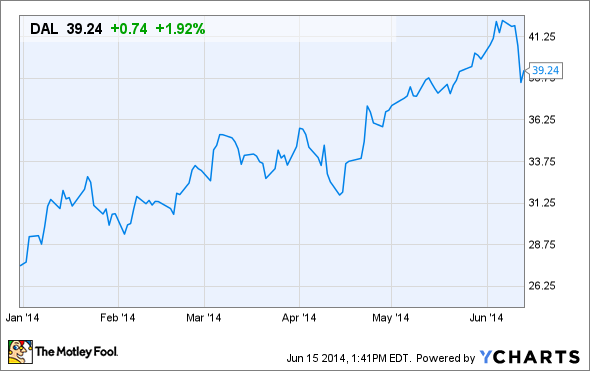 Suffice it to say, given that oil prices are one of the biggest expenses in the airline industry, the net result would be an almost certain decline in profitability for companies like Delta Air Lines, United Continental, and Southwest Airlines, among others.

Is this bound to happen? Not necessarily, as much of it depends on the positions of Delta's hedges. If it's positioned for a sharp increase in energy costs, it could even benefit relative to peers -- though, investors certainly shouldn't bet on this being the case.

Moreover, if the conflict in Iraq does weigh on oil prices, as I discussed yesterday, it's likely to be only temporary. The net result, as my colleague Adam Levine-Weinberg wrote last week, is that "the sudden weakness in airline stock prices could represent a good buying opportunity."

I, for one, would exercise more caution when considering whether to invest in this sector -- in fact, I wouldn't touch airline stocks with a 10-foot pole. But that being said, if a company like Delta Air Lines is on your watchlist, then this may be the opportunity you've been waiting for.