After increasing 1.7 million barrels the previous week, this latest supply squeeze puts oil inventories back on the downward trajectory they had been following since the beginning of May. While imports fell slightly from the previous week, a 546,000 barrel-per-day boost in refinery inputs was the main reason behind this latest draw. Overall inventories have expanded a slight 0.2% in the past 12 months. 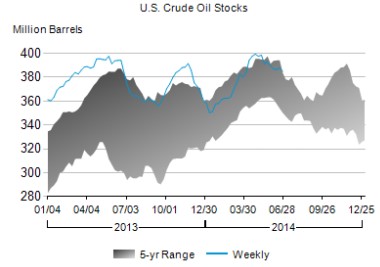 Gasoline inventories dropped 1.2 million barrels (0.6%) after expanding for the previous month. Demand for motor gasoline during the last four-week period is up a seasonally adjusted 0.5%. In the last year, supplies have contracted 4.5%.

During the past week, retail gasoline pump prices stayed steady at $3.704 per gallon. 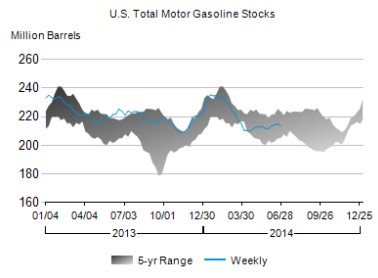 Distillates supplies, which include diesel and heating oil, increased 1.0 million barrels (0.7%) for the fifth-straight week of expansions. Distillates demand for the last four weeks is down a seasonally adjusted 8.0%. In the past year, distillates inventories have edged up 0.6%. 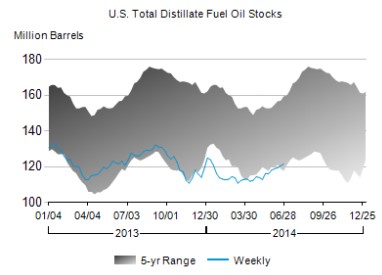