Electronic Arts' (NASDAQ:EA) Bioware recently asked fans of its sci-fi RPG franchise Mass Effect to complete an online survey about what they enjoy about the series and RPGs in general.

The survey asks fans what aspects of Mass Effect were the most important -- the story, customization options, combat, levelling up, or exploration. Fans can also write additional notes to Bioware regarding issues that weren't included in the survey. While the survey might just be a way to mold the marketing campaign for the upcoming, tentatively titled Mass Effect 4, it might also affect how Bioware trims the game prior to its release.

Some investors might think that it's a good idea to let fans have a say in what they want to see in Mass Effect 4, but anyone familiar with Mass Effect, Bioware, and EA should see the perils in opening the floodgates to fan input.

EA's new habit of surveying gamers
This isn't the first time EA has surveyed gamers. After the disastrous launch of the bug-filled Battlefield 4 last October, EA asked members of the community in January how likely they were to recommend the game to a friend, then let them submit a short review of the game. In March, EA launched a limited survey for The Sims 4, which asked gamers to rate previous expansion packs and pricing preferences.

These surveys can help EA address the three most common complaints about the company -- buggy games, weak customer support, and overpriced DLCs.

Jennifer Hepler, the senior writer of Dragon Age II, received death threats, threats against her children, and abusive phone calls due to the narrative changes in the second game, according to the U.K.'s Metro. While the second Dragon Age was admittedly less entertaining than the first game, nothing in a virtual world should justify such hostile behavior in real life.

The ending of Mass Effect 3 also caused an outcry among Bioware fans, who were upset that a game about branching narrative choices ended with three main choices, all of which destroyed the known universe. In response, Bioware fans organized a mass letter-writing movement dubbed "Operation Letter Tsunami" to express their discontent with the ending. These letters included death threats against former Bioware Community Manager Chris Priestly, according to Geekmundo. 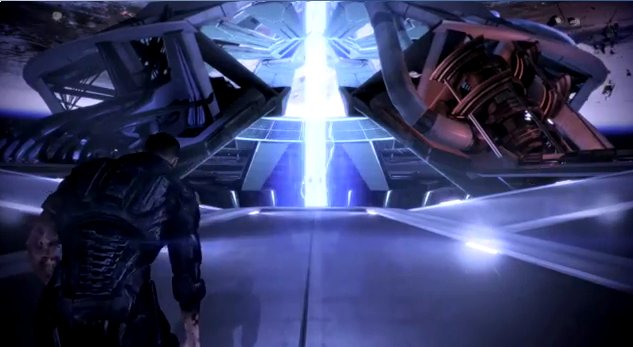 Bioware eventually released an "extended cut" of the Mass Effect 3 ending, which didn't change the ending but added additional cutscenes to give fans more closure.

Considering the hostile, obsessive behavior of some Bioware fans in the past, is it really wise for the studio to ask fans what they want in Mass Effect 4?

Bioware wants to avoid the mistakes of the past
On one hand, asking gamers what they want to see in Mass Effect 4 could help Bioware develop a more marketable, fan-pleasing game. But on the other hand, it could compromise Bioware's artistic integrity, in the same way a visionary film director is forced to butcher a film to reach a wider audience.

Bowing completely to fan demands could also produce something similar to the Citadel DLC for Mass Effect 3, a goofy fan service package that resembled the "happy" ending that some fans prefer over the bleak official one.

From a business perspective, it's not hard to see why Bioware wants to test the waters by surveying gamers first. EA only sold 2.3 million copies of Dragon Age II -- a 49% decline from the first game, Dragon Age: Origins. That kind of decline, driven by lackluster reviews and negative word of mouth, is what EA desperately wants to avoid with Dragon Age: Inquisition and Mass Effect 4.

EA is also considering the dilemma of rising costs. Mass Effect 4, a next generation title, will probably cost much more than Mass Effect 3, which had an estimated production budget of $40 million. EA clearly wants some assurance that Bioware isn't going to alienate hardcore fans with jarring shifts in gameplay or narrative.

The Foolish takeaway
In conclusion, asking fans what they want in such a narrative-driven game is a double-edged sword. It might make the game more marketable, but it could also throttle Bioware's creative ambitions. That would be a shame, considering how much of Bioware's reputation has been built on taking bold risks with gameplay and storytelling.

So what do you think, fellow gamers? Will Bioware bow to gamer demands and trim Mass Effect 4 based on fan feedback, or will it continue taking risks to remind us why it is one of the most innovative studios in the industry?