The world's energy demands are growing, and biofuels -- renewable fuels produced from organic feedstocks -- are a growing source of that fuel.

Agriculture is the No. 1 source of methane emissions in the U.S., and a potential source of biofuels. Source: Wikipedia.

Energy is the cornerstone of our modern world, and as the global population continues to expand, demand for energy is only going to grow. Take the increasingly difficult and expensive task of finding and extracting fossil fuels, and combine it with the geopolitical uncertainties that surround the world's oil-producing states, and it's no surprise that efforts to develop renewable fuels are increasing. This is before we even consider the very real environmental impacts of fossil fuels on our planet.

One of the most promising and exciting areas of renewable fuel development is the biofuels segment. Combining the best of biotech innovation and industrial know-how, biofuels developers are leading the charge into the way the world could be powering itself for the next century. For investors, biofuels offer amazing opportunities, but like any industry, it's a good idea to have a foundation of knowledge to operate from. This article is a good place to start on your journey, building a foundation of knowledge to help you make better investing decisions.

In short, it's fuels -- both liquid and gaseous -- derived from biomass. This biomass can come from a variety of sources, like industrial and commercial waste, as well as biomass specifically produced for the purpose of biofuel production.

Ethanol is found in various blends with gasoline from 10% to 85%. Source: Wikipedia user Mariordo.

The most common biofuel in use in the U.S. today is ethanol, largely produced from corn. Ethanol must make up 10% of gasoline sold in the U.S., and E10 is probably what you put in your car. Other common blends include E15 and E85, which are 15% and 85% ethanol, respectively.

Ethanol is commonly produced by agribusinesses companies, but the industry is quite diverse, with dozens of producers operating hundreds of facilities. However, corn-based ethanol has a number of major problems, primarily in the amount of energy it takes to grow the crop -- including fertilizers that are often made with natural gas -- essentially offsetting its ability to reduce demand for fossil fuels at this point.

Biodiesel, like ethanol, can be produced from plants, with soybeans the most commonly used in the U.S. Additionally, biodiesel is produced from waste vegetable and animal oils, and in years past, companies that used a lot of vegetable oil -- think large restaurant chains -- had to pay for the disposal of used oils. However, the growth in demand for biodiesel has actually turned this waste oil into a revenue generator.

The biggest potential limitation for ethanol and biodiesel production is arable land. It is estimated that it would take all of America's farmable land to replace oil-based diesel with biodiesel. This doesn't even factor in gasoline consumption. Needless to say, trading our ability to feed ourselves for fuel isn't a viable option.

Various kinds of plants, like some varieties of switchgrass, can be grown in areas of high salinity and produce viable amounts of material to produce biofuels. Further development of these plants will likely lead to the use of land that's not viable for food production, as a resource to produce biofuel. But there's another -- potentially more effective -- way to produce biofuels.

Large volumes of algal oils can be produced in a much smaller amount of space than biofuels produced directly from plant feedstocks. One company producing crude oil at scale has set up its production facility in the New Mexico desert, working with algae strains that use photosynthesis and CO2 to produce oil, while other companies have developed strains that are heterotrophic, grown in commercial scale fermenters, and using plant waste as its feedstock.

Custom algae strains are being developed to produce crude oil -- which can be refined in our existing refineries -- as well as custom oils and distillates that are ready for the end user. The applications for these custom oils extends far beyond just biofuels, with potential markets including nutrition, health and beauty, and industrial applications.

But most importantly, algal oils can be produced with less dependence on agricultural resources, which will only continue to be more pressured for food production in coming decades. 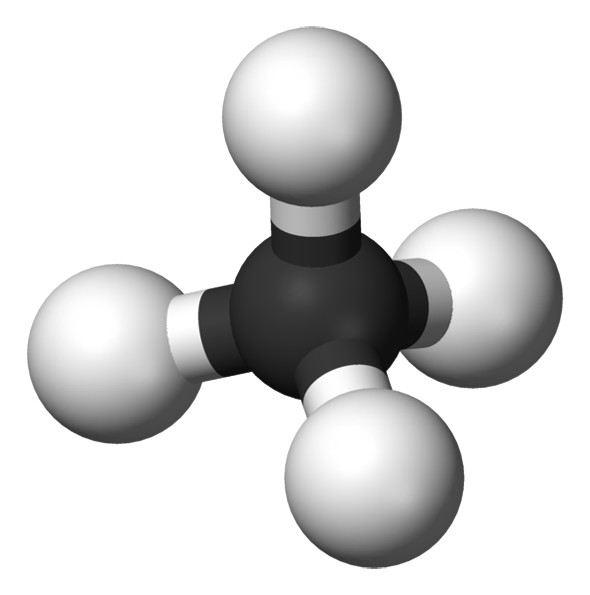 Methane emissions could be significantly reduced with methane capture for fuel.

Another source of biofuel is biogas, or biomethane. Produced from waste in landfills and waste processing facilities, and with methane digesters from the manure produced in animal raising activities, biomethane has enormous potential. Methane is an incredibly powerful greenhouse gas -- some 30 times more powerful than CO2 -- and agricultural activity is the largest methane emission source in the U.S.

In short, developing technologies to better capture this valuable fuel -- which is significantly less harmful to the environment when used as a fuel -- would offset the demand for imports and fossil fuel production, as well as shrinking the environmental footprint of the agriculture industry.

How big is the biofuels industry? According to the U.S. EIA, North American total production of biofuels was 14.5 billion gallons in 2011, the most current total information reported. As a comparison, total North American consumption of petroleum products that year was 356.7 billion gallons, meaning biofuels met barely 4% of North American demand for fuel. The International Energy Agency claims that biofuels could provide more than 25% of the world's transportation fuel by 2050. That's enormous growth from today's single-digit levels.

In the U.S., ethanol production has risen from 175 million gallons, to 13.3 billion gallons since 1980, essentially all of which offsets consumption of gasoline. Ethanol is blended with gasoline in order to reduce emissions, but has a number of challenges to its position as the dominant biofuel. By some estimates, the energy content of corn ethanol is less than the amount of energy that is put into production of the corn and the manufacture of the ethanol, and the cost is largely supported by federal subsidies provided to farmers.

Since 2011, a number of companies have made serious inroads into more energy- and cost-effective methods of producing biofuel, which over time could lead to a weakening of corn ethanol's role while the biofuels market itself continues to expand.

How do biofuels work?

This is the real beauty of the industry. Biofuels are essentially the same molecular fuels that are produced today from crude oil or natural gas. The difference is, the use of algae and plant & animal waste to produce the fuels, instead of extracting oil and gas from the ground. These methods are better for the environment since biomass, over time, will break down and release methane and CO2 into the atmosphere, so capturing the potential in this biomass, and then burning it as a fuel, actually reduces the environmental impact of human activity, while also offsetting the demand for fossil-based fuels.

In short, we can use technology to produce the same fuels that our transportation system uses today, reduce human environmental impact, and curtail the demand for fossil fuels.

What are the drivers of the biofuels industry?

It's a combination of growing demand for fuel, increasing demand for environmentally neutral fuel, and the need to expand our sources.

Today's most common biofuels like corn ethanol are costly and inefficient to produce, but technological advances are driving the cost of production lower and increasing outputs. Over time, demand for fossil fuels will combine with population growth, and further pressure to reduce harm to the environment. These will all drive demand for biofuels, while supply pressures on fossil fuels will help biofuels be more price competitive. Add in the innovation of custom oils to meet specific industrial needs, plus the potential for plugging bio-produced crude into our existing infrastructure, and there's a lot to like about the future of biofuels.