Apple's (NASDAQ:AAPL) next iteration of the iPhone may include a long-rumored mobile payment system, if the latest information from Pacific Crest analysts proves true.

In an investor note earlier this week the authors said Apple is working with Visa (NYSE:V) and said, "After analyzing the payments, handset, enabling technology and Internet landscape, we think a partnership between Apple and Visa would make strategic sense and believe an announcement could happen as early as this fall." The analysts expect the iPhone 6 to have Near Field Communication, or NFC, for contactless payments.

The mobile payment area in general is one that we've been intrigued with. That was one of the thoughts behind Touch ID. ... You can tell by looking at the demographics of our customers and the amount of commerce that goes through iOS devices versus the competition that it's a big opportunity.

Apple has 800 million iTunes accounts with registered credit cards, which it could easily use to launch a new mobile payment platform.

The company's also made several moves over the past year that point to a forthcoming mobile payment system. 9to5Mac reported in May that Apple was in talks with luxury clothing and premium good retail stores about mobile payments. The site also mentioned Apple's senior vice president of retail, Angela Ahrendts, is changing Apple's retail stores to focus on mobile payments.

That seems very plausible considering Apple added iBeacon technology to its stores at the end of last year. iBeacons allow devices to send and receive small amounts of data using Bluetooth Low Energy, or BLE. The signal can reach up to 150 feet, and could easily be used to make mobile payments in retail stores. One major benefit to using iBeacons over NFC technology is that any device equipped with Bluetooth can use iBeacons, which is much more prevalent in smartphones than NFC. But whether Apple opts for BLE or NFC isn't really the issue.

Apple appears focused on bringing some version of a mobile payment platform to its devices. The company's former head of its online stores, Jennifer Bailey, has reportedly built a team for a mobile payments project. Adding fuel to the fire, a former senior director for Visa joined Apple recently, as did a mobile payments executive from J.P. Morgan Chase.

But Apple is doing more than hiring new employees. In June, the company opened its Touch ID feature to third-party developers, leaving mobile payments wide open for iPhone app makers. Opening TouchID will allow PayPal and others to use Apple's fingerprint scanner for mobile payments. Previously, Touch ID could only be used with iTunes payments and unlocking the iPhone.

This should help Apple outpace the mobile payment competition, which is looking weaker everyday.

Back in 2011 Google launched its mobile payments platform, Google Wallet. The idea was that it would replace all the physical payment cards in your wallet. 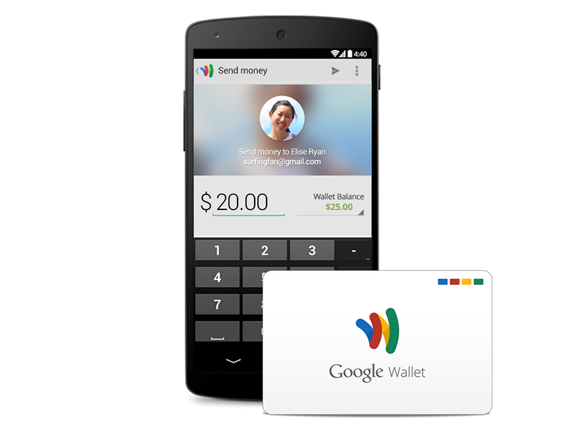 Google partnered with MasterCard, Macy's, Sprint, and other companies, but security and adoption problems stifled the platform. Google Wallet still exists, but the closest its gotten to point-of-sale purchases is tapping into a prepaid debit card from Google.

Aside from Android-makers attempt, T-Mobile, AT&T, Verizon Communications, and later Sprint banded together several years ago to launch ISIS Mobile Wallet. But this tech has faced several hurdles as well. Not every phone on a carrier's network works with ISIS, and even the ones that do need a special SIM card in order to make the payments. After that, users also need to download and setup payments through the ISIS app.

If that seems like a lot to do, it is. And it's likely why ISIS has failed to catch on with mobile customers.

By 2017, Forrester Research estimates U.S. consumers will spend $90 billion in mobile payments. What's interesting about this is that it's not likely Apple is going after those billions. After all, if Apple really cared about making lots of money from mobile payments it wouldn't open up Touch ID to third-party developers and launch a mobile payment platform with Visa at the same time.

Credit card transactions from PayPal and mobile payment platform Square earn about 2.7% to 2.75% for every swipe. While that certainly adds up for those companies, Pacific Crest noted that any type of mobile revenue from the potential Visa and Apple deal wouldn't be very much compared to what Apple makes from its current businesses.

For Apple, launching a mobile payments platform and opening Touch ID is about locking in its users. Apple earns about 59% of its revenue from iPhone sales and 17% from iPads -- combined, that's more than three-quarters of all Apple's revenue. With those numbers, it's clear Apple is interested in keeping its users on the iOS platform, and both the Visa partnership and third-party Touch ID payments could do just that.