How much does the American Dream really cost?

Last month, USA Today made waves by putting a price tag on the American Dream: $130,000 per year. That number seemed inordinately high to me. After I dug into how the paper arrived at that number, it became clear that there were numerous mathematical errors, none more egregious than overstating taxes by over 50%. I concluded that the average American family could live happily on an income of about $88,000. 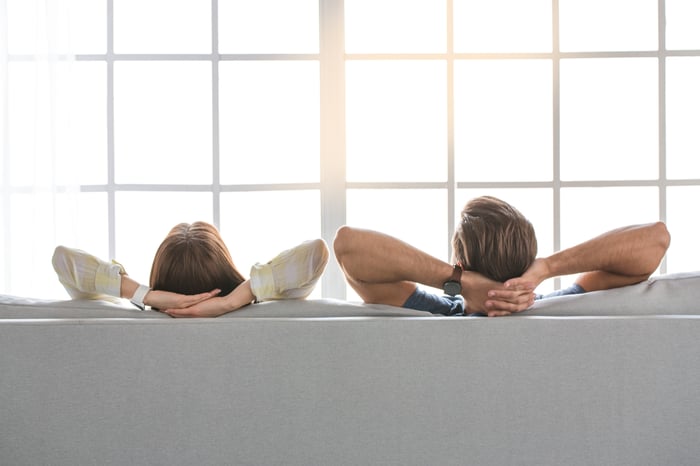 But would it be possible to live the American Dream on an even smaller income? What about $50,000? Probably not for the average American. But if you're willing to change you're internal narrative surrounding "wants" and "needs" -- and perhaps radically change your behavior -- such a lifestyle is entirely within reach.

There is no single definition of the "American Dream," nor should we automatically assume that it's something everyone feels is worth pursuing. Furthermore, even if we all had the exact same thing in mind when it came to the American Dream, the costs would show enormous variation depending on where we lived.

But it's hard to ignore the depressing implications of the $130,000 price tag. While it's always prudent to over-estimate how much something might cost, it's also worth focusing on the power of optimism and the factors that are under our control.

How much is your American Dream?

In that vein, I set out to see how much the American Dream would cost if I started from scratch -- knowing that the exact number wasn't important but rather the spirit behind finding it.

I decided not to use government statistics or databases to come up with my numbers. I understand why most people think using the average household value or spending habits makes sense.

However, as I alluded to above, I'm not discussing the average American. This is because -- by and large -- the average American is terrible with their finances. More than one-third of us have debt collectors on our tails, we are woefully underprepared for retirement, and we tend to over-spend when we have the chance to sock away more money.

Enter our hero
The hardest part of finding out how much financially savvy Americans spend each year is that they don't generally keep detailed notes on every little expense. And even when they do, they rarely broadcast the results publicly.

But that's where one of my favorite Internet celebrities, Mr. Money Mustache, a.k.a. MMM, comes in. MMM retired at the age of 30 and finds time to do pretty much everything that makes him feel purposeful and alive. He resides with his wife and son in Colorado.

And he keeps copious notes on his spending habits, which he releases for the world to see.

If you already follow MMM, you'll have a hard time arguing that this man isn't living the American Dream. He gets ample time both outside and with his family, he has taught himself everything from carpentry to alcohol distillation, and he sets his own construction work schedule (sometimes he gets paid, sometimes he doesn't). So how much does he spend every year?

Last year, the total bill came to $25,182. And that includes paying for health insurance in its entirety. If you subtract the unnecessary extras in his family's budget -- e.g., donations, travel, gym membership, organic food, and home renovations -- the number drops all the way down to $19,295. Check out the breakdown of these numbers here.

Could you live on that number?
For many of us, chances are that this number is too low. MMM doesn't have to save for retirement (he's already retired), nor does he pay a mortgage (he's already done paying it off). But what if we took his expenses and factored those costs in -- along with a little savings for junior's college expenses?

Let's assume you keep all of the extra goodies MMM had, like the summer vacation, organic food, and gym membership. Let's also assume you buy a $200,000 house with 20% down at today's going rates, put away $3,000 per year for college, save 15% of your income for retirement, take standard deductions and exemptions, and pay 7% in state and local taxes. In the end, your annual budget would look like this:

The American Dream for $50,800?
Chances are, if we surveyed everyone who read this piece, had them calculate what they needed to live their American Dream, no one would have exactly this number. Some would be lower, and many more would be higher -- especially for those who live on the coasts or in popular urban areas.

More than anything, MMM keeps his costs low because he loves learning how to do things for himself. Instead of going to fancy restaurants, he cooks home meals with his family. Instead of paying for cable, he takes advantage of the world around him -- friends, family, libraries, and public parks -- for entertainment. He also bikes practically everywhere and encourages his family to do the same.

In short, he's hyper-aware of when he might be spending money on something unnecessary.

We might view these decisions and say: "I could never live a life of such denial and sacrifice." But most of us don't have any idea of what that's really like. To him, his way of living is simply "slightly less ridiculous than average," with "average" being the family that constantly strives to keep up with the Joneses.

Does that mean we should all be able to live our dreams on $50,000? Not necessarily. That begs the question: If this number isn't reliable, why figure it out at all?

The answer: Because it's about the spirit in which we arrived at the number, the ability to view life optimistically, and the empowerment that comes from realizing how much control we have over our financial lives.