King Digital Entertainment (NYSE:KING.DL), the maker of Candy Crush Saga, crashed 23% on Aug. 13 after reporting disastrous second quarter earnings. The stock is now down 38% from its IPO price of $22.50.

King's gross bookings (proceeds from virtual transactions) rose 27% year-over-year to $611 million, but declined 5% from the previous quarter. King also expects bookings for the current quarter to fall 14% to 18% sequentially to $500 million to $525 million. King's user base also appears to be peaking. Monthly active users only edged up 1% from last quarter, while daily active users fell 3%. 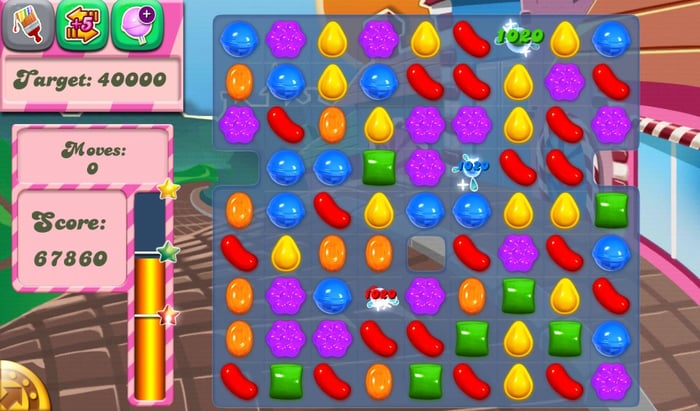 Mobile gamers are clearly getting tired of Candy Crush Saga, which is now over two years old. King's portfolio consists of 190 games, but Candy Crush Saga accounted for 41% of all gross bookings last quarter. Other games like Bubble Witch 2 Saga, which launched in June, simply weren't popular enough to offset Candy Crush's losses.

Looking forward, King's best hope is a new localized version of Candy Crush Saga for China, which is integrated with Tencent's mobile messaging and social networks, Mobile QQ and Weixin/WeChat. Unfortunately, investors hoping that China will save King are in for a rude awakening.

The bad karma of cloning your way to success
In January, King CEO Riccardo Zacconi wrote an open letter claiming that the company "does not clone games."

Yet most of King's games are clearly "inspired" by older games. Candy Crush Saga and Farm Heroes Saga clearly copy Bejeweled. Bubble Witch Saga is a copy of Puzzle Bobble. King modifies these games with its own characters and settings, but its strategy of only launching games with time-tested gameplay is similar to Zynga's business model.

However, what goes around certainly comes around in the cutthroat market of mobile games. There are already plenty of similar "candy crushing" games available for iOS and Android. Games like Candy Frenzy, Candy Heroes Story, and Candy Smash are all clones of Candy Crush. There are also countless Chinese language candy crushing clones available for Android and iOS in China as well. 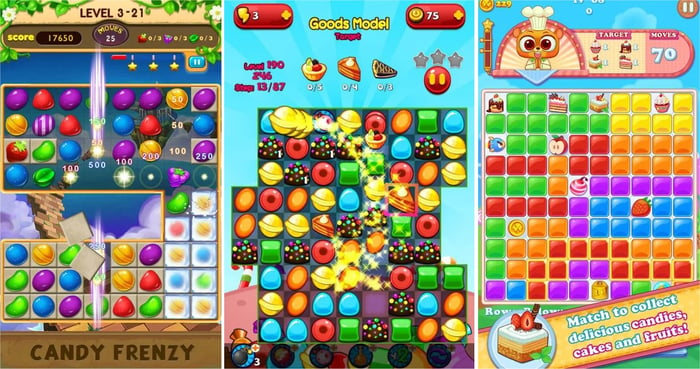 Why China won't matter
In Asia, mobile chat services like WeChat and LINE form the backbone of gaming networks. Mobile games synchronize with chat logins, then piggyback on the back of a user's contacts to convince friends to play the game -- similar to the early days of Facebook and Zynga.

King hopes that Tencent's networks in China can help Candy Crush Saga gain fresh daily and monthly users. On the surface, the math adds up -- WeChat is China's largest mobile app by users, with 438.2 million monthly active users between April and June -- more than the population of the United States.

But the mobile gaming market moves fast -- anyone who wanted to crush candy in China has probably already done so through the English version or a Chinese clone. Of Tencent's top 10 mobile games of 2013, only one -- Enjoy Removing Everyday at number five -- was a "match three" puzzle game like Candy Crush Saga. The rest of the list was dominated by infinite runners, racing games, and card games. To make matters worse, Tencent also likes to promote its own first-party games over third-party titles. 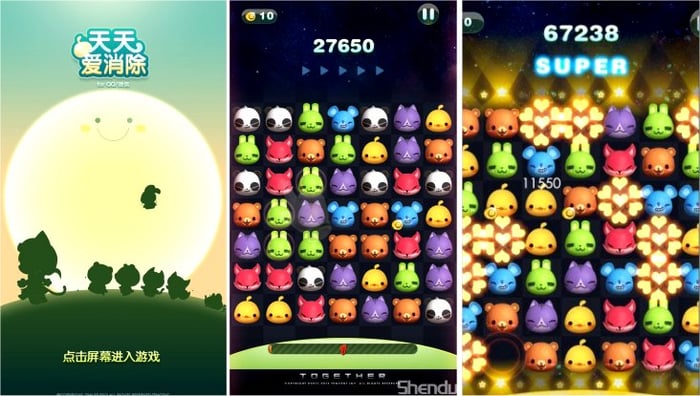 The non-localized version of Candy Crush Saga hasn't done well in China, either. According to Ellers Research, Candy Crush Saga was one of the top 50 highest-grossing iOS games in China at the end of 2013. But by the second quarter of this year, it had dropped to 80th place. The Android and iOS markets in China are dominated by Supercell's Clash of Clans and Boom Beach, which are both top 10 grossing apps in China.

When we put those facts together, King shouldn't expect a company-saving boost from China at all. Tencent users are clearly getting tired of "match three" games, and interest in Candy Crush on other mobile devices is plunging.

The Foolish takeaway
King knows that it needs to diversify its games. That's why it acquired Singapore-based game developer Nonstop Games for $32 million in cash and up to $68 million dependent on future performance. King is also practically begging shareholders to stay with a $150 million special dividend. Unfortunately, that's just not enough to offset the slow death of Candy Crush Saga.

In conclusion, King Digital Entertainment is a cautionary tale of a one-trick pony going public right after its user growth peaks (as I warned in a previous article). That's why Supercell and Mojang, the creator of Minecraft, aren't eager to go public despite soaring revenue growth. They know that their game portfolios aren't diversified enough to survive investor scrutiny, and that hundreds of millions in annual revenue don't mean anything to Wall Street once growth fades.

King should have considered those problems more carefully before going public. Now, in addition to being one of the worst IPOs of 2014, the company is on track to become the next Zynga, which was also doomed by its early success.