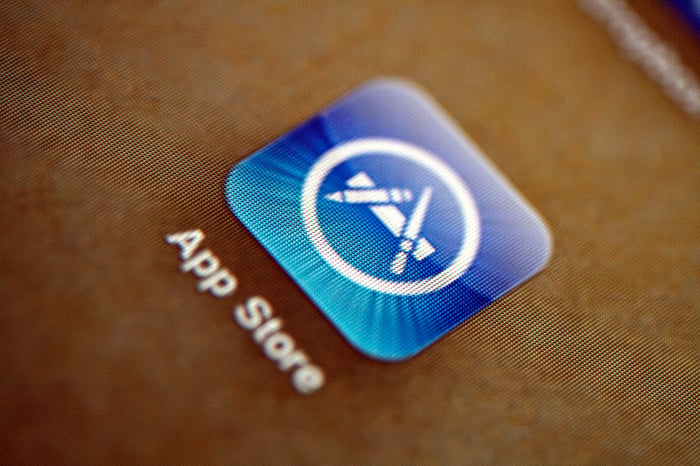 Over the past year, Facebook (NASDAQ:FB) probably made more money selling apps than Google (NASDAQ:GOOGL) (NASDAQ:GOOG) did. The social network's app-install ads have brought in an estimated $2.76 billion in revenue over the past four quarters. Meanwhile, Google says it paid developers about $5 billion over the past 12 months, keeping approximately $2.14 billion for itself.

App-install ad spend in the U.S. is expected to grow to $4.3 billion this year, and could top $11 billion by 2017. Twitter sees the opportunity and jumped in with a similar product to Facebook's. Google and Apple (NASDAQ:AAPL), the two companies that own the biggest app stores, could take a share of that market by advertising apps within the app store.

Discovering new apps is a lot harder than it used to be
Gone are the days when an app developer could be successful just by uploading an app to the app store and waiting for people to download it. With over 1 million apps available in both the App Store and Google Play Store, new apps may never see the light of day without promotion.

Peter Hamilton, CEO of analytics company HasOffers, points out, "Most consumers don't thoroughly research apps -- so they are unlikely to discover an app if it doesn't rank in the top 10-20 in an app store." 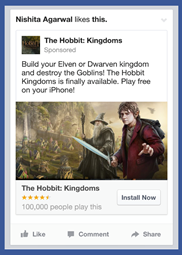 This is one reason Facebook's ads have been so successful. They address a big problem for developers, and developers are willing to spend big to solve it. Some mobile game publishers and online retailers are spending upwards of $3 per app install. One company reportedly paid an average of $13.37 per install for an e-commerce app.

What's more, most of the apps that developers are advertising through Facebook are free to download. They're willing to spend so much to give away the app because getting consumers to download an app locks them into their product (at least for a period of time). Apps, not browsers, are the means consumers use to navigate the mobile Web.

As mentioned, an app that isn't in the top 10-20 in the app store charts probably isn't going to get discovered. What if Apple and Google promoted apps to the top of the charts? They could charge developers a ton of money for placement ahead of the organic results or in the No. 4 position -- the last position before users need to scroll to see more.

Search advertising isn't anything new, either. Google practically invented it. If a consumer is doing a normal Web search for a video game, Google is going to serve that user an ad ahead of the results. Search in the app stores operate similarly, but there are no ads. A developer with a new calculator app would pay excellent money for placement at the top of app store searches for "calculator."

I expect that developers would pay a premium over Facebook and Twitter for advertisements within the app stores. This could allow Google and Apple to take significant share of the growing app-install ad market despite much less time spent in app stores than on Facebook.

Why wouldn't they do it?
There are a couple of reasons Apple and Google may not want to offer ads within their app stores. Perhaps they feel it cheapens their brands. Android is an open ecosystem, and alternative app stores could start to gain popularity if people really dislike ads in Google Play.

We're only talking a few billion dollars in ad revenue, which for Apple and Google is minuscule. Apple could top $200 billion in revenue next year, and Google is expected to reach $79 billion next year. App store revenue growth is already strong for both companies; there's no need for either company to try to squeeze more out of those products.

On the other hand, Apple already promotes apps in its commercials and on the front page of its app store -- seemingly for free. Why not make some money from it? If Apple and Google could grow to take a combined 50% of the app-install ad market over the next five years, it would match their current app store revenues.