Earlier this summer, with the World Cup in full swing, people everywhere had good cause to turn their attention to Brazil. But while soccer hooligans—er, fans—went wild over yellow cards and penalty kicks, our analyst team at The Motley Fool was focused an entirely different kind of game: the hunt for high-caliber international investments.

Luckily for us, the search didn't draw our eyes too far away from the field of play. With a footprint that extends to over 45 airlines in more than 30 companies—but a history rooted firmly in Brazil—jet manufacturer Embraer (NYSE:ERJ) is both a global player and a hometown hero. And given its shrewd focus on some of the more promising nooks and crannies of the broader, oft-maligned aviation market, it's also safe to call Embraer an attractive prospect for any investor looking to park their bucks abroad.

When we reached out to Frederico Curado, President and CEO of Embraer, a little over a month ago, he was (understandably) loath to talk about his country's most recent performance on the soccer field. Thankfully, he was willing to talk about the performance of his company--where it is today, where it's going tomorrow, and why anyone looking to make an investment in aviation should put Embraer on their radar right now.

What follows is an exclusive interview with Frederico Curado, President and CEO of Embraer. This interview was previously published on July 15, 2014, for the members of Motley Fool Supernova, a real-money portfolio service comprised of best-in-class growth investing recommendations, research, and insight. Supernova is currently accepting new applications for membership—to learn more, simply click here. 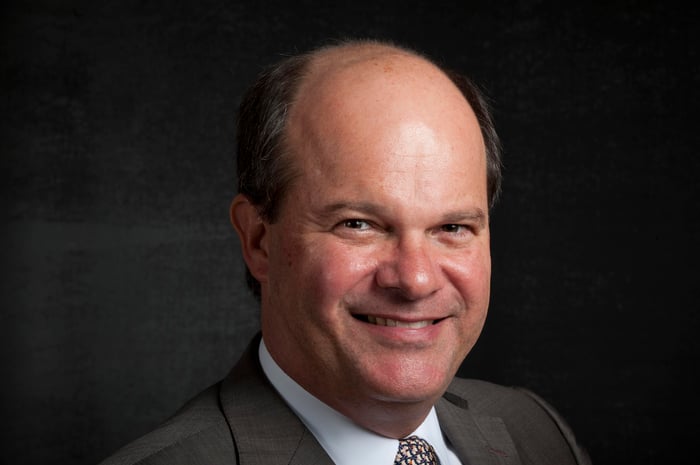 Lyons George: Embraer is a distinctly international business. Can you discuss some of the challenges and advantages of operating at a global scale?

Frederico Curado: Our vision has always been to evolve from a Brazilian exporter to a global business headquartered in Brazil. Of course, there are challenges — competitive, cultural and logistical -- but we feel we have made good progress over the last several years. We have established manufacturing, customer support, engineering and R&D operations abroad (USA, Europe, and China); have gained access to great talent; and have brought our organizations closer to our customers around the world (exports represent some 85% of our revenue). All of this has strengthened our position as a global player.

LG : Geographically, are there any markets right now where you're seeing particular promise?

FC: The U.S. is the single most important market for both commercial and executive jets, but there is activity all around the world. Emerging markets, in particular China and Latin America, have important growth rates — and Europe remains an important region, even during the difficult last few years.

LG : Your business breaks down into three segments: commercial aviation, defense and security, and executive aviation. From a management standpoint, how has the thinking around those revenue streams shifted in the last few years?

FC: Back in the year 2000, almost 90% of the company's revenue came from the airline market, which is known to be cyclical and extremely cash-intensive. On the other hand, one of Embraer's strengths is the ability to accurately identify market opportunities and develop superior products to fulfill the relevant requirements. With that in mind, we decided to invest in executive jets and to pursue the expansion of our defense business and thus have a larger and more stable portfolio of products and revenues, mitigating the effects of the cyclicality of our main business. For 2014, we expect our revenue per segment to be about 55% coming from commercial aviation, 25% from executive jets, and 20% from defense. 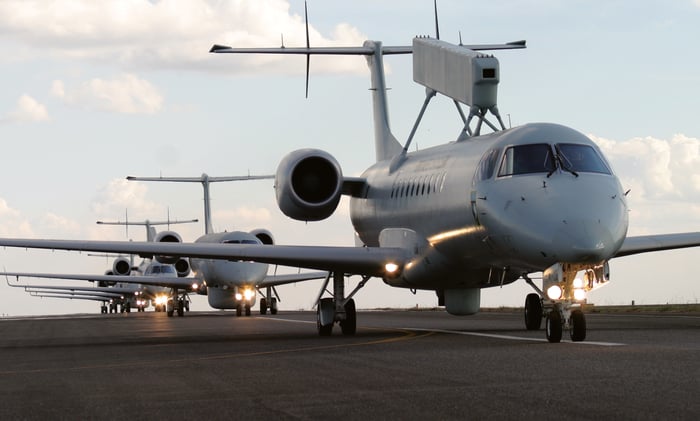 "Over the past decade, the company's revenue mix has made room for bigger contributions from products such as defense aircraft (above) and executive jets."

LG: Which segment do you expect to drive the most growth over the next five to 10 years?

FC: We see all three segments as important growth drivers. As we look back, one of last year's great challenges was the successful launch of the E-Jets E2 commercial jets, the second generation of the Embraer 170/190 family, which will enter service in 2018. Estimated investments [in the E2 line launch] will total $1.7 billion over the next eight years, and our goal is to maintain the leadership in the 70-130 seat segment. As for business aviation, the market has not yet recovered from the 2008 crisis, but Embraer has managed to grow by gaining market share, introducing new products and striving for excellence in post-sales support. We also have two brand new aircraft, the Legacy 500 and Legacy 450, which will start delivering this year and in 2015, respectively, and they will help the company gain further market share.

In the area of defense and security, some of the major recent achievements include the sale of 20 Super Tucano for the U.S. Air Force, the contract for integration and launch of the Brazilian Geostationary Satellite Defense and Strategic Communications, as well as the contract signed with the Brazilian Air Force for 28 KC-390 aircraft, valued at approximately $3 billion with deliveries over the next several years.

LG: Airlines are notoriously low-margin outfits — and they also happen to be some of your biggest customers. Aside from the price tag on the planes, how does Embraer differentiate itself to prospective new business?

FC: We stay very close to our customers and aggressively try to meet their needs. This goes from new aircraft inception (we do take significant customer input into our pre-design phase), development, certification, production and, very importantly, after-sales support throughout the life of the airplane. 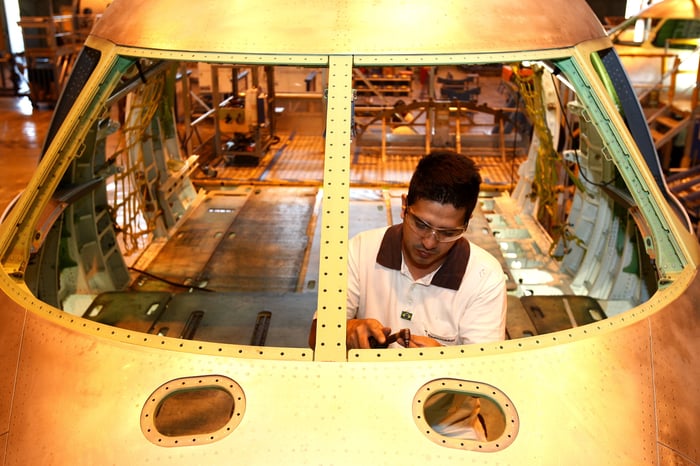 To stand out in a crowded market, Embraer incorporates customer input into new products. From design to production, the clients' needs are crucial to the birth of each plane.

LG: To the extent that it's possible, how do you manage the cyclicality of your business? Are there any relevant cycles that you think are currently poised for an upswing?

FC: Besides the diversification discussed above, we try to continuously conduct correct analysis and forecasts, as well as continuously invest in the improvement of our products (thus allowing us to gain market share even in a down cycle). But I must also emphasize the significant improvement that the airline industry, particularly in the U.S., has achieved since the 2001 crisis in preventing the negative effects of cyclicality, through fleet planning and capacity management discipline.

LG: From a design and performance standpoint, what does the future of aviation — commercial, private, and otherwise — look like? Will the next 20 to 30 years bring massive technological leaps — like, say, all-electric commercial jets — or simply incremental improvements to what's currently in the market?

FC: The airline industry does not get the recognition it deserves for continuously striving for efficiency. The fuel burn per seat of today's commercial jets, for example, is equivalent to 25% (i.e., 75% less) of that of former models. Ticket prices today are just a fraction of what they were just some 25 years ago, and even more so if inflation is computed. Technology has been evolving through a combination of continuous improvement and step changes (turbofan engine, GPS navigation, composites — to name a few) and it shall continue like that. Maybe it doesn't feel like it in economy class, but aviation has come a long way in the recent past thanks to Embraer and its peers.

LG: Compared to the competition, Embraer is a relatively small company. Can you talk a bit about being the little fish — are there any ways that works to your advantage?

FC: Although size does matter, it must not be an objective in itself. Embraer has been effective in leading the market segments in which it operates, some larger than others, and it is in the group of top performers of the industry, as far as operating results and return on capital. The company has been undertaking significant investments to strengthen its position in the long term while preserving its financial discipline. We seek quality growth, not growth at any cost.

FC: I will cite our values: The leading core values are "Our people are what make us fly" and "We are here to serve our customers." The other four values are "We strive for company excellence," "Boldness and innovation are our hallmarks," "Global presence is our frontier," and "We build a sustainable future." These pretty much describe our culture, the way we are and the way we conduct our business.

FC: We see Embraer as a solid and yet bold, diversified company with a strong technological and industrial base, with an important footprint in three different businesses and a global customer base. Not to mention, we are a company with a strong balance sheet and a proven track record of achieving its planned results.

LG: Last but not least: Who's going to win the World Cup?