QR Energy LP (NYSE: QRE) is the epitome of a high yield stock. At the time of writing its yield is a very compelling 9.5%. However, as attractive as that yield is, there's one very important thing investors need to know about QR Energy before adding it to their portfolios. It will soon cease to exist as a public company as it's in the process of merging with BreitBurn Energy Partners L.P. (NASDAQ: BBEP). So, should investors even consider buying this high yielding stock? Probably not, here's why.

Dividend investing's biggest risk: Uncertainty
More often than not investors should stay away from a company that is being acquired. There's typically too much risk and not enough upside. In this case the biggest risk for potential QR Energy investors is that the merger with BreitBurn Energy Partners could fall apart. If that happened it would have two very direct impacts on QR Energy investors.

The first impact of the merger falling apart would be the deterioration of the merger premium. BreitBurn Energy Partners offered a 19% premium to acquire all of QR Energy's units, which sent those units sharply higher in July as the following chart shows. 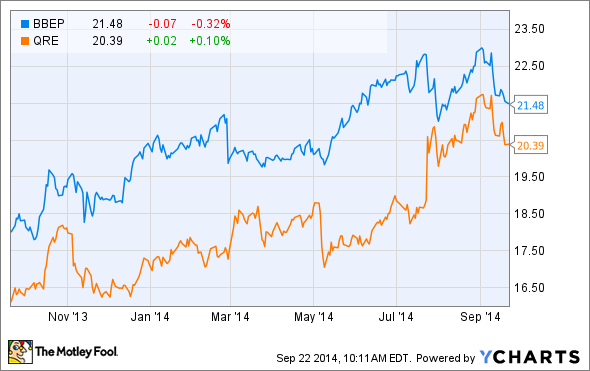 Not only that, but because this was a unit-for-unit merger, QR Energy's units now rise and fall along with units of BreitBurn Energy. So, should the merger crumble there's a lot of downside potential for investors considering QR Energy today.

A better high yield stock
If the merger is completed QR Energy investors will become part of a larger BreitBurn Energy Partners. It's already one of the largest upstream master limited partnerships in the sector and has a very high yield of its own at 9.4% currently. Further, while adding QR Energy to its portfolio will extend its reach, BreitBurn Energy Partners is already much more diversified geographically, as the following slide shows. 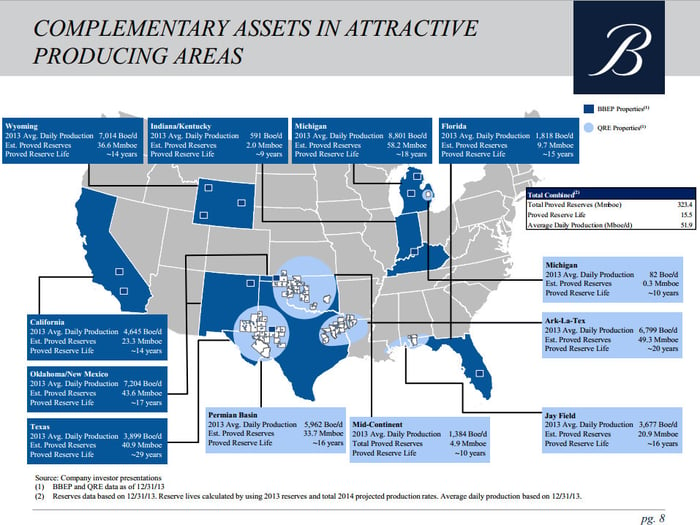