Microsoft (NASDAQ:MSFT) recently announced that the Xbox One's closely watched launch in China will be pushed back from Sept. 23 to Sept. 29. Earlier reports had suggested that Microsoft could delay the launch until the end of the year.

This is a clumsy setback for Microsoft, which has sold roughly 5.2 million Xbox Ones across the world, according to Vgchartz. That puts it in third place in the eighth-generation console race, trailing behind Sony's (NYSE:SNE) PlayStation 4 and Nintendo's (NASDAQOTH: NTDOY) Wii U, which have respectively sold 10.3 million and 7.2 million units.

Microsoft has high hopes for the Xbox One, which will be the first new console in China since the country lifted its 14-year ban on video game consoles last year. The rarely enforced ban was intended to prevent video game addiction, but gave birth to the country's PC and mobile gaming industries.

Last September, Microsoft entered a joint venture with set-top box maker BesTV New Media to manufacture consoles in Shanghai's Free Trade Zone. In July, Microsoft signed deals with China Telecom (NYSE:CHA), the third largest carrier in the country, and JD.com (NASDAQ:JD), the country's second largest e-commerce platform, to jointly launch the Xbox One. Last month, Microsoft set the launch price of the Xbox One at 3,699 RMB ($600) -- a price significantly higher than the $399 North American version, but loaded with extras like Powerstar Golf, Neverwinter Online, and free access to Xbox Live Gold through March 2015.

Microsoft is currently facing an antitrust probe by the Chinese government, which claims that the company's use of antipiracy verification codes and distribution methods of Internet Explorer and Windows Media Player are monopolistic strategies. The bad PR from this probe could have forced Microsoft to delay the Xbox One's launch.

Meanwhile, other foreign companies, like Starbucks and Daimler's Mercedes-Benz, have been hit with accusations of price gouging. These companies usually argue that Chinese taxes and tariffs drive up the prices, while the Chinese government and state-controlled media claim that foreign companies intentionally overcharge Chinese customers.

The Xbox One has been hit with similar criticisms. Many Chinese consumers have noted that the Hong Kong version, which includes EA's (NASDAQ: EA) FIFA 15 but lacks the Kinect, only costs $436, while the "Day One" bundle, which includes the Kinect, FIFA 15, and Dance Central Spotlight, only costs $539. Microsoft attributes the price difference to tariffs, but it's also possible that it is reconsidering its launch price in China.

The Xbox One bundle. Source: Microsoft

Last but not least, the Xbox One bombed in Japan, the first Asian country to receive the console. The Xbox One barely sold over 25,000 units within its first four days in Japan. By comparison, the Xbox 360 sold 62,000 units within its first two days in Japan, and was still considered a major failure. Therefore, Microsoft could be waiting on first week sales figures from other markets, like Taiwan, Singapore, and Hong Kong -- which all get the Xbox One on Sept. 23 -- to alter its launch strategy in China.

Twenty-eight percent of the country's gamers play games for more than an hour per day, nearly 10% have spent money on in-game transactions, and 147 million of these gamers are "core gamers," meaning that they would rather play Call of Duty than Candy Crush Saga. Revenue from the entire gaming industry rose 33% year over year in 2013 to $13 billion in revenue last year, according to the China Games Industry Annual Conference. Within that industry, the grey market for imported consoles only generated $15 million in sales, while PC games raked in $8.7 billion.

Microsoft is notably reaching out to that PC gaming crowd with new console MMOs like Neverwinter Online, from Chinese publisher Perfect World (NASDAQ:PWRD). Perfect World also plans to launch two other games, Celestial Sword and Project X, for the Xbox One. This could help Microsoft secure more exclusive Xbox One titles from Chinese publishers for the console -- something that it notably failed to accomplish in Japan with its lackluster launch titles. 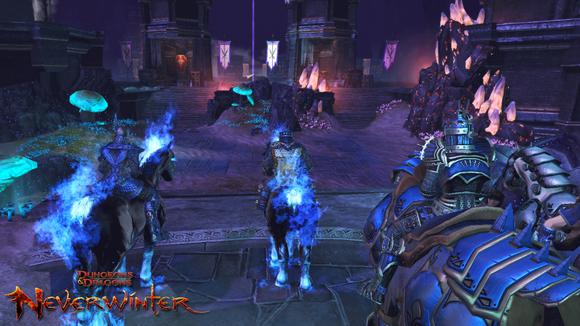 A Foolish final thought
Regardless of the real reasons for the delay, investors should hope that Microsoft doesn't push the launch back again next week.

Microsoft desperately needs to launch a preemptive strike on Sony in China as soon as possible -- a recent poll on NetEase revealed that out of over 6,600 respondents, 57% of Chinese gamers wanted the PS4, while only 11% were interested in the Xbox One. Therefore, every day lost could equal more gamers who become interested in the PS4 and buy it instead when it reaches China.

Why Did Microsoft Delay Its Xbox One Launch in China? @themotleyfool #stocks $MSFT $JD $PWRD $SNE $CHA Next Article
Current