The controversial billionaire and hedge fund guru George Soros is a closely watched figure in the investing world because of his remarkable ability to beat the market year after year. During his tenure as the head of the Quantum Fund, for instance, he was able to consistently generate annual returns in excess of 30%. The S&P 500, by contrast, has averaged only 10.27% in annual gains over the past 25 years. In short, Soros has one of the best minds in the game when it comes to investing.

How does he do it?
Soros' philosophy toward asset management revolves around the scientific method. Put simply, he formulates a hypothesis that is then tested against the actual market. If an investing thesis turns out to be correct, he puts more money behind it to amplify his gains. By the same token, he cuts his losses if the original reason for investing turns out to be incorrect--or if the market conditions change.

A quick example will help to clarify this point. The Soros Fund Management had been heavily buying Teva Pharmaceutical Industries (NYSE:TEVA) all the way through the first-quarter of 2014, making it the fund's largest position at one point. A look at the historical chart below of Teva's performance through the first-quarter of this year shows that this decision to continue buying was a good move. 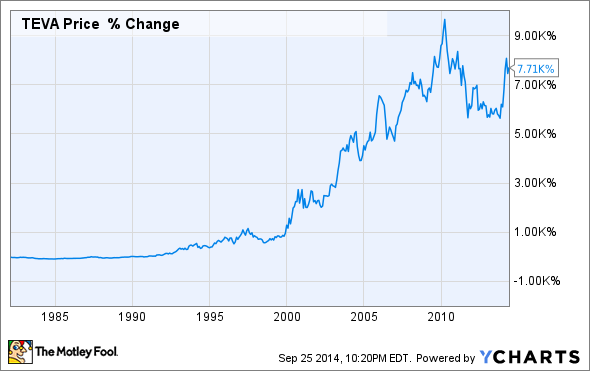 When biopharmas ran into serious headwinds in the second-quarter, however, his fund substantially reduced its position in Teva. And again, the chart below of the stock's performance since the end of the first-quarter shows this was also a good move. 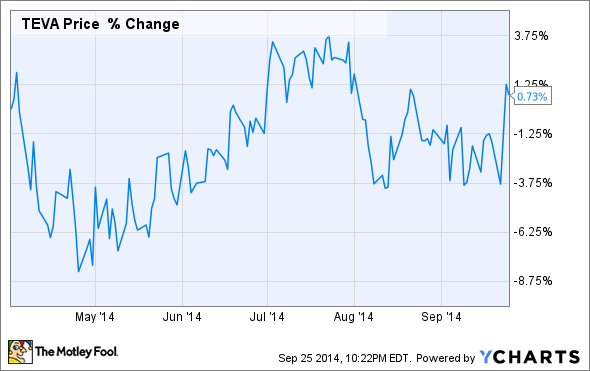 Put simply, his fund has an uncanny ability to time the markets and make oodles of money, at least most of the time.

Trying to time the market can result in huge mistakes
Despite his long-term success as an investor, he is human and makes mistakes -- mistakes it's even easier for an individual investor to make without the legions of analysts available to hedge funds. A look at his fund's moves in the second-quarter, for example, shows that the fund dumped its entire position in Gilead Sciences (NASDAQ:GILD).

Why was this a terrible move? Since the second-quarter, Gilead shares have risen a whopping 45%, shown by the chart below. 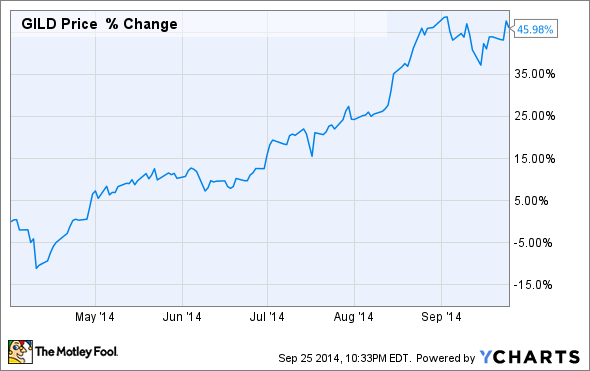 So why did the Soros Fund exit such a profitable stock? My take is that the fund viewed Gilead's weakness following record-breaking sales of its hepatitis C drug Sovaldi as a sign that the stock wasn't going to live up to the hype. Indeed, many investors were confused by the lack of a move upwards after an amazing first-quarter for Gilead.

With the benefit of hindsight, we now know that the market appeared to be doubting Sovaldi's ability to continue posting monster sales quarter after quarter. And it wasn't until after Sovaldi's second-quarter sales were announced that the stock really began to take off (see chart above).

What's the lesson to be learned?
Gilead's stock performance has crushed even the best performing hedge and mutual funds this year. Investors that looked at Gilead's short-term weakness in the first half of this year, and lost faith as a result, missed out on this impressive gain.

At The Motley Fool, we advocate taking the long-view for exactly this reason. Investing in companies that have game-changing new products requires patience. Mr. Market doesn't always "get it" right off the bat, whereas consumers of the product do. As a result, there can be a mismatch between the performance of the company's stock and its underlying business. And time tends to be the best solution for this problem.

Foolish wrap-up
The financial media has recently made a big deal out of Soros' bearish bet against the broader market, leading many to believe that a major correction, on the order of perhaps 10% to 20%, is imminent. Nonetheless I think his fund's huge mistake with Gilead this year clearly shows that he doesn't have a crystal ball sitting in his office.

So, it's probably a bad idea to read too much into his fund's moves in either direction. After all, the market naturally waxes and wanes, and most large funds employ complex hedging strategies that aren't easily understood by outsiders.

For those of us lacking Soros-like intuition and resources, I think the best strategy is therefore to buy quality companies and hold them for the long-term. Indeed, this simplistic approach to Gilead would have resulted in absolutely monstrous returns over the past few years.