Burger King's new management has benefited its investors and franchisees.

Burger King (BKW.DL) is one of the world's oldest and most successful fast food chains -- the home of the Whopper consistently comes in second or third in terms of total sales among burger joints. It's also an interesting franchise story: In contrast to its peers, virtually all of Burger King's nearly 14,000 restaurants are owned and operated by franchisees. 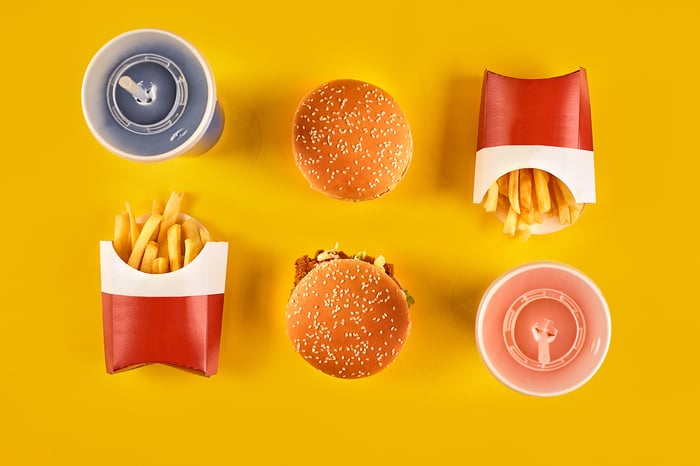 It wasn't always this way: Burger King's majority shareholder, 3G Capital, has -- after originally taking the company private in 2010 -- instituted an aggressive store sale, offloading Burger King restaurants to existing and would-be franchise owners. As of the end of last year, Burger King corporate owned just 52 restaurants -- down from nearly 1,000 at the end of 2010.

So far, the strategy has been fantastic for Burger King shareholders, and also, seemingly, its franchisees. Burger King shares are up nearly 90% since the company returned to the public market in the summer of 2012. Individual franchisees may vary, but shares of Carrols Restaurant Group, a relatively large, publicly traded Burger King franchisee, are up better than 22% over the same period of time.

Embracing the franchise model
Burger King's aggressive franchising initiative is a bit unusual: its chief competitor McDonald's, for example, embraces franchising, but still owns nearly 20% of its total restaurant base. In theory, having a large number of corporate-owned stores allows management to get a better sense of the business, and to implement new policies and promotions more rapidly.

Burger King freely admits this in its most recent annual filing, noting that its near total franchisee setup is a risk that leaves it open to the whims of its franchise owners. However, unloading corporate-owned stores has allowed Burger King to significantly improve its cash balance, which has more than tripled since the end of 2010.

At the same time, franchisees, which are -- practically by definition -- more entrepreneurial than corporate managers, are often better operators -- after all, it's their money at risk. For a 20-year franchise agreement, Burger King requires an upfront payment of $50,000 and admits that start-up costs can run well over $500,000. Would-be Burger King franchisees must have $500,000 of liquid assets and at least a $1.5 million net worth.

By being fully franchised, Burger King can deliver more consistent results to shareholders, shifting variable commodity costs to its franchisees. Those franchisees, in turn, tend to run their stores more efficiently -- historically, McDonald's franchise-owned establishments have been far more profitable than their corporate-owned counterparts.

A Canadian company
Burger King shares have been moving higher since summer of 2012, but much of that nearly 90% gain was prompted by a recent merger announcement: Burger King has agreed to buy Canadian coffee giant Tim Hortons (THI.DL).

The new company, which will be headquartered in Canada, will combine burgers and fries with donuts and coffee -- a seemingly unlikely combination. Yet, as one of the world's largest fast food chains, the combined Tim Hortons/Burger King will enjoy lower corporate tax rates and more diverse revenue streams. For its part, Tim Hortons has tried -- and failed -- to expand outside of Canada in recent years; under Burger King's stewardship, a global Tim Hortons brand could become a reality.

A turnaround story
But ultimately, the merger with Tim Hortons is just the latest step in what has been a multi-year turnaround. In addition to selling stores and raising cash, Burger King has been working hard to transform its image, rapidly rolling out a new, and much more diverse, menu.

The much heralded "Satisfries" (a low-calorie alternative to traditional french fries) proved to be a dud -- in August, Burger King announced that they'd be discontinued after less than one year. The flop, however, only serves to underscore Burger King's commitment to experimentation. The Big King sandwich, in contrast, has attracted far more attention -- and, according to management, was behind Burger King's recent same-store sales increase.

Once the distant, near-irrelevant rival to McDonald's, the new Burger King appears far more aggressive -- and far more well-run. Though shareholders have already enjoyed solid gains, the integration of Tim Hortons and a focused, global expansion should produce a better future.

The 5 Worst Fast Food Menu Items for Your Diet

Burger King vs. McDonald's: Which One Is Better?