Funeral costs can run high, but you don't have to pay too much.

Few people go through life without having to help plan or pay for the funeral of a loved one, so it's smart to have a sense of what a typical funeral costs. Armed with that information, you might think about whether you'll be able to afford it when the time comes. If you think you'll come up short, now would be a good time to start putting some money aside in an emergency fund that can be tapped for sudden and urgent needs.

Here's a breakdown of median funeral costs, nationwide, according to 2012 data from the National Funeral Directors Association (NFDA). Note that funeral costs will be significantly higher in some parts of the country and lower in others. Further, your costs can be much higher or lower depending on certain choices you make.

If the numbers above startle you, know that they omit certain expenses, such as cemetery, monument, or marker costs; crematory fees (if cremation is selected); flowers; and obituaries. Gravestones cost anywhere from a few hundred dollars to tens of thousands of dollars, with the average price ranging from $1,500 to $2,000. A plot in a cemetery will typically cost between a few hundred and a few thousand dollars, depending on where it is, and the cemetery will charge up to $1,000 or so to open and close the plot. 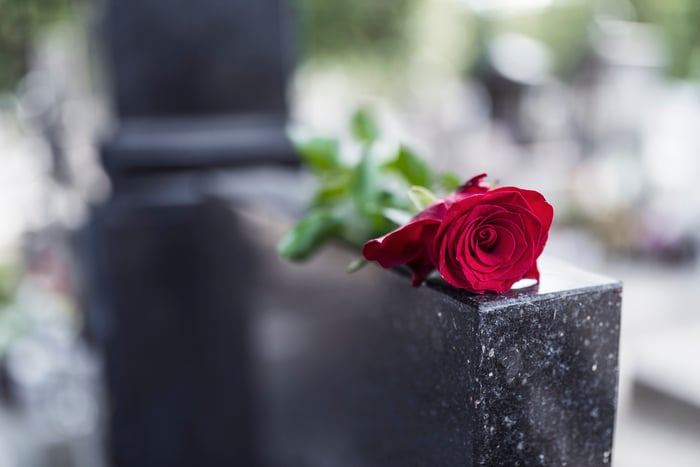 Thanks, FTC!
When it comes to funeral expenses, there used to be more confusion and overcharging before the Federal Trade Commission (FTC) instituted "the Funeral Rule," which went into effect in 1984. It enables you to get detailed price quotes, compare prices between funeral homes, and choose only those services or products you want. For example, you don't have to buy a casket from the funeral home you use (Costco sells caskets for as low as $950 and delivers, too), and you can even use an "alternative" container made of unfinished wood or cardboard. Meanwhile, embalming is often not required.

Often, bereaved people have not thought much about funeral plans for a loved one until they're sitting across from a funeral director. In such situations, many opt for lavish plans to honor the dead. However, had they discussed the issue ahead of time, they might have learned that their loved one would have preferred a simple casket or an inexpensive cremation. Save yourself some stress -- and possibly some money -- by discussing funeral preferences (including your own!) with family members.