Please ensure Javascript is enabled for purposes of website accessibility
Log In Help Join The Motley Fool
Free Article Join Over 1 Million Premium Members And Get More In-Depth Stock Guidance and Research
By Sean Williams - Dec 14, 2014 at 11:41AM

Could this illegal drug unlock the secret to fighting brain cancer? A recently released study by a group of London researchers would suggest so.

There's pretty much nothing scarier than being told you have cancer.

Although I've personally never been given this dreaded diagnosis, I was there by my mother's side when she was told in late 2009 she had a stage 3b adenocarcinoma growing in her left lung. Even with the understanding that some cancer types are more curable than others, the sheer fact that cancer rates are projected to be on the rise globally over the next two decades is reason enough for the disease as a whole to be a genuine concern.

Brain cancer: a truly difficult to treat disease
Of the many different types of cancer, one of the most difficult to treat is brain cancer. The brain is an extremely tricky organ and is the most complex in the human body, and it is generally well-protected from medicines crossing between the blood-brain barrier. Surgeries and even radiotherapy can sometimes be out of the question for patients that have brain cancer.

In 2014, according to the American Cancer Society's "Cancer Facts and Figures" report about 23,380 new cases of brain and nervous system cancer were expected to be diagnosed. Additionally, this type of cancer was estimated to lead to 14,320 deaths this year. That may not sound like a lot compared to lung cancer or breast cancer, but the figures demonstrate that few adults live extended periods of time following a brain cancer diagnosis. But, I'd be also remiss if I didn't point out that different types of brain cancer can lead to differing diagnoses in terms of overall survival.

Biopharmaceutical companies are trying, but mostly failing
This isn't to say drug developers aren't trying to hash out the next generation of treatments for patients suffering from brain cancer. Northwest Biotherapeutics (NWBO 0.69%), for example, is in the process of developing a cancer immunotherapy vaccine known as DCVax-L. Immunotherapies work with a patient's immune system to strengthen its ability to recognize foreign cells and hopefully destroy and/or remove them. In DCVax-L's case it's currently being tested in late-stage trials in the United States as a treatment for glioblastoma multiforme, the most aggressive form of brain cancer.

However, Germany granted NW Bio a special approval known as a hospital exemption earlier this year which, for a period of five years, allows NW Bio to treat all glioma patients with DCVax-L.

It's certainly a start, but the grim reality is brain cancer treatments have mostly disappointed in clinical studies. Yet, one recently released study suggests that looking toward this currently illegal drug could be the answer to making significant headway against aggressive forms of brain cancer.

Is this illegal drug the answer?
According to a research abstract released in May by Molecular Cancer Therapeutics, marijuana was suggested in select studies to be effective in combating aggressive gliomas.

For the study, researchers in London wanted to test the effects of cannabinoids THC and CBD -- cannabinoids are chemicals derived from the cannabis plant which are designed to exact biologic change in our bodies through the cannabinoid receptor system -- by themselves and in combination with radiotherapy. The results demonstrated a "duration and dose-dependent reduction in cell viability," which in plain English means that these cannabinoids helped improve the outcome of cell death when radiation was used.

In fact, the study notes that in instances where both THC and CBD were pretreated in tumors cells four hours prior to a radiotherapy session, there was an increased radiosensitivity in those cells, resulting in greater tumor cell death.

Furthermore, the study's data suggested that the combination of THC and radiotherapy was more effective in instances where THC was used directly from the cannabis plant as opposed to using pure, lab-grade THC.

The last major find demonstrated that marijuana-treated mice undergoing radiation had their tumors shrink to approximately one-tenth the size of the tumors of the control group.

Baby steps for marijuana
When it comes to possible medical benefits marijuana, supporters can use all the positive studies they can muster. 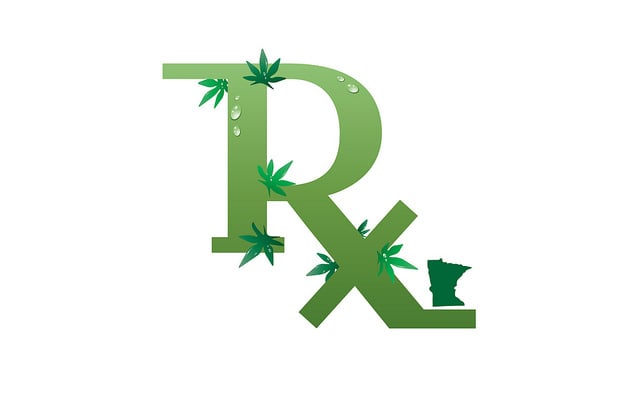 At the moment the federal government views marijuana as a schedule 1 drug, and as such it's deemed to possess no medical benefits. However, a number of studies have now delivered positive reports suggesting that medical marijuana could help patients with cancer pain, Alzheimer's, and now possibly aggressive brain cancer. Of course, for each positive report we've also seen our fair share of studies suggesting that long-term marijuana usage can be detrimental to our cognition and possibly our bodies.

In other words, it's going to take some time for marijuana to establish itself as a viable medical alternative, even with 23 states and Washington D.C. having approved the drug on a state level for medical purposes. Medical marijuana is going to struggle to really gain momentum until we have much more substantial long-term data on its safety to wrap our heads around.

For the time being, I remain hopeful that additional marijuana studies yield positive benefits for patients fighting diseases for which there's no cure. But, I also remain acutely realistic to the fact that the federal government is unlikely to change its tune anytime soon. Thus, I'm sticking to my ongoing assertion that marijuana stocks are potentially the most dangerous investment you can buy.

Is Northwest Biotheraputics a Buy Ahead of Its Brain Tumor Vaccine Clinical Data Release?

Did Northwest Biotherapeutics Just Check Off 1 Box Needed for Its Stock to Double?