The folks at Citadel have been shedding Home Depot shares. Should you? Source: Flickr user Mike Mozart.

Every quarter, many hedge funds and other money managers have to disclose what they've bought and sold via "13F" filings. Their latest moves can shine a bright light on smart stock moves. Here's a look at three big names in the investing realm and, for each, a review of a holding that has been eliminated or significantly reduced as of the last reported quarter.

Home improvement
Let's start with Citadel Advisors, founded and run by Kenneth Griffin. It's one of the biggest hedge fund companies around, with a reportable stock portfolio topping $79 billion in value as of Sept. 30, 2014. According to the folks at InsiderMonkey.com, Griffin and his team use "a combination of advanced computer code, complicated financial algorithms, and secrecy. Griffin was using quantitative, technology-based methods before many other firms had cell phones." In its last reported quarter, Citadel reduced its position in Home Depot Inc (NYSE:HD) by 71%.

Home Depot has been an outstanding performer for shareholders for quite a while, averaging annual gains of 19% over the past 25 years. Its story is familiar to many, and it's enjoying better times now that the economy and housing market are recovering. In its last quarter, revenue rose 5.4% year over year, while earnings per share surged 21%, in part because of share buybacks and successful cost-cutting measures. Profit margins have been growing, too, and free cash flow tops $6 billion annually. Bulls like its e-commerce and home delivery initiatives, too. One reason Citadel might have shrunk its position is that the stock no longer seems a great bargain, with current and forward-looking P/E ratios both in the low 20s -- still above the company's five-year average of 20.5.

Memory chips
Next up is Bridgewater Associates, one of the world's largest hedge fund companies. Bridgewater was founded by Ray Dalio, who focuses on macroeconomic factors as he makes his investment decisions -- factors such as inflation, currency exchange rates, and GDP growth. He's clearly well-regarded, as evidenced by the size of Bridgewater attests: Its reportable stock portfolio approached $13 billion at the end of last quarter. That quarter also saw the company pare back its position in Micron Technology (NASDAQ:MU) by 37%.

This is a somewhat puzzling move, given that the massive memory chip maker sports a P/E near 14 and a forward P/E below 10, along with a five-year projected annual growth rate of about 15%. It also offers rising revenue, earnings, free cash flow, and profit margins. How's its business? Well, it's the major memory chip supplier to the auto industry, and its savvy acquisition of Elpida has given it a major share of mobile DRAM chips, too. In its last quarter, its revenue surged 49% year over year, thanks in part to strong demand from PC makers and locked-in prices on big contracts. In addition, Micron recently announced a share buyback of up to $1 billion. Maybe Bridgewater found better places to put its Micron money, but Micron seems like a good place, too. 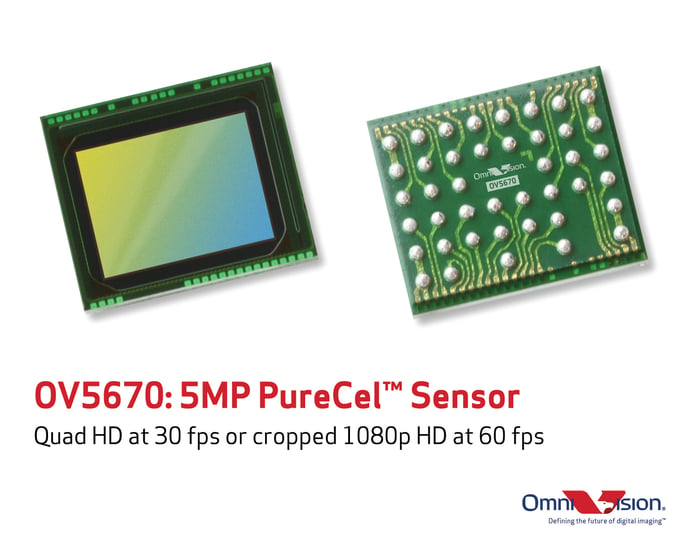 Image-sensing chips
Finally, consider respected investing company Royce & Associates, founded in 1972 by Chuck Royce, who's known as a small-cap guru. The company's flagship fund is its Pennsylvania Mutual (PENNX), which has averaged 16% annually over the past 40 years. That's darn impressive. Per the folks at GuruFocus.com, its Premier Fund (RYPRX) has grown by 901% over the past 20 years, vs. 483% for the S&P 500. Royce's approach is one of long-term value investing. In its last-reported quarter, Royce reduced its position in OmniVision Technologies (NASDAQ: OVTI) by 58%.

OmniVision Technologies, which specializes in image-sensing chips for mobile phones, cars, and other applications, has been a great performer for many shareholders. It has averaged annual gains of 17% over the past five years, nearly tripling its revenue in that period, while boosting its earnings and turning free-cash-flow positive. Its stock still looks appealing, too, with a P/E ratio of about 13. It might thus seem odd that Royce & Associates pared back its position -- until you learn that along with posting estimate-topping revenue and earnings in its last quarter, the company also offered weak guidance. The company is dealing with high inventory in China, among other things, and some have worried about its reliance on Apple, which is not known for being generous with its suppliers. Its long-term prospects remain promising, though, given its innovative nature and exposure to developing economies such as India, but its near-term outlook suggests caution.