Please ensure Javascript is enabled for purposes of website accessibility
Log In Help Join The Motley Fool
Free Article Join Over 1 Million Premium Members And Get More In-Depth Stock Guidance and Research
By Justin Loiseau - Dec 31, 2014 at 9:36AM

Will 2015 be better for SolarCity stock?

1. Gigafactory
In September 2014, SolarCity acquired solar manufacturer Silevo and promptly signed a deal with the State University of New York to lease a one million square foot manufacturing facility in Buffalo -- for $1 a year. This so-called "Gigafactory" is a page out of Chairman Elon Musk's book -- one that will make SolarCity's supply chain more vertical and save the company $750 million in taxes. But SolarCity still has skin in the game. Over the next decade, the corporation expects to spend $5 billion on manufacturing and installations in New York. This Gigafactory offers unprecedented opportunity for SolarCity, but the decisions it takes and progress it makes in 2015 could determine whether this solidifies SolarCity's status -- or crumbles it.

2. Net Metering Policies
SolarCity's success is about more than solar panel kits and sunlight. Net metering allows customers to sync their solar systems to the utility grid, buying only what they need and selling back any extra energy their system generates. It's a huge selling point for solar panel kits -- but it's also one of the most fiercely debated policies around.

Net metering policies are decided by states, and not all welcome it with open arms. A state's receptiveness often goes hand-in-hand with that of its largest utilities. In Illinois, Exelon Corporation's (NYSE: EXC) ComEd is working hard to educate its customers on net metering possibilities (see video below) and even offers innovative programs like real-time pricing to cut use during peak hours. That's a major shift from traditionally steady rates, but is ultimately more in line with how utilities spend money to generate electricity.

Currently, all but four states have net metering policies -- but not all policies are created equal. States can dictate low prices for power buybacks, place caps on the total electricity a utility is obligated to purchase, and shorten rollover periods to avoid credit buildups. The website Freeing the Grid grades different states on how they implement different net metering policies. North Dakota, Oklahoma, Wisconsin, and Georgia all employ net metering, but Freeing the Grid gives them a big fat "F". 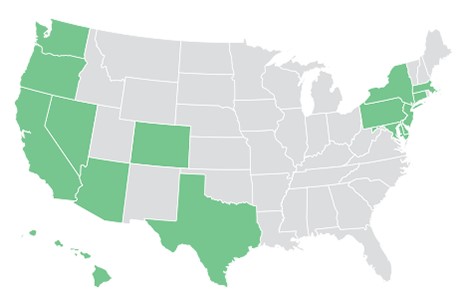 3. So Long, Incentives
Solar incentives aren't out yet, but 2015 puts the industry another step closer to walking on its own. One of the biggest incentives around is the federal investment tax credit, or ITC, which allows for a 30% tax credit for residential and commercial solar panel kits. It's been around since 2006 and is a sizable and standardized selling point for SolarCity Corporation. The ITC is set to dry up by the end of 2016, making 2015 an essential year for SolarCity installations. The Solar Energy Industries Association credits the ITC with our nation's 77% compound annual solar growth since 2006, and believes it's essential to keep solar soaring.

SolarCity needs to capitalize on the ITC for 2015, but it also realizes it's not going to be around forever. New state-specific tapering incentives like New York's $1 billion Megawatt Block are likely the policies of the future, and SolarCity will have to be more strategic than ever in how it sells its systems in different states. Financial product innovations like its lease-to-own model and zero-money-down installation are incentives of their own kind, and SolarCity will need to focus on other selling points if it hopes to keep installations increasing in the year ahead.

Justin Loiseau has no position in any stocks mentioned. The Motley Fool recommends Exelon and SolarCity. The Motley Fool owns shares of SolarCity. Try any of our Foolish newsletter services free for 30 days. We Fools may not all hold the same opinions, but we all believe that considering a diverse range of insights makes us better investors. The Motley Fool has a disclosure policy.