Although coal generated 39% of the electricity in the United States in 2013, it was also responsible for 28% of the nation's total carbon dioxide emissions from all sources. So in mid-2014, the U.S. Environmental Protection Agency proposed the Clean Power Plan, which outlines state-by-state goals that will allow the domestic power sector to reduce its carbon footprint 30% compared with 2005 levels by the year 2030. The rule was meant to clean up the power sector, but the fine print targets coal power plants nearly exclusively.

The good news is that the United States was one-third of the way there in 2013. The bad news is that a good amount of coal power plants will need to close their doors or adopt new emissions-averting technologies to meet the strict guidelines. If the coal industry wants to have a future, then the latter route is the only realistic option. Unfortunately, carbon capture and storage, or CCS, technology has proved more costly to develop and deploy than many originally envisioned. Coal producers Alpha Natural Resources (NYSE: ANR) and Peabody Energy Corporation (OTC:BTU) are discovering that the hard way through a controversial $1.65 billion project. As it turns out, the pair may have invested in the wrong technology.

Meet the FutureGen Alliance
The FutureGen Alliance is a non-profit organization that facilitates a government-industry partnership between the U.S. Department of Energy and global coal producers, users, and suppliers. The goal is to spread R&D risk by pooling resources to invest in novel technologies that will ensure a safe, affordable, and profitable future for the world's massive coal reserves that benefits public and private interests. In other words, technologies that reduce carbon dioxide emissions of coal power plants by at least 90%.

It's an ambitious goal, but necessary and attainable with the right CCS technology. At what cost and timescale solutions are deployed are still topics of fierce debate. The first project from the Alliance, named FutureGen 2.0 (because the original project was scrapped after years of delays), has been highly controversial. Some complain about the project's hefty price tag ($1.65 billion, with $1 billion coming from the DOE), the pricey electricity consumers will be forced to purchase from the facility (thanks to a favorable court decision in July), or just the fact that coal is being used at all.

Despite the controversy, construction on FutureGen 2.0 finally began in September. A 229 MW coal power plant in Meredosia, Illinois, is being retrofitted with carbon capture systems that will purify and liquefy 1.1 million metric tons of carbon dioxide annually before shipping it 30 miles away via pipeline for geological storage 4,000 feet underground. The coal power plant will be operational in 2017 and operate through 2037, according to current plans.

If America's first commercial carbon sequestration project is successful, then investors in suffering coal producers such as Alpha Natural Resources and Peabody Energy may become more optimistic about the industry's future. After all, avoiding up to 90% of a coal power plant's CO2 emissions would be a true game-changer. That would be a welcomed advance for investors considering the industry's recent performance. 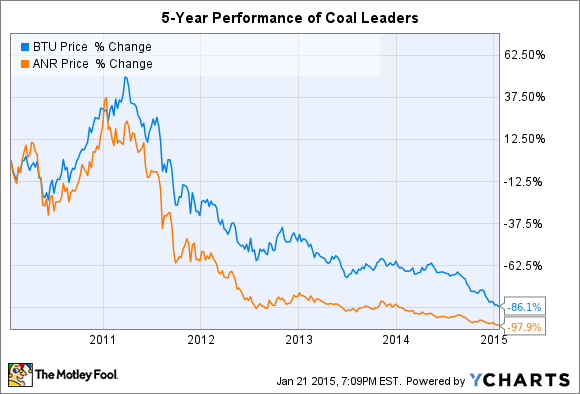 But even with successful operations, it's likely that the FutureGen Alliance invested in the wrong CCS technology.

Capture vs. storage
A simple breakdown of the costs highlights some red flags for any hopes at replicating FutureGen 2.0. The project will cost a total of $1.65 billion, but $1.2 billion (73%) will be spent on pipeline infrastructure and geological storage. Pipelines and storage facilities may be fixed costs, but they're prohibitively expensive and unfeasible for many geographies. (There are a handful of geological formations perfectly suited for large-scale carbon sequestration scattered across the globe, including one in northern Illinois, but major infrastructure investments will be required for widespread utilization.)

The remaining $450 million (27%) will be spent on carbon capture technology developed by Babcock & Wilcox and Air Liquide. That's still relatively expensive equipment for a 229 MW power plant, but, as with any emerging technology, the cost of carbon capture systems will probably fall over time. Designs will be improved and new catalysts will be invented, especially considering that governments and companies around the globe are fiercely competing to become leaders in the new industry. The technology used by Babcock & Wilcox is called oxy-combustion, which alters the air in a coal-fired boiler to make the CO2 easier to separate.

However you view the costs, it will take a very long time to achieve payback for a project that doesn't monetize captured CO2 because it was piped underground and forgotten about. What if the FutureGen Alliance could instead invest in technologies that converted it into a revenue stream?

A better carbon sequestration option
Consider how the economics of CCS deployment change if captured CO2 is monetized. Rather than spending hundreds of millions (or $1.2 billion) on pipelines to an underground storage site, money could be invested into equipment that converts CO2 into valuable chemicals. Many waste carbon manufacturing platforms are being developed and commercialized as you read these words -- platforms capable of turning CO2 into sugars, fuels, flavors, commodity chemicals, and more.

It's still carbon sequestration, but rather than being stored underground, CO2 would be stored in useful things such as transportation fuels, car tires, and ice cream flavoring.

For instance, start-up Liquid Light is developing a technology that can convert industrial CO2 into over 60 chemicals, with ethylene glycol being the first commercial target. The economics of production change drastically when producing the chemical from waste CO2 instead of petroleum, its typical feedstock. Consider two scenarios for producing 1 metric ton of ethylene glycol, which sells for $700 to $1,400 depending on geography.

It may sound ridiculous at first, but coal power plants of the future may need to diversify into chemical manufacturing to reduce their carbon footprint. If the FutureGen Alliance truly wants to save the future of coal, then it would be wise to consider a broader range of carbon sequestration options.

What does it mean for investors?
The good news is that we'll learn a good deal about the potential of carbon capture technology (the first step of CCS) through FutureGen 2.0, despite the project's high overall cost. But if avoiding CO2 emissions from industrial operations is the goal of CCS, then we should be a little more open-minded about the available carbon sequestration options. While CCS is still in its infancy -- meaning costs will come down as the technology improves -- much of the costs of current strategies are unavoidable. In other words, we're doing it wrong.