That's the upshot of a 2015 report from the U.S. Naval Institute, which says the third Zumwalt-class Navy destroyer could have one of its two 155 mm Advanced Gun Systems switched out and replaced with an experimental electromagnetic railgun. Quoting Naval Sea Systems Commander Vice Adm. William Hilarides, referring to real-world tests of the prototype announced in the summer of 2014, USNI noted that "real engineering studies are being done to make sure it's possible." 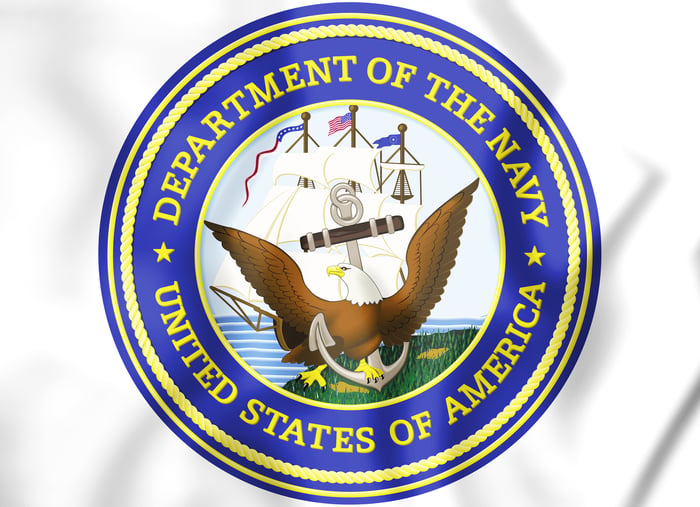 Hilarides further confirmed that he will "certainly" recommend installing one of the new weapons on a Zumwalt. "Probably the third ship is where we'd have it," said the Admiral.

What's a railgun -- and why a railgun?

But let's take this from the beginning. The U.S. Navy has a problem: Budgetary sequestering continues to threaten its funding, limiting its ability to buy ships, to build big ships, and to stash expensive weapons systems upon them. The Navy's new electromagnetic railgun, though, has the potential to solve all three of these problems.

In essence, a railgun is a high-tech cannon, but powered by electricity rather than gunpowder. Using an electromagnetic energy known as the "Lorentz force," it fires projectiles at speeds upward of Mach 7 -- 5,000 mph -- and can hit targets as far away as 100 miles. The projectiles are nonexplosive (they derive their destructive power from the kinetic energy of their speed). As such, they can't be "blown up" by hostile fire striking a warship's ammunition magazine. Each projectile is only 18 inches long -- so they take up less space than, say, a cruise missile with similar destructive potential.

And each projectile costs only $25,000. That is significantly less than the cost of a Tomahawk cruise missile.

Thus, in arming a Zumwalt-class destroyer with a railgun, the Navy can simultaneously:

This, in a nutshell, is why the Navy is so excited about railguns -- and why it's rushing to get one aboard the Zumwalt-class destroyer USS Lyndon B. Johnson (DDG-1002) by 2018.

Here at The Motley Fool, we're as interested as anyone in learning about new developments in military technology. But we're really looking for how these developments might affect investors' portfolios. With that in mind, I see two key takeaways from the Navy's transition toward railguns. These concern the guns themselves, along with the warships that will carry them.

Railguns are the future: If railguns turn out to be as cost-effective -- and just plain effective -- as they're billed to be, then manufacturers of more traditional weapons systems such as ordinary cannons, rockets, and cruise missiles will have to transition to building them. Otherwise, they could be in for a rough ride.

Right now, the leaders in this field are privately held General Atomics (which built one of the Navy's two railgun prototypes) and the United Kingdom's BAE Systems (which built the other). One company that is already pivoting to capitalize on the Navy's potential new railgun-centric future is Raytheon (NYSE:RTN), which recently won an expansion of a contract to develop "integrated power systems power load modules" to operate the railguns.

Expect more companies to jump on this bandwagon as the Navy's railgun rollout progresses.

The other key factor to keep in mind is that not all warships can operate railguns. As the Raytheon contract suggests, "power" is key to operating these weapons. As you might imagine, it takes a lot of electricity to accelerate an 18-inch chunk of metal to Mach 7. So far, we know of only two ships capable of generating that amount of juice:

Powered by two 36-megawatt MT-30 gas turbines and two smaller 3.8-megawatt RR450s (both built by Rolls-Royce (OTC:RYCEY)), each of the Navy's new Zumwalt-class destroyers is designed to produce nearly 80 megawatts of power. Crucially, the ships are also designed to permit routing that power through the ship's electrical grid to wherever needed -- to power the propellers to make the ship go, or to power the weapons to make the railguns go boom.

So if you want to invest on the other side of the equation -- in the companies that make the ships, and the engines that carry the railguns -- those are probably your four best names to begin with.