What: A day after surging 12%, units of Legacy Reserves LP (NASDAQ:LGCY) have given back much of that gain by falling nearly 9% as of 1:35 p.m. EST Tuesday. This is largely due to the reversal of what fueled yesterday's rally: namely, the price of oil, which was down about 4% after analysts suggested the recent rally might not last thanks to the continued oversupply of the commodity. Still, Legacy's recent rally has taken units up about 50% from its bottom of a month ago. 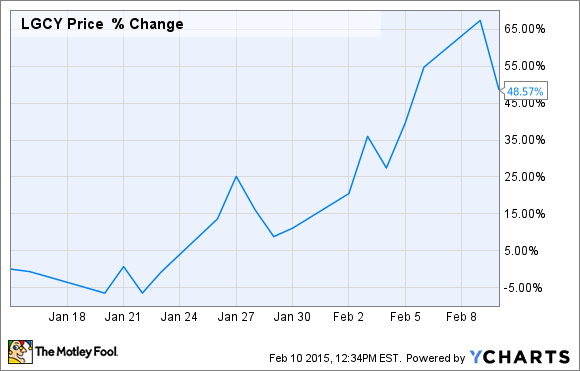 So what: This stock's volatility around the price of oil is to be expected, as Legacy Reserves has significant leverage to oil. Not only does more than half of its production come from the black liquid, but the company has taken on a decent chunk of debt to buy oil assets over the years, and that leverage cuts both ways. That said, much of its cash flow is hedged this year, so only a meaningful long-term movement in the price of oil really matters.

However, the oil market is not the only thing driving the company's units today. Barclays initiated coverage on Legacy with an equal-weight rating and a price target of $9 per unit. In a sense, that is a downgrade, as units were trading over $14 before today's sell-off.

Now what: All that said, today's move is largely meaningless. The stock is just selling off because the price of oil is falling and an analyst isn't bullish on its prospects at the moment. While the price of oil is meaningful in the long term, the short-term volatility is not -- much of the company's production is hedged, so its overall cash flow isn't moving nearly as much as its unit price is these days.