The innovative patent-protection company has found an interesting niche and is looking to make the most of it. 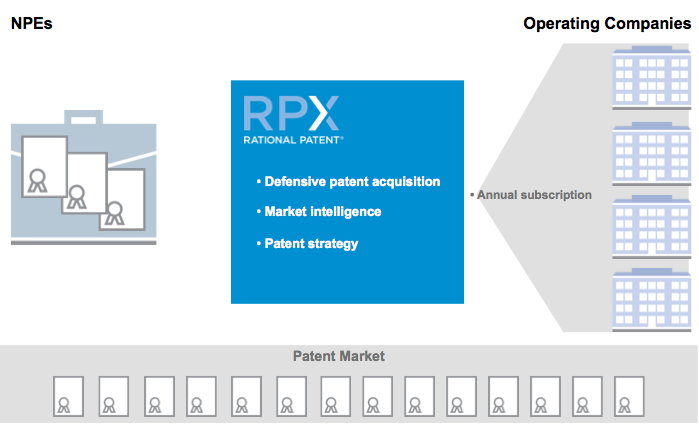 RPX has an innovative way of protecting its clients' own innovations. Source: RPX.

Those who follow the technology sector know how common it is for companies to make allegations of patent infringement. Even when those claims are baseless, they can distract a company from the business of innovation and further development, instead derailing them over years of costly and time-consuming litigation. In order to fight these so-called patent trolls, RPX (RPXC) aims to provide the protection that tech companies and other innovators need from having to deal with frivolous lawsuits and other intellectual-property attacks. Coming into Tuesday afternoon's fourth-quarter earnings report, investors hoped that RPX would be able to sustain its impressive growth, and although the company faces some challenges in 2015, things continue to look up for the patent-defense company. Let's take a closer look at how RPX did in the fourth quarter and whether it can truly accelerate its growth pace in 2015.

How RPX fared  in the fourth quarter

If you concentrate solely on RPX's fourth-quarter results, you'll get a mixed picture from the company. The company brought in revenue of $67.7 million for the quarter, up 12% from the year-ago quarter but slightly less than most investors had hoped to see. Adjusted earnings per share of $0.24 equated to $13.3 million of adjusted net income, which was 37% higher than last year's fourth quarter.

For the full year, RPX didn't quite produce the earnings growth that you'd expect looking at its quarterly numbers. Adjusted earnings climbed 1%, and a higher share count actually led to a slight decline on a per-share basis for 2014 compared to 2013. 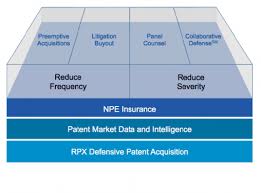 Drilling down, though, RPX had several notable successes. Subscription-based revenue climbed 10% during the fourth quarter and 12% for 2014 as a whole, and given the importance of this recurring revenue source, RPX did a good job of signing clients up. RPX's total number of clients rose by 21% last year to 204, and one of the most notable client additions during the fourth quarter brought Ford Motor (F -1.91%) into the mix. Ford will be RPX's first automaker client and could open the door to more large-scale names.

CEO John Amster was pleased with RPX's results, touting "solid growth and cash generation in our sixth full year of reducing [non-practicing entity] risk for technology companies." Amster further noted that with more than 200 clients in its book, as well as "a growing insurance business and numerous new initiatives under way, we're excited about the opportunities in front of us."

RPX also issued extensive guidance for the first quarter and for the full 2015 year. Expectations for total revenue of between $82.3 million and $82.8 million is quite a bit higher than investors were prepared for, with an unusually high $16.1 million in fee revenue adding to subscription revenue of $66.2 million to $66.7 million. Adjusted net income for the quarter should equate to about $0.35 to $0.36 per share, or about a dime higher than the $0.25 analyst consensus.

For 2015, RPX also expects further success. Total revenue of $285 million to $300 million would be as much as 8% higher than those following the stock had expected to see, but net income of $50 million to $54 million could produce earnings per share that fall short of the $1.06 per share that investors want to see. The company also sees its stock as a bargain, announcing a share repurchase program totaling $75 million, or more than 10% of RPX's current market capitalization.

Longer-term, the potential problem with RPX's business model is that it counts on continuing inefficiencies in the legal system. Right now, the easiest way for RPX's clients to protect themselves from annoying patent lawsuits is to subscribe for its services. Yet given the snail's pace at which patent reform efforts have crawled thus far, concerns about the viability of RPX in the long run seem premature at best.

In 2015 and beyond, RPX shareholders should focus on how well the company does at building its relationships with its clients. With so much mutual trust required on both sides because of RPX's ownership of key intellectual property, clients won't want to leave as long as RPX treats them well and gets the job done.