Please ensure Javascript is enabled for purposes of website accessibility
Free Article Join Over 1 Million Premium Members And Get More In-Depth Stock Guidance and Research
By Jason Hall, Rich Smith, and Steve Heller - Mar 29, 2015 at 10:04AM

Betting against Wall Street can lead to huge returns. Have our experts unearthed three gems that Mr. Market is missing?

There are few things more satisfying as an investor than finding a stock that Wall Street is wrong about, and riding it to market-crushing returns. However, the flip side of this coin is, of course, being dead wrong yourself, and ending up on the losing side.

We asked three of our top specialists to identify a stock that Wall Street is wrong about. Steve Heller and Rich Smith gave us two big industrials that look to be trading at a big discount to their actual values, while Jason Hall offered up a small, more speculative investment that he says Mister Market just doesn't know how to value yet. 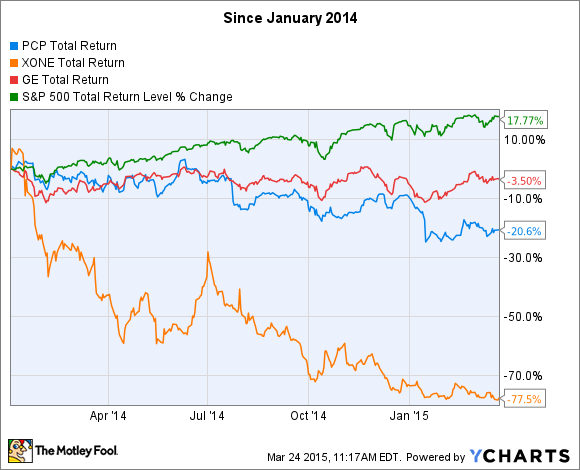 Steve Heller: Whenever Wall Street gets disappointed over a company's quarterly earnings or future outlook and the stock plunges, it can act as a great buying opportunity for long-term investors, assuming the business' underlying fundamentals remain intact. That's exactly what I think has happened to shares of metal forging specialist Precision Castparts ( PCP.DL ) since the onset of 2015, even though the company continues to be well positioned for a tremendous, multi-decade opportunity in aviation.

Precision's stock took a nosedive after it reported preliminary fiscal third-quarter earnings in mid-January well below The Street's expectations. Management attributed the weakness to headwinds currently facing the oil and gas industry brought on by uncertainty regarding oil prices, a major aviation engine manufacturer "destocking" its inventory, year-end shipment deferrals at the request of customers, and a plant equipment upgrade that took longer than anticipated. 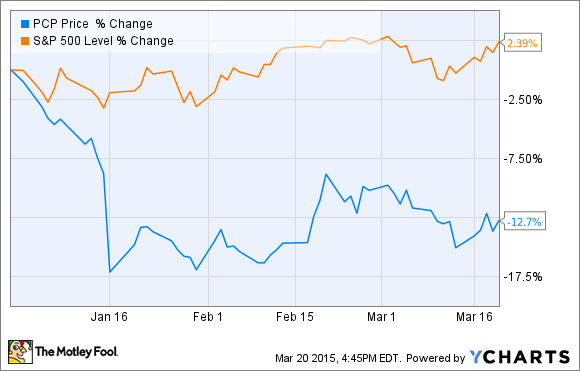 However, despite these challenges, CEO Mark Donegan remains confident that the underlying momentum of Precision's aerospace business hasn't changed -- a welcomed sign for investors, considering 70% of the company's sales are driven by aerospace demand -- an industry with bright long-term prospects. Over the next 20 years, Boeing forecasts that 36,770 new airplanes will be needed across the world, which it estimates will be worth a combined $5.2 trillion.

This is an opportune dynamic for Precision, because the company claims there are few exceptions in which aircrafts aren't flying with parts made by the metal forger. In other words, since Precision's largest business is in position to benefit from strong future airplane demand, it should help the company weather the impact of lingering headwinds it faces today.

All things considered, shares of Precision are trading at 16.2 times trailing earnings, representing an 18.8% discount to the S&P 500. I think this is a classic case where investors aren't thinking long-term enough.

Jason Hall: I have to be honest: I'm not sure that Wall Street is pricing ExOne Co. ( XONE ) stock "wrong" today. After all, the company has fallen short of analyst expectations pretty much every quarter since it went public, and it is burning through the cash proceeds from that IPO at a pretty high rate. However, I'm relatively sure that Mr. Market isn't looking at the company the right way.

ExOne is incredibly small by most measures, especially when you consider that it supplies multibillion-dollar industrial behemoths (like the one Rich discusses below) with printers that make complex parts for machines that can cost tens -- or hundreds -- of millions of dollars. And it's the so-far small size of the company that has a hand in why the stock has done this since going public: 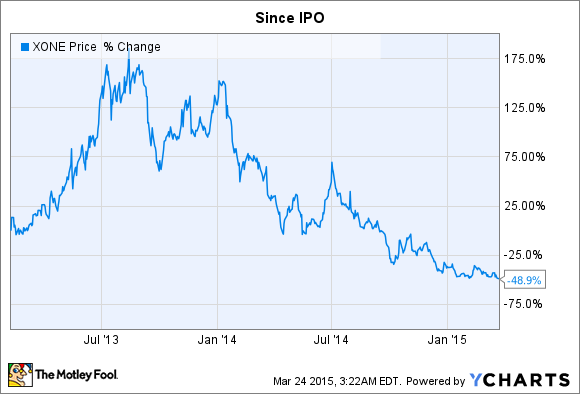 So how should we be looking at ExOne? In short, stop getting caught up in the lumpiness of the machines business. ExOne's 3D metals printers cost significant amounts of money, and one or two machines can significantly impact its top and bottom lines. And since these machines have a major effect on a customer's operations, it can take months for a sales cycle to play out, and months more for a customer to have its facilities and people ready for implementation.

The company's strategic focus on expanding its ExCast and PSC businesses -- wherein it prints parts and sand castings and sells them to customers -- is paying dividends, and growing at a "25% to 35% level" according to CEO Kent Rockwell. More important -- and something management has pointed out many times before -- the customers that ExOne prints components for are far more likely to turn into machine buyers down the road.

From a valuation perspective, ExOne is trading at a lower price-to-sales ratio than much larger competitors 3D Systems and Stratasys. Investors would be well served to keep the long-term view in mind, and not get too caught up in ExOne's lumpy results -- and Mr. Market's inevitable big reaction up or down each quarter.

Rich Smith: Over the past year, the S&P 500 index of America's biggest companies has grown a healthy 12% -- but one of the biggest companies on the S&P has not. I'm speaking, of course, of General Electric ( GE -2.58% ). Its stock has been stuck in negative territory the past 12 months, as the S&P just kept climbing. Clearly, Wall Street is not at all keen on GE these days.

But just as clearly, Wall Street is wrong.

Priced at less than 17 times earnings, and under 14 times forward earnings, GE stock is about 24% cheaper than the average stock on the S&P. This is probably because with a 7.4% projected growth rate, most investors fear GE will be growing about 24% slower than the average S&P stock. But I think that's the wrong call.

According to Yahoo! Finance, the average stock within GE's industry, and its sector, is pegged for 15.6%, and 13% growth (respectively). Yet as one of the nation's biggest, and also one of its most innovative companies, GE is a better than "average" industrial stock. To cite just a couple areas in which it's leading the industry, GE recently helped Australia set up its largest desalination plant (addressing fresh water shortages in a globally warming world), and signed its biggest-ever deal from China to sell wind turbines to the energy-hungry and smog-smothered region. Analysts are saying it will underperform its peers by a factor of (roughly) two, but I just don't see that as likely for a leader like GE.

If I'm right, and if GE grows closer to average rates for its sector than it's currently being given credit for, then "14 times forward earnings" probably isn't a lot to pay for such an above-average stock. The more so when you consider that GE also pays its shareholders a thumping great 3.6% dividend yield.

All things considered, I think the odds favor an investment in GE stock today.