Please ensure Javascript is enabled for purposes of website accessibility
Log In Help Join The Motley Fool
Free Article Join Over 1 Million Premium Members And Get More In-Depth Stock Guidance and Research
By Andrew Tonner – Apr 14, 2015 at 7:35AM

Previewing five of the highest-dividend stocks in tech to determine whether these high-yielding companies might be worth a place in your portfolio.

The terms "dividends" and "tech stocks" are a bit like oil and water. The two styles of investing are often at odds with one another.

However, even in this most unlikely of sectors, income investors enjoy an ample number of potential dividend stocks. So without further ado, let's look at five of the highest-dividend tech stocks in the market today. 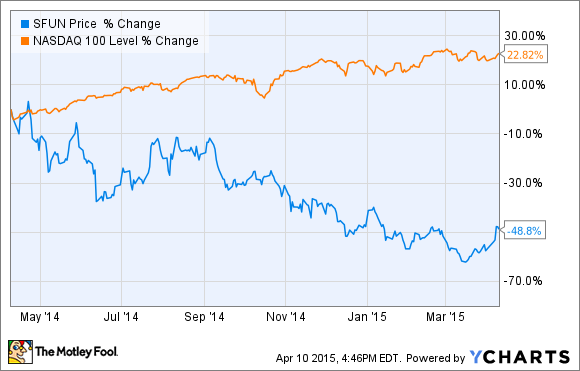 The Chinese real estate listing website has struggled amid a shift in its business model, increased pressure from competitors, and a general malaise in its home nation's real estate market of late. SouFun's stock currently yields 5.4%, but the rewards could prove commensurate with the risks facing the company (read: high).

SouFun paid its first dividend in 2011, offering an alarmingly brief history on which to base an income-investing thesis. Moreover, and perhaps most troublingly, the Chinese real estate market on which SouFun depends for sales continues to show bubble-like signs. Caveat emptor here. 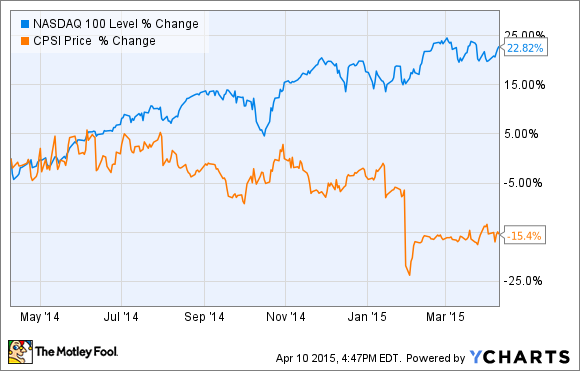 The stock was hammered on the back of a weak earnings report in late January. Computer Programs and Systems' payout ratio should be particularly troubling to income investors. The company faces competition from the likes of athenahealth, and could also face rising costs, according to one analyst. With a payout ratio north of 95% of current earnings, Computer Programs and Systems' seemingly appealing 4.8% dividend might not be as safe as it seems.

Quality Systems (NXGN -0.84%)
Like Computer Programs and Systems, Quality Systems offers a range of software solutions for medical and dental practices, along with an intriguing 4.4% dividend yield. Although its shares have not tanked like those of some of the other names in this article, Quality Systems' stock has still lagged its benchmark over the past 12 months. 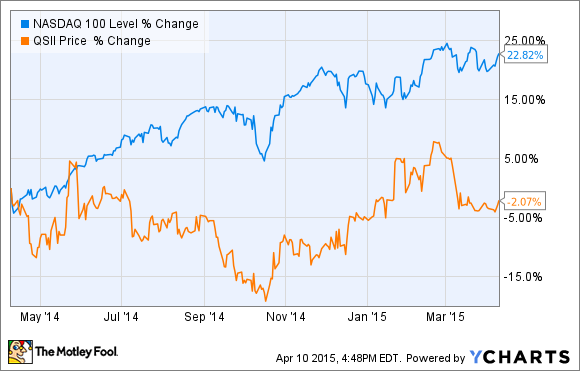 From an income investor's perspective, Quality Systems has an extended -- albeit not massive -- history of dividends, which have been paid quarterly since 2007. This suggests a commitment to consistently providing payouts for income-seeking investors. Its balance sheet also appears relatively safe. 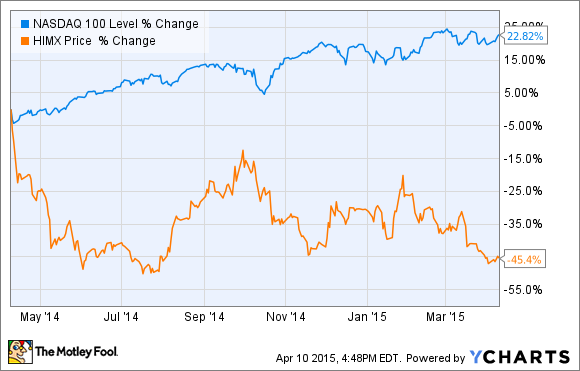 As compelling as that might sound, income seekers would do well to approach Himax with plenty of skepticism. For starters, Himax Technologies has only paid a dividend since 2007, and its payouts have shown a fair degree of volatility since then.

Even more worrisome, Himax has been hit with a number of analyst downgrades over the past several months, all citing concerns about possible losses of business from Himax's smartphone display partners. I know I'm starting to sound like a broken record here, but there are probably safer dividend stocks in the market.

Garmin (GRMN -1.78%)
Of all the names on this list, Garmin is by far the most recognizable. What's more, Garmin's 4.1% dividend yield and widely diversified product portfolio make it a seemingly attractive option for dividend investors. However, there is likely danger on the horizon for Garmin as well. 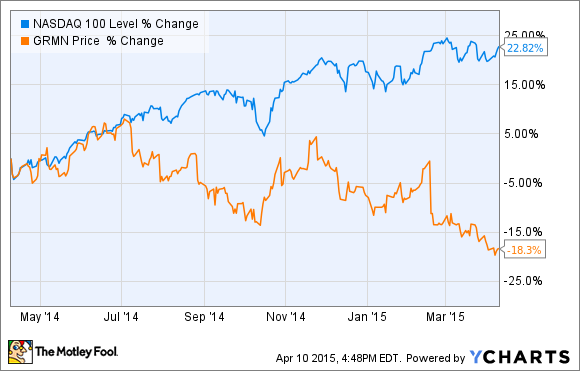 Garmin operates five different reporting divisions, two of which appear ripe for disruption. With the trend of in-car technology only likely to blossom in the years to come, many in-car products from Garmin's automotive segment could become obsolete. Its Automotive/Mobile segment contributed 43% of company revenue last year.

Similarly, Garmin's fitness segment, which generated 20% of total revenue last year, will likely find itself in the crosshairs of large smartwatch producers such as Apple and Samsung. It's important to note that these two movements likely won't completely eliminate the use cases for either segment. However, with a substantial portion of Garmin's revenue base seemingly under threat by what should be largely inevitable trends in technology, this is yet another high-yielding stock that might prove riskier than expected.

Foolish takeaway
Many of these high-yielding companies might seem disappointingly risky after this initial analysis, but that also highlights an unpleasant truth about high-yielding investments. Often -- but not all the time -- stocks with massive yields also come with genuine risks.

Since income-seeking investors (for example, retirees living off those payments) usually prize the stability of their payouts, it might make more sense to look at more traditional dividend-paying names in the technology space, such as Intel, Cisco, Qualcomm, or IBM, rather than reaching for yield. However, this is also just an overview of several of the highest-yielding names in the space, and any investor must perform more research and due diligence before ever making a purchase decision.