When it comes to a unique mining niche, Molycorp Inc (NYSE: MCP) is in a rare bread. Unlike most other miners, however, it doesn't really serve the Chinese market -- it competes with China. That's been a bad thing in recent years, and it has left Molycorp and its rare earth metals business in the dumps. A new deal with Siemens AG (ADR) (OTC:SIEG.Y), however, has investors excited that things are looking up... but are they?

Rare earth
Seventeen chemical elements make up the rare earths category. These elements have unique magnetic, luminescent, and electrochemical properties that allow technology companies to do such wonderful things as reduce weight, increase efficiency, cut emissions, and increase speed and durability, among other things. Your iPhone would be the size of a brick without them. Molycorp's products are vital to the modern world.

That, however, hasn't translated into a robust business. For example, Molycorp has lost money in four of the last five years. It lost $2.70 a share last year, up from a loss of $2.21 in 2013. And while sales increased through 2013, a modest positive when compared against the bottom line, 2014 saw a nearly 15% top-line decline. To be fair, spending on a key facility that will support long-term growth is partly to blame, but that's not the only reason for the red ink. 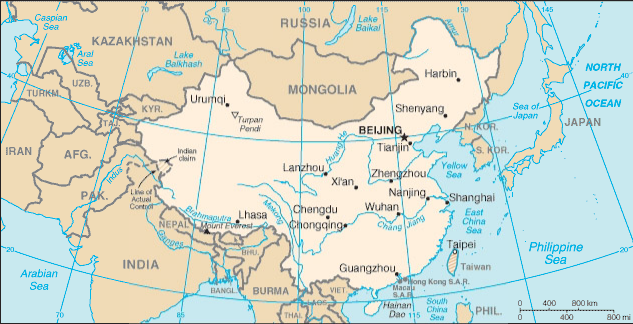 One of the biggest problems for Molycorp is pricing. China supplies roughly 85% of the rare earths used globally. The country has long used restrictions, quotas, and levies to control its rare earths industry. Because of its importance to the overall industry, these efforts, combined with broader economic and industry trends, have reeked havoc with pricing.

For example, between 2008 and 2011, the price for Lanthanum, used in the petroleum refining industry, increased over 1,100%. By the end of 2014, it had fallen 95% from that high. While that's an extreme example, the up-and-down trend is similar across all of Molycorp's businesses. It's also worth noting that there's a large black market for rare earths in China that also puts a damper on prices.

Overly happy
Despite this huge industry negative, investors were recently cheering a decade-long supply deal with Siemens for rare earths that will go in the industrial giant's windmills, bidding up Molycorp shares over 70% on the news. It is, indeed, good news, though terms of the agreement weren't released. However, this one deal won't materially change the big picture at Molycorp. And volatile pricing is just one piece of the equation.

For example, Molycorp has had to address a "going concern" statement made by its auditors. CFO Michael Doolan provided details during the fourth-quarter conference call: "As we have discussed, we have incurred and will continue to incur operating losses due to continuing softness in product pricing, inconsistent or depressed demand for our products and the delayed ramp up of operations at our Mountain Pass facility. We do have a substantial amount of debt including approximately $206 million convertible notes maturing in 2016 and have significant capital requirements including interest payments."

In other words, Molycorp doesn't make money and isn't expecting to make any in the near future. In fact, interest payments alone ate up roughly 35% of the company's revenue last year. That's a huge hurdle to overcome while you're still trying to build out a key facility. One deal, even though it's with an international giant like Siemens, won't change the debt overhang, here. And it certainly won't do anything to alter industry pricing.

Best left to others
Tiny Molycorp is careening on the edge of solvency in an industry that's seen pricing collapse. It's no wonder shares trade for less than $1. Although the upside potential is huge if commodity prices recover in time to keep Molycorp's doors open, the Siemens deal isn't likely to be the turning point. All but the most aggressive investors should stay on the sidelines for this one.

Could This Deal Bring Molycorp Back From the Dead? @themotleyfool #stocks $SIEG.Y Next Article
Current