But Fidelity hasn't been left behind by the big move to low-cost index funds. Fidelity has offered index funds for over 25 years now, and it has a solid family of low-cost options for investors with as little as $2,500 to invest. 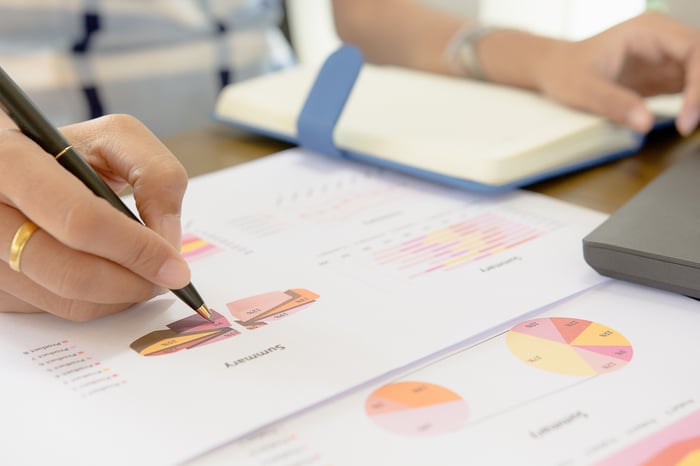 Fidelity's Spartan family offers solid index funds at low cost
Fidelity's "Spartan" family of low-cost investments includes fourteen index funds. Each of these funds is offered in two classes: "Investor Class," with a minimum investment of $2,500, and "Fidelity Advantage Class," with a higher minimum of $10,000, but slightly lower fees. The funds have no loads, but Fidelity will charge you a "short-term redemption fee" if you trade out of these funds in less than 90 days. That's meant to discourage short-term traders.

The Spartan range covers U.S. stock indices of all the major asset classes, as well as a few international stock indices. There's also a section of bond index funds, and a fund that seeks to track the Dow Jones U.S. Select Real Estate Securities Index, which includes REITs and similar investments.

Here's the list, with the gross expense ratios for each of the two classes and Morningstar's overall rating of the fund. (Note that Fidelity frequently reimburses a fund's expenses to lower its "net" expense ratio. The expense ratios I've cited don't include those reimbursements, if any -- but the actual expenses you would pay might be lower. Check the funds' prospectuses to find out.)

Remember that the performance of low-cost index funds tends to be tightly grouped -- they're all going to be close to their benchmark index most of the time. The Morningstar rating gives us an idea of how the fund performed within its peer group, but those Morningstar groups include actively managed funds as well as index funds. A 2- or 3-star rating isn't a reason to dismiss an index fund if it's otherwise convenient for you to invest -- for instance, if you already have a Fidelity account, or if it's an option in your 401(k) plan.

Generally speaking, the Fidelity Spartan index funds aren't the cheapest you'll find anywhere, but they're all pretty cheap, and they're all decent options.

Fidelity NASDAQ Composite Index Fund does just what it says on the label: Seeks to match the performance of the NASDAQ Composite Index. It does it pretty well, too: Despite a steep-seeming 0.55% gross expense ratio and a 0.06% "distribution and service fee" (also known as a 12b-1 fee), the fund has a five-star Morningstar rating, and its 10-year total return of 10.29% is very close to the index's 10.46% return over the same period. The minimum investment is $2,500, and there's no load, although there is a "short-term redemption fee" of 0.75% if you leave the fund within 90 days of your initial purchase.

Fidelity also offers an intriguing product called the Fidelity Four-in-One Index Fund. This fund holds shares of four of the Spartan index funds (Spartan 500 Index, Spartan Extended Market Index, Spartan International Index, and Spartan U.S. Bond Index) using what Fidelity says is "an asset allocation strategy designed for investors seeking a broadly diversified, index-based investment." It's one-stop shopping, in other words, and with a 0.24% expense ratio it's pretty affordable. It has performed fairly well, getting four stars in Morningstar's "Aggressive Allocation" category. But given that it holds a bond fund, it's not surprising that its 10-year average annual total return (7.02%) trails that of the S&P 500 Index (8.01%). Again the minimum investment is a modest $2,500, and there are no loads or other charges.

The upshot: These are solid, inexpensive, high-quality choices
Fidelity is best known for its stock-picking prowess, and for its big actively managed funds like Fidelity Contrafund that seem to manage to beat the market more years than not. But its index funds are capable, reasonably inexpensive products that are decent choices for an index-minded investor.

Fidelity Index Funds: What You Need to Know @themotleyfool #stocks Next Article
Current