Please ensure Javascript is enabled for purposes of website accessibility
Log In Help Join The Motley Fool
Free Article
Join Nearly 1 Million Premium Members And Get More In-Depth Stock Guidance and Research
By Brian Stoffel – May 2, 2015 at 11:22AM

There's a little-known rule that could super-charge your 401k savings. 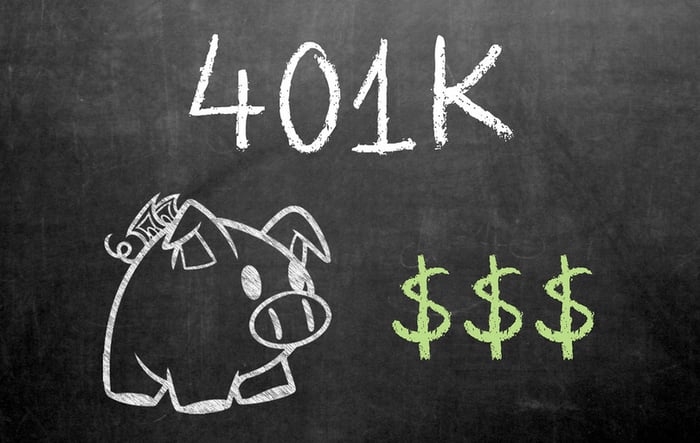 Do you know the maximum 401k contribution for 2015? Photo: GotCredit, via Flickr

Recently, we had a dust up here at The Motley Fool on the subject of 401k plans. James Altucher made a video for Business Insider where he claimed that -- especially for young people -- putting your money in a 401k plan was a complete waste.

Our own Morgan Housel responded by calling out Altucher for ignoring many of the benefits that come with investing in a 401k -- namely, its tax advantages and the fact that companies usually offer a match that is completely wasted if employees opt out.

While Altucher did indeed bring up some shortcomings of 401k plans -- like how much fund managers pay themselves, that's hardly a reason to abandon them altogether. For those who want to take full advantage of their plan, there are three important numbers to keep in mind for the maximum 401k contribution for 2015. 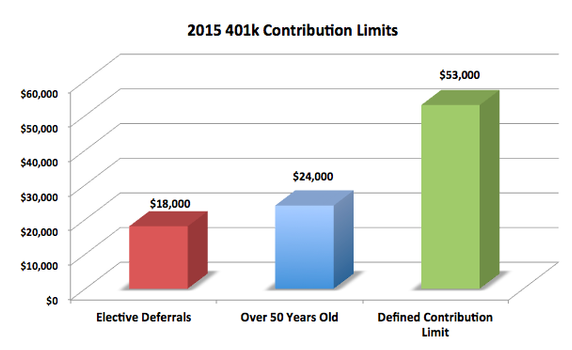 The first number is probably the most important. If you are under the age of 50, you are allowed to put away up to $18,000 in your 401k this year. That's $500 more than last year and -- more importantly -- it does not include any match that your employer might be throwing in. That being said, most companies cap their overall matches at $3,000 to $4,000.

But for high earners, those with ultralow expenses, or empty nesters who may now own their home and have put their children through college -- this little-known limit could be a huge boon. While any money you put away in your 401k above $18,000 (or, for those over 50, $24,000) is not tax-advantaged, you can use a little known trick to your advantage.

First pointed out to me by the Mad Fientist blog, you can convert your nontax-advantaged 401k contributions into a Roth IRA. This means that all that money will be allowed to grow tax-free and -- after the age of 59 1/2 -- be withdrawn tax-free as well.

There are lots of caveats to make this happen, and it's important to consult your own financial planner before attempting this, but to get the nuts and the bolts of the plan, I suggest visiting an earlier piece I wrote on how to ignore Roth IRA limits and use these 401k contribution limits to help accelerate your pace of retirement savings.