Please ensure Javascript is enabled for purposes of website accessibility
Log In Help Join The Motley Fool
Free Article Join Over 1 Million Premium Members And Get More In-Depth Stock Guidance and Research
By Maxx Chatsko - May 9, 2015 at 8:05AM

Many think American manufacturing will remain globally noncompetitive for the foreseeable future, but biotech could change that in a big way.

Doom and gloom often swarms around any discussion about American manufacturing. Offshoring, automation, and cost reductions are cited as leading reasons for Uncle Sam's decreasing manufacturing competitiveness. To be fair, if you believe that low-cost labor and more robots make it difficult for the United States to compete globally, then you would be partially correct.

But America has something few other nations have: abundant and cheap sugar. When that's coupled with the world's best biotechnology sector, the outlook for domestic manufacturing becomes quite a bit rosier -- even if relatively few people today acknowledge its importance. The manufacturing sector isn't just for airplanes and automobiles, after all.

The manufacturing of biology-derived, value-added products in the United States could drive billions of dollars of growth at manufacturers such as The Goodyear Tire & Rubber Company (GT -0.69%) and DuPont (DD), sugar gatekeepers such as Archer Daniels Midland, and technology developers such as Solazyme (TVIA). In fact, much of the foundation is already in place.

Meet the bioeconomy
Products derived from biology contributed an estimated $350 billion to American GDP in 2012, according to author, entrepreneur, investor, and bio-go-getter Dr. Rob Carlson. This sliver of the economy is referred to as the bioeconomy, which was growing at approximately 15% annually and accounted for nearly 7% of total U.S. GDP growth in 2011 and 2012.

Carlson's time-intensive efforts to track the bioeconomy's progress have been difficult and are simply estimates (today, there is no official filing code for biology-derived products that companies can use when reporting financial results), but Agilent Technologies recently released its breakdown of the $125 billion in business-to-business sales for the industrial biotechnology portion of the bioeconomy. Here they are presented side-by-side Carlson's estimates for the overall bioeconomy: Of course, despite the overall $125 billion contribution to the economy, only one category contributing to industrial biotechnology could be included in manufacturing sector results: chemicals. According to the Bureau of Labor Statistics, the manufacturing sector includes "establishments engaged in the mechanical, physical, or chemical transformation of materials, substances, or components into new products."

Exactly how much of the estimated $66 billion in chemicals derived from biology in 2012 can be attributed to the $2.09 trillion manufacturing sector is unclear, although the maximum contribution would have represented 3.2% of total American manufacturing output. Not bad, but that should be much, much higher in the not-so-distant future.

How will manufacturers tap the bioeconomy?
Industrial biotechnology isn't just for biofuels and niche food products. Biology can make everything from car tires to carpeting, electrical wires to building materials -- replacing and, in many cases, beating petroleum-derived products. Take a look at the range of applications renewable-oil manufacturer Solazyme could target with its algal oils, which are currently used in cosmetics, drilling lubricants for the oil and gas sector, and food ingredients produced at two American manufacturing facilities. It seems that every industrial biotech company has presented a slide similar to this at one time or another. Image source: Solazyme.

But if you think such a future is all hype, then consider the products already on the market today and those that will launch within the next 24 months.

In Tennessee, DuPont has been producing commercial quantities of the polymer 1,3-propanediol from engineered bacteria since 2006. The biopolymer makes up 37% of the company's Sorona fibers, which are used to make everything from carpets to vehicle interior components. Carpets produced using Sorona are naturally stain resistant and emit fewer gases after installation than traditional nylon carpeting. Those benefits were a key reason carpet containing Sorona was featured at Puppy Bowl 2014.

Industrial biotech company Amyris is engineering yeast to produce a renewable hydrocarbon called farnesene, which can be converted into a range of products. Farnesene-derived performance polymers could replace petroleum-derived additives in tires, such as those currently in testing by global tire brands such as Goodyear Tire & Rubber. Premium tires (key growth drivers for tire companies) manufactured using the new formulation enjoy lower production costs, increased performance, and prolonged road life. For now, however, Amyris is focused on cheap sugars in Brazil and Europe, although there's no reason biotech tires can't be produced in the United States.

Of course, not everything that can be included in the bioeconomy has to be derived from engineered biology. Ecovative is perfecting its platform for Mushroom Materials, which can be grown into virtually any shape with a relatively low-tech, low-cost manufacturing platform. Its mushrooms can be grown into materials for automotive, packaging, insulation, and even surfboard applications at manufacturing plants in New York and Texas. 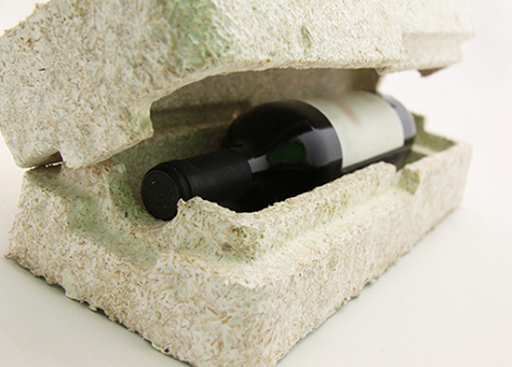 And the list goes on, with many innovative start-ups progressing closer to commercial-scale production of new biology-derived products every year.

What does it mean for investors?
We tend to overlook many of the products we use everyday that are already derived from biology, but in the near future we'll see more functional and more complex products -- bio-based electronics, digital storage devices, bricks, and the like -- that will end up in the hands of consumers. The good news, from an economic perspective, is that the United States is poised to lead the way in the future global bioeconomy thanks to its abundant sugar harvest, leading biotechnology sector, and skilled workforce. Cheap labor won't rule manufacturing, or at least not every type of manufacturing, forever.

So while it may not be discussed very often today, industrial biotechnology is already having a major impact on American manufacturing. And there is plenty of gasoline on the ground waiting to ignite a major growth phase. All it needs is a spark.