Will moviegoers need to stock up on these for the movies below? Source: Flickr user Gideon.

The  summer box office season has shifted into gear, and the race for glory is heating up. While studios are increasingly looking to spread big movies throughout the year, the summer season is still generally the most crucial period for the film business.

Unfortunately, the summer season also typically plays host to a series of films that underperform commercially and leave the companies behind them wondering if the production and advertising money might have been better spent elsewhere. Here's why Time Warner's (NYSE: TWX) Mad Max: Fury Road, Viacom's (NASDAQ: VIA) Terminator Genisys, and 21st Century Fox's (NASDAQ: FOX) Fantastic Four could wind up as this season's big casualties.

Mad Max: Fury Road
The updated take on the cult favorite Mad Max movies has a lot going for it: the movie has an arresting visual style, a 98% positive critical average on review site Rotten Tomatoes, and it's directed by the man who brought the series into existence. That said, it's also an R-rated movie with a reported production budget of $150 million set in an arid desert landscape--a broad backdrop that has played host to some of the biggest flops in movie history.

Time Warner is counting on Mad Max to launch a new franchise, and recently stated in its first-quarter conference call that it views Fury Road as a potential blockbuster, but it appears the film could perform similarly to last year's disappointing Edge of Tomorrow. Early tracking for Mad Max estimates the film's domestic opening weekend box office in the $40 million range, which would be a letdown given the film's production and marketing costs.

Unless the film rides stellar word of mouth and strong international performance, Warner's Mad Max might rely on the home market to achieve profitability.

Terminator Genisys
In the annals of science fiction, few movie series carry more clout and prestige than Terminator. This summer will see the second attempt in the last decade to launch a new trilogy based around the beloved property, after the box office performance of 2009's Terminator Salvation crushed what would have been an ongoing storyline.

Early reactions to promotional materials for Terminator: Genisys have been mixed, with the reveals of big plot points angering dedicated fans of the series and little evidence that Viacom's attempt to win masses of new fans to the series will be successful. 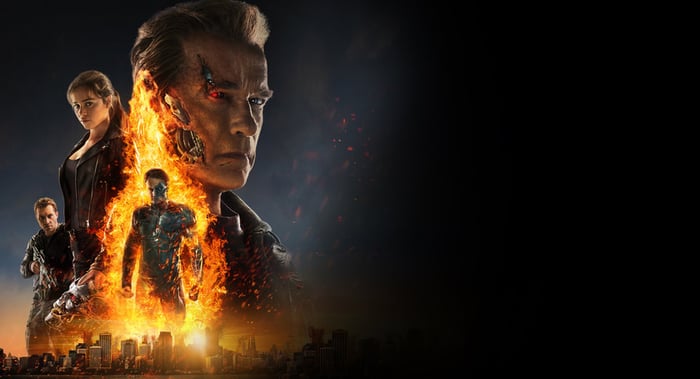 The Terminator series has been in box office decline since the landmark release of Terminator 2 Judgement Day in 1991, and the quality of subsequent releases has diminished the potency of the brand to the point where Genisys could be a make or break moment for the property. The upcoming film, set for release on July 1, probably won't feature revolutionary special effects that captivate audiences to the extent that Terminator 2 did, and the appeal of the cast is also in question.

Arnold Schwarzenegger's last four wide-release movies have all fallen short of $40 million at the American box office, and Game of Thrones star Emilia Clarke might be miscast as the series' battle hardened matriarch, Sarah Connor. With an estimated production budget of $170 million, the timeline for a new Terminator trilogy will be seriously disrupted unless Genisys proves to be of significantly higher quality than Terminator Salvation.

Fantastic Four
The Aug. 7 release of 21st Century Fox's Fantastic Four reboot is a big moment for the company. Fox has a much smaller catalog of superhero licenses to work with than do movie biz rivals Disney and Time Warner, and outside of Avatar, the company is in need of properties to energize its film slate.

The latest take on the Fantastic Four features the acting talents of Hollywood up-and-comers Miles Teller and Michael B. Jordan, but reports of a troubled production cast clouds of doubt over the film's future. Director Josh Trank was set to helm a Star Wars spinoff for Disney, but the director's behavior during the making of Fantastic Four reportedly prompted the House of Mouse to move in a different direction. News that stars Hugh Jackman and Jennifer Lawrence are wrapping up their involvement in Fox's crucial X-Men series puts even more pressure on Fantastic Four.

If Fantastic Four underperforms, Fox will have to decide whether to trudge ahead with a sequel or ready another reboot, as the license will revert to Disney if the company fails to release a movie within a contractually specified time period. Such a scenario already played out with Daredevil -- a character and property that Disney and Netflix have utilized to good effect after Fox couldn't get it right.

Which studio has the most to lose?

Even if these three films were to be flops of equal measure, the companies behind them would not be affected equally. Mad Max failing to set the box office aflame would represent another unfortunate big-budget underperformance for Warner, particularly as the film is high quality by most reports, but the company has a large stable of valuable properties to fall back on.

Movies account for a smaller portion of Viacom's revenues than of Warner's or Fox's, but the company also has a new Terminator TV series in development, and a poor showing from Genisys could cripple the project.

Fox has the most hanging on the performance of the movies on the list, because it has to keep making presumably high-budget films in the Fantastic Four franchise if it wants to retain the property, and another failed attempt could sour audiences on the characters and doom future reboots. The company scored a big win with last year's X-Men: Days of Future Past, but news that key talent intends to depart from Fox's marquee superhero property raises questions about the strength of its comic movie universe, and puts extra pressure on this summer's Fantastic Four.