It's easy enough to assume that coal has always enjoyed a top spot in America's energy portfolio. It's the solid "black gold" that fueled our steam locomotives and powered our factories. But before coal, there was an even earlier energy source: wood.

Wood warmed Americans (and all humans) long before coal came around, but in less than half a century, coal had crowned itself energy consumption king. From essentially zero consumption in 1850, Americans were using coal twice as much as wood by 1900. So what changed in the market, and what lessons can investors learn for their latest analysis of natural gas's takeover? 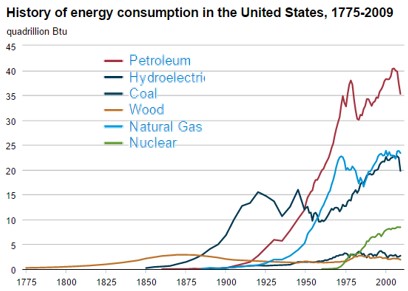 Did this give coal an unfair advantage over wood? Absolutely. The government identified a new energy opportunity and tried its hardest to get its economy there as fast as possible. The same support system that built out coal is now killing it. Environmental regulation is a form of "anti-subsidy," causing utilities like Duke Energy Corp (NYSE:DUK) to close down coal-fired plants in exchange for natural gas. It's also why American-based coal stocks like Arch Coal Inc (NYSE: ACI) have lost 98% of their value in the past decade while the S&P 500 (SNPINDEX:^GSPC) has gained 77%. 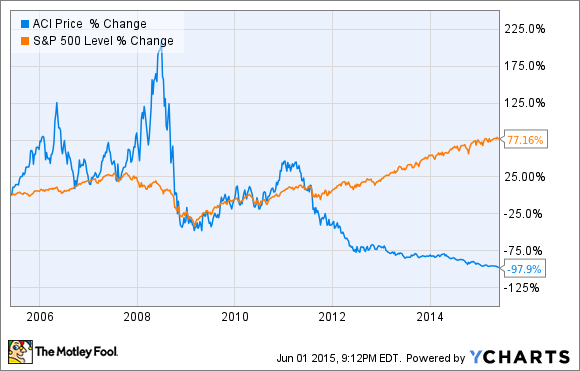 2. Renewables don't mean forever
But this history lesson also teaches us a valuable lesson about alternative energy: All renewables are not created equal. Let's not forget that wood itself is a renewable energy source. Trees grow with sunlight and water. But its lack of energy density rendered wood a subpar substitute for coal, and recent biomass efforts have yet to hold scalable promise. Ethanol is a faint memory of a failed idea, and large-scale hydropower plateaued long ago in America. Hydropower has even recently seen its renewable reach shrink in drought-prone regions like California.

Investors need to keep their wits about them. Not all renewable energies are created equal, and what's good today may be gone tomorrow. Everlasting energy doesn't mean everlasting promise or profit. Don't invest in an energy source -- invest in a powerful idea with potential for adaption and evolution in an ever-changing energy economy.

3. Who knows what's next

Coal went from being a next-to-nothing resource to America's preferred energy source in little more than 25 years. More recently, we've seen similarly fast jumps in natural gas, wind, and solar generating capacity across the nation. The natural gas boom was assisted by both a discovery of America's massive supply and advances in extraction technology (namely fracking).

For wind and solar, a combination of government support in the wake of environmental reckonings and technology have helped these two renewable resources go mainstream. And for the next 25 years, the Energy Information Administration expects these three energy sources to collectively account for nearly all new capacity additions.

But natural gas may not be all it's cracked up to be. Solar investors may be looking in the wrong place for winning solar stocks. And wind energy may take an offshore turn before it ever reaches reasonable scale. The most important lesson in America's transition from wood to coal is that few can predict what will power us next -- and acknowledging that is the smartest step toward making the right investments.

The new coal?
Coal-fired power generation may be over in America, but it's less clear what the true fuel of the future is. If history and the rise and fall of wood have taught investors one thing, it's to expect the unexpected. Remove rhetoric, destroy dogma, and dive into a new energy investment strategy that digs deeper than picking one power source.