Please ensure Javascript is enabled for purposes of website accessibility
Log In Help Join The Motley Fool
Free Article Join Nearly 1 Million Premium Members And Get More In-Depth Stock Guidance and Research
By Daniel B. Kline – Jun 23, 2015 at 8:57AM

The two phones are incredibly important to their companies, and consumers and reviewers like them both.

Essentially, there was the iPhone and nothing else, with every other model by every other company competing for second, or last, depending on how you looked at it. Samsung, however, has managed to make its flagship smartphone a contender. Yet that has not really dimmed Apple's star at all.

The Galaxy, with its latest model, the S6, has mostly built its market share from other Android players. The iPhone 6 remains a huge seller, as does its sister phone, the larger 6 Plus, though to a lesser extent. Samsung hasn't caught up to Apple, but it has broken out of the Android pack as the clear alternative to the iPhone.

Both the iPhone 6 and the Galaxy S6 are important products for their companies, and both have their fans. One, however, means a lot more to its maker than the other. Which is more important?
Apple had $182 billion in 2014 sales across the entire company, according to the company's annual report. The iPhone 6 was launched in the fourth quarter of the year, succeeding the iPhone 5 and 5c. Overall iPhone sales accounted for $101 billion in sales for the company -- over 55% of its total.

Samsung hasn't yet released its 2014 annual report, but we know that it made less than half of its revenue from its IT and Mobile, or IM division, which houses not just its phones but also its tablets. IM is the company's biggest division, accounting for just under 50% of its sales -- the company doesn't break figures down by product, but some of the revenue comes from tablets. 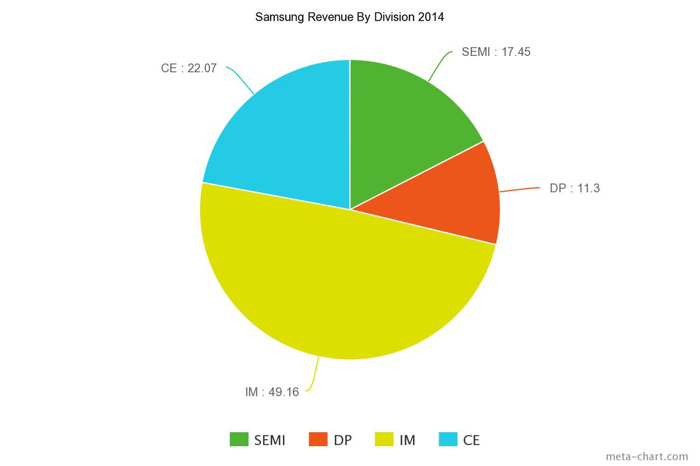 Both flagship phones are important to their respective companies, but the iPhone means more to Apple, as it alone drives a higher percentage of sales.

Which is a better phone?
As an iPhone devotee who owns an iPhone 6 and has been an Apple phone user since replacing my BlackBerry with a third-generation iPhone, I'm a bit biased. I'll also point out that I've never been a fan of Android, despite extensive attempts on my part across multiple devices to warm up to it.

That said, the major difference between the two phones, both of which I have used, is user preference for operating system. Both Apple and Samsung have built thin, elegant phones with all the expected bells and whistles. In their user ratings on Amazon.com, the 16GB Space Gray iPhone 6 model has four stars, as does the 32GB Black Sapphire Galaxy S6.

There are slight variations for different configurations, but both phones generally get four out of five stars across thousands of reviews, which is very good for a best-selling product with so many reviews.

CNET also had positive things to say about both phones. It gave the iPhone four and a half stars upon its release, saying: "The iPhone 6 is an exceptional phone in nearly every way except its average battery life: It's thin, fast, and features the excellent iOS operating system. It was the best overall phone introduced in 2014.

The tech news and review site had similar praise for the S6, which was released earlier this year: "Worldly looks and top-notch specs make the impressive metal Samsung Galaxy S6 the Android phone to beat for 2015."

Overall, based on battery life, features, design, and camera, the iPhone 6 scored a 9.0, while the Galaxy 6S nabbed a nearly identical 8.9. Neither the public nor the professional reviewers can pick a clear winner between the two phones.

It's more of a personal choice
I like the iPhone 6 better mostly because I'm used to Apple's operating system, but that's mostly a matter of personal preference. I'd argue that Apple does have a superior OS and that its mobile payment technology gives it a slight leg up over any rival, Samsung included.

Still, Apple Pay is still mostly a novelty that has yet to reach a widespread audience, as is the case with mobile wallets in general. So ultimately, you can't go wrong with either of these similarly priced phones. It's really a case of which OS you prefer or whether you like one style over the other.