Please ensure Javascript is enabled for purposes of website accessibility
Free Article Join Over 1 Million Premium Members And Get More In-Depth Stock Guidance and Research
By James Sullivan - Jul 20, 2015 at 11:11AM

Disney in any given quarter can have financial improvements in some business segments and regressions in others, but the overall financial picture continues to strengthen. 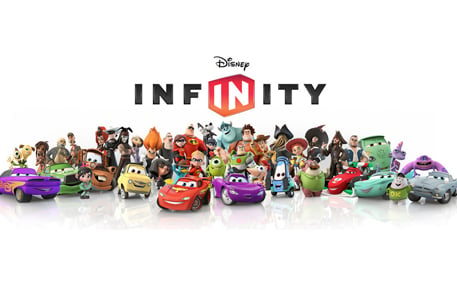 Walt Disney (NYSE: DIS) was founded in 1923 as a cartoon studio, and in the subsequent 92 years it has undergone many changes on its way to becoming the global multimedia and consumer products powerhouse it is today. With a market cap of $200 billion, it relies on being a conglomerate with different divisions to be managed effectively. The overall company is composed of five subdivisions, as well as wholly owned subsidiaries such as Pixar, Marvel, and Lucasfilm. It also has partial stakes in ESPN (80%) and Hulu (32%), among others.

The successful blending of these different businesses under one corporate umbrella has been the biggest factor in Disney's success as a company and a stock over the past five years. Its stock price has appreciated more than 240% over that period, and with dividends the return to shareholders has been even greater. The stock currently has a dividend yield of around 1.1%. The performance of its individual business segments in the most recent quarter shows a somewhat mixed bag year over year with regard to growth of revenue and operating income. When viewing the company as a whole, however, the financial picture is much rosier.

Change in revenue for the quarter ended March 28
Media Networks, Parks and Resorts, and Consumer Products experienced year-over-year revenue growth of 13%, 6%, and 10%, respectively. Disney's two other divisions, Studio Entertainment and Interactive, saw revenue drop by 6% and 12%, respectively.  Disney obviously does break down the financial results of its individual divisions, but since Wall Street tends to focus on the company at large, the divisions get a bit of a chance to naturally ebb and flow. If Studio Entertainment were its own publicly traded company, for example, analysts would probably take a more critical view of its 6% year-over-year revenue drop.

Change in operating income, and the strength of the Disney model
Looking at Media Networks and Interactive together shows how different divisions can combine to provide the best possible future for the company. Year over year, Media Networks grew revenue faster than any other division last quarter and is the largest contributor to Disney in terms of both revenue and operating income: It was responsible for over $2.1 billion of the company's $3.48 billion in operating income for the quarter. The money from cash-cow businesses like this have given Disney the opportunity to invest in smaller opportunities such as Interactive, which may reap outsize rewards in the future. Indeed, Interactive's operating income grew 86% year over year, compared with a 2% decline for Media Networks. While the overall impact remains small -- $26 million of the aforementioned $3.48 billion pie -- the growth is staggering and largely due to its place within the larger company.

The financial picture: better and better
One of the reasons I'm so excited about Disney as an investment is how well it's been able to integrate all of these somewhat disparate business units while continuing to hammer down on efficiency and margins. Five-year average revenue growth is 6.19%, while five-year average EPS growth is 19.34%. Operating margin has increased from 16.96% in 2010 to 23.8% on a trailing-12-month basis. Net margin has followed a similar path. Return on assets and return on equity, the hallmarks of managerial efficiency, have each improved 59% from 2010 to the present. While individual business units may ebb and flow on a quarterly or yearly basis, the overall company remains as strong as ever.

Looking good at current levels
Disney must be able to continue to grow revenue. The chances of doing so look promising, given the slate of movies it plans to release over the next handful of years, along with growth in theme-park attendance and ticket prices, and increasing subscriber and ad fees for properties such as ESPN. Growing revenues from core business lines, cultivating nascent business units such as Interactive, and continuing to squeeze more operational efficiency out of an already wonderful business all lead me to believe that Disney will continue to be a market-beating stock. Its forward P/E is estimated at 20.2, compared with 18.3 for the S&P 500, but that's a small premium to pay upfront for a business that's vastly superior to the average company on the larger index. Disney looks like it could be able to capitalize on its treasure trove of beloved characters and continue to be a compounding machine for patient shareholders for years and even decades to come.