During the next two decades, almost 10,000 Americans will retire every single day. If you're one of them -- or plan to be -- then you need to be sure you're prepared.

Retirees are living longer than ever before, but are also heading into retirement with less wealth than prior generations, leading to an increasing number who are at risk of falling short. Furthermore, the income and wealth inequality that many younger workers are facing is just as significant for Baby Boomers, and is likely to impact the quality of retirement that many face. 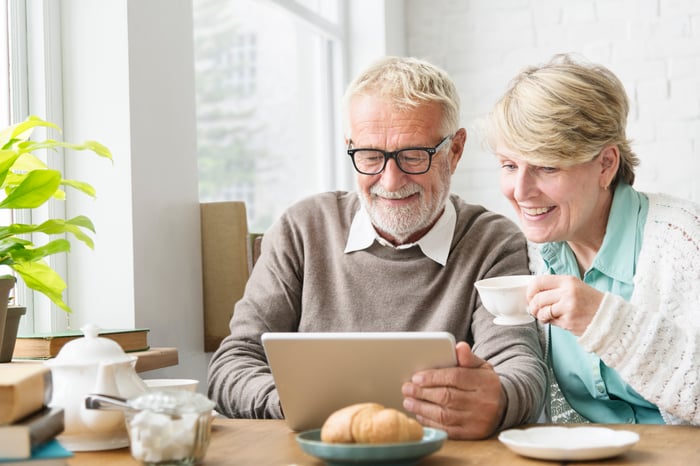 Let's take a closer look at six important retirement facts from recent studies. Where you stack up against your peers may not be important, but what does matter is whether you'll have the resources to live up to your own expectations.

Essentially, 50% more men today are living to 80 versus just a half-century earlier. Furthermore, twice as many men (22%), and 50% more women (34%), who reach 65 will live to 90 years old. There's also a lot of evidence that, not only are people living longer, but they're living more active and healthy retirements.

2. Social Security won't support working-age income levels
Social Security remains a cornerstone of retirement for most Americans, and that's not going to change anytime soon. While average benefits will likely continue to increase as costs rise, the program was never meant to provide 100% of a retiree's income. 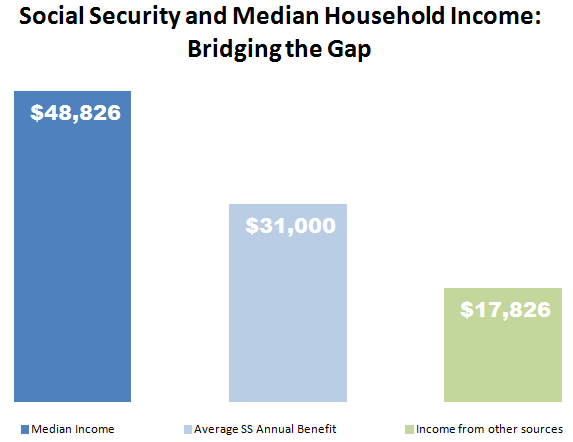 Data source: Social Security Administration. Median income as of 2012; Average benefit as of 2013.

While the median income may not be the right level for you, it can help you consider where you you stand. The bottom line is this: Will your retirement nest egg produce the amount of income you need?

3. Median 401(k) and IRA balances don't bridge the gap
Unfortunately, there's a lot of evidence that income from retirement plans like IRAs and 401(k)s won't bridge that gap for the average retiree. According to data gathered by the Employee Benefit Research Institute, the average 60-something with a 401(k) had just more than $147,000 in 2012. Additionally, the median IRA owner between 65 and 69 had $66,800 invested.

4. Boston College study shows 45% of Baby Boomers will come up short
Boston College's Center for Retirement Research recently released its National Retirement Risk Index, which measures the percentage of working-age households at risk of not being able to maintain the same standard of living after retirement. The most recent study estimated that 52% of current households are at risk of falling short in retirement.

For context, this is well up from levels in the 1980s and 1990s, but a continuation of an upwards trend during the past 30 years. Looking specifically at Baby Boomers, the NRRI estimated that 45% of households are at risk, a slight increase from 44% in the 2010 NRRI study.

Key factors include an increase in the full retirement age for Social Security benefits, the decline in interest rates that has lowered income from savings, and more stringent reverse mortgage rules, making it harder for some people to use their home equity for income.

5. Income and wealth inequality is generational
Income and wealth inequality are popular buzzwords today, as the "one percent" continues to outpace the rest of the population -- especially the poorest -- in both earnings and total wealth growth. And while this is a serious challenge for younger workers, it's not unique to them. The Hamilton Project study cited above found that the median -- where half are above, half are below -- near-retiree household had a net worth about $11,000 lower in 2013 dollars than this prior generation.

However, when you segment the top 50% from the bottom 50%, the story changes. For those in the bottom 40% or below, their wealth is significantly lower -- as much as half to two-thirds of the prior generation. However, those in the top 60% and above have seen their wealth increase by 20% or more. And we aren't just talking about real dollars, but inflation-adjusted dollars, meaning the poorest near-retirees are losing ground, while the wealthiest are doing better and better.

6. Counting on home equity to bridge the gap
This is especially true for many middle-class households, which count on home equity for between 37% and 50% of median net worth. However, it's important to note that more stringent reverse mortgage guidelines are making it more difficult to capitalize on home equity for income.

Will you be ready to retire on your terms?
Where you compare to the stats above is less important than where you measure up against the wealth and income you'll need to meet the standard of living you expect in retirement. Unfortunately, the data above indicates that the average near-retiree will come up short; this means he or she will need to continue working, lower expectations and expenses in retirement, or likely for many, both.

If you find yourself in this situation, it's not too late to take steps today, even if it means delaying retirement a few years, or making some big sacrifices in the short term. If you still have time, use it to your advantage, and start making lifestyle changes today. Not only will this leave you with more wealth when you do retire, it can help you develop healthier spending and saving habits that will pay off when you're no longer drawing a paycheck.